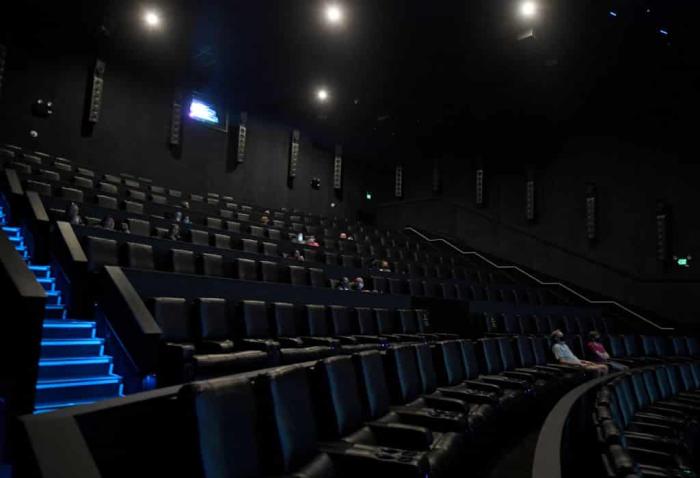 So Just How Bad is the North American Box Office Doing Right Now?

Every Sunday evening, I compile the Box Office Report for this here site. It’s a fun part of the job, one that I find satisfying as well as a helpful indicator of the near-labyrinthine socio-economic circumstances that define Hollywood at large. Of course, things have been a touch different lately, and I’ve put these reports on the backburner as thousands of cinemas across North America and the world closed their doors for months on end. It may take a long time for us to fully gauge the catastrophic impact of COVID-19 on the film industry, although even in the shadow of the continuing first wave of this pandemic, the damage is evident for all to see. Theaters slowly started opening last month despite multiple warnings from epidemiologists, with a handful of releases being pushed not only as major movies of the season but as weathervanes for the state of entertainment. The results have not been encouraging. How bad is it? Pretty bad.

This past weekend, Christopher Nolan’s Tenet took the top spot at the North American box office for the third weekend running. Sounds pretty good, right? That would have been expected news under regular circumstances given the heavy hype and big names attached to the project. Sure, it’s still a success now, but the rules have changed. Tenet held onto the number one spot but it only brought in a $4.7 million gross. So far, its domestic gross is a shockingly small $36.1 million. That’s still more than half of what Disney/Fox’s perennially dismissed The New Mutants has made in one month. The overall box office of this weekend grossed around $10.5 million, despite nearly 73% of domestic theaters now open following a major push (albeit with major territories in states like New York and California still closed.) Compared to 2019, the box office numbers are down around 90%.

Things are somewhat different internationally, but not necessarily in a positive way when it comes to the hopes of Hollywood and the traditional studio system. Disney pulled Mulan from their release slate to make it a Disney+ exclusive but still ensured it would receive a theatrical release in China. This was crucial for the movie given that, as many critics have noted, the live-action remake was essentially produced entirely for that market. Unfortunately for Disney, the results have been disappointing. In its opening weekend, the film topped the Chinese box office but still only brought in around $23 million, which was a mere $3 million more than The Eight Hundred, a local war drama about the Defense of Sihang Warehouse in 1937 Shanghai during the Battle of Shanghai. That film had originally been scheduled for a July 2019 release but was delayed due to ‘technical issues’, which has become shorthand for government censorship. Despite that controversy, the film is now a solid hit. Even in its fourth week of release, it still came close to toppling Mulan, and it did overtake it this week. By contrast, Mulan saw its gross drop by almost 72%. Even Tenet is going better than that.

The sting of these receipts hits all the harder given the exorbitant cost of the films in question. Tenet is reportedly Nolan’s most expensive film to date and Mulan is one of Disney’s pricier live-action remakes. While its official reported budget is $200 million, some sites claimed it was closer to $290 million. Whatever the case, given the production cost as well as marketing and the cost of delays to the release, this was a film that needed to make a lot of money just to break even. Blockbusters have only gotten more expensive to make as the years pass, with evermore reliance on international box office grosses to balance the books. It’s a high-risk, too-big-to-fail system whose foundations were already crumbling long before the coronavirus reared its ugly head.

We were already heading towards a new normal of cinema attendance, wherein general audiences saw the theatrical experience as one exclusive to those Event movie blockbusters — mostly the output of Disney — while everything else was dismissed as streaming fodder. But now, even the Event films aren’t cause enough to get people into the screenings. No event is big enough to stave off the terror of a pandemic, no matter how much governments lie, or corporations reassure us of our safety. Sure, Tenet looks good, but the supposed necessity of seeing such a film is alleviated quite a bit when you have 30+ new things a month on Netflix and everyone else is already offering VOD releases for those long-awaited favorites.

Without government assistance or the benevolent generosity of a few billionaires, a whole lot of cinemas will not survive this pandemic. AMC Entertainment has already been working overtime to avoid bankruptcy this year. Independent theaters have their own host of problems too. This is a business with a notoriously slim profit margin, one made all the more precarious thanks to studio restrictions and often baffling requirements for showing their films (Disney, in particular, is infamous for the ways it demands a higher cut of ticket prices and long-term commitments in terms of screenings.) If even the bigger cinema chains in America are forced to pack up business, what happens next? Well, given the recent news that the Paramount Decrees could soon end, thus once again opening up the possibility of major studios owning their own theaters, we very well could see one of the Big Five (or Netflix) putting in a bid for the likes of AMC. Frankly, I’ll be stunned if Disney hasn’t already considered this costly but beneficial investment.

What the coronavirus has done is further expose pre-existing concerns and financial weak spots in the film industry. These blockbusters were always too big and the over-reliance on unreliable international investment a questionable long-term decision. Now, the unease surrounding such issues has been exacerbated in record time, and all the panic over the future of the theatrical experience is louder than ever, and for good reason. It could take a very long time for the industry to feel confident returning films to theaters, and even longer for people to feel comfortable or safe doing the same thing. Time is the key, but it remains to be seen if there’s enough of it for the cinema as a whole to withstand the damage.


← Finally, a Truly Benevolent Use of Deepfake Technology | How Has 'The Good Place' Never Won a Single Emmy Award? →