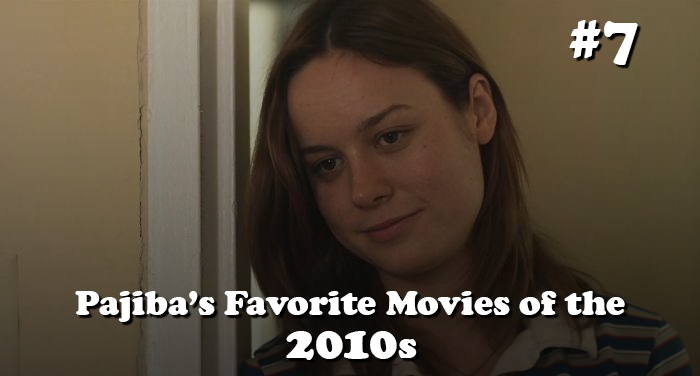 I watched Short Term 12 for the first time at the SXSW Film Festival in 2013 in a tiny, tiny theater with maybe 20-25 seats total. It was in the afternoon, and I nearly bailed because friends were drinking, and I had a bad case of FOMO. At the last minute, however, I decided to watch what would be an incredibly intimate film in a very intimate setting. Ultimately, it was one of the most transportive movie-theater experiences I’d ever had in my life

It’s funny looking back on the film now. The big draw at the time was John Gallagher, Jr., best known then for his work on Aaron Sorkin’s The Newsroom. It was Brie Larson, however, who would turn in one of the most memorable performances of the decade, playing a staff member in a residential treatment facility for teenagers. I recently rewatched the film for the first time in five years, and while Larson’s performance left a mark, I had completely forgotten the supporting cast. It included Kaitlyn Dever, who I knew at the time for her work on Justified — now of course, she’s turned in Golden Globe-caliber performances in both this year’s Booksmart and the Netflix series Unbelievable, in which her character shares the experience of traumatic sexual abuse in common with her Short Term 12 character. Lakeith Stanfield — who went simply by Keith then — played a nearly 18-year-old patient suicidal because he didn’t want to leave the facility after his 18th birthday. Rami Malek is in this, too, as another staff member struggling through his first week and who, on his first day, makes the mistake of referring to the teenagers as “underprivileged kids” to their faces. Stephanie Beatriz also plays a supporting role, using her real voice here (instead of the one she affects on Brooklyn Nine-Nine).

Still, it’s Brie Larson who steals the movie, though at the time, she was best known for a supporting turn in 21 Jump Street and for her role in Toni Collette’s Showtime series United States of Tara. The film comes from then-unknown director Destin Cretton, who has since directed The Glass Castle (with Larson) and the upcoming Just Mercy, again, with Larson (and Michael B. Jordon).

Short Term 12 centers around a week-long stretch at a foster care group home for troubled adolescents. Larson plays Grace, who is also romantically involved with another of the caretakers, Mason (Gallagher Jr.). We discover early on that Grace is also pregnant. Her pregnancy in combination with a new intake, Jayden (Dever) — whose home life mirrors that of Grace’s childhood — opens up a series of psychic wounds that Grace had repressed for years, forcing her to contend with them while simultaneously navigating the troubles of the teenagers in her care.

Short Term 12 is about a damaged woman taking care of damaged children, and while it’s her own traumatic childhood experiences that make Grace such an empathetic staff member, the experiences of those in her care are also triggering for Grace. The emotional traumas of the adolescents bleed into her own, causing her relationship with her boyfriend to unravel under the weight of her own dysfunction.

It really is a beautifully wistful film, and Brie Larson is quietly commanding and serene, a damaged angel trying to rescue her flock. The themes are heavy, but Short Term 12 never gets bogged down by them, ultimately delivering an uplifting and optimistic film about the power of connection. It’s number seven on our list, but honestly, it’s number one on mine.


← I'm Sorry But Would You Look At This Cat Using an Imaginary Keyboard Please?! | Remember When Adrien Brody Bought a Castle for Elsa Pataky Then She Dumped Him For Chris Hemsworth →