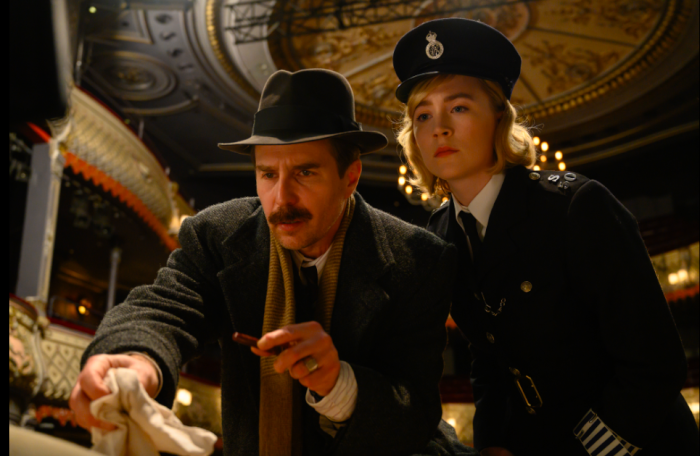 'See How They Run' Trailer: Saoirse Ronan's Stars in a 1950s Caper for Her Latest Period Piece

Did you know that since 2015, every single movie Saoirse Ronan has been in was a period piece? Not counting one cameo voice role and music videos, every single IMDb credit of hers since then has been in a movie distinctively not from our era, or however you would define a period piece, amounting to a total of nine movies and three Oscar-nominations (#JoMarchWasRobbed). Next year, she’ll star in her first Sci-Fi movie in a decade, followed by a contemporary drama in the filming stage. And yes, I’m counting Lady Bird as a period piece. The law says that to count as a period piece, there should be 25 years in between the movie’s setting and its date of release. But if SCOTUS is going to take precedent and do whatever the hell it wants with it, so can I. Plus, from here on out, it’s going to be the movie about the early 2000s.

Lo and behold, her next movie is also a period piece, set in 1950s London, and also, at last, the first time she stars in a comedy through and through! Again, Lady Bird is absolutely a comedy, but more in structure than in tone. But if her SNL hosting gig is any indication, her comedic skills have been there all along, waiting to be put to good use. What better way to do a comedy than to do it with another comedy legend such as Sam Rockwell, under the cop duo format?

See How They Run is directed by Tom George, director and co-writer of the BAFTA-winning This Country, and written by Mark Chappell, creator of Flaked. Saoirse plays the rookie and overeager police constable, while Rockwell plays the seasoned, straight-man detective, and the two are tasked with solving a string of murders surrounding the adaptation of a West End play. Having a roster of top-tier talent is no guarantee of ending up with a great film, but how can this possibly disappoint when you have an ensemble that includes Adrien Brody, David Oyelowo, and Ruth Freakin’ Wilson?

The trailer is a joy to watch, stylized with gusto and the cast clearly are enjoying themselves. I wouldn’t be surprised if this movie was greenlit after the success of Knives Out, which is the best way a hit movie can influence the industry, by giving way to movies that are spiritually similar in style and tone, but with different approaches.

See How They Run will be released in actual theatres on September 9 in the UK and in the US on the 30th, with a limited rollout. For god’s sake, if it’s half as good as the trailer, go and see it or Disney is going to put Fox Searchlight to sleep.