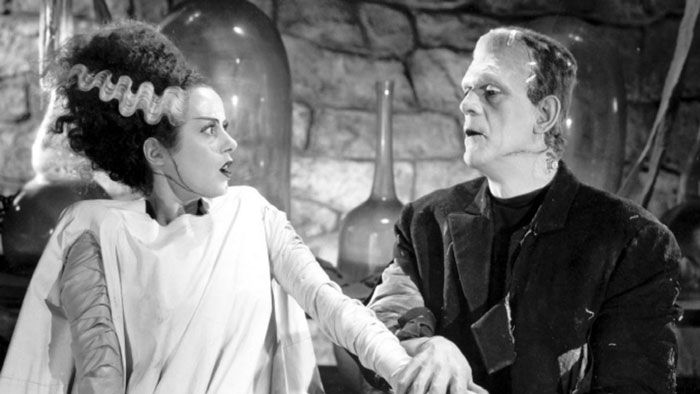 Sam Raimi is becoming the talk of Hollywood. First came word that he might be stepping into the helm of Marvel’s big-budgeted superhero sequel Doctor Strange in the Multiverse of Madness. Now, the Evil Dead Trilogy visionary is being eyed to direct a reboot of James Whale’s 1935 classic The Bride of Frankenstein.

For years, Universal Pictures has been trying to resurrect their classic monsters in compelling new ways. The recent results have been pretty horrid. In 2014, the Luke Evans-fronted Dracula Untold was unleashed (after a pair of postponements). While the box office was decent, the reviews were savage. Three years later, the studio hoped to fare better with A-lister Tom Cruise headlining The Mummy, which was meant to launch their Dark Universe franchise. The film flopped domestically and was almost universally panned.

From there, plans to have Johnny Depp front The Invisible Man, Russell Crowe’s Jekyll and Hyde, and Javier Bardem’s Frankenstein were put on hold, as was a proposed Bride of Frankenstein from Gods and Monsters director Bill Condon. That reboot—which would have starred Angelina Jolie—was intended to open Valentine’s Day 2019, which should give you some sense of how much things have shifted.

Variety reports former Sony producer Amy Pascal is looking to remount the Bride of Frankenstein reboot, and she’s reaching out Spider-Man collaborator Sam Raimi to helm. If the Doctor Strange deal works out, this could be another blow to the project. Still, there’s time, as Pascal needs a script. For that, she’s reportedly talking with David Koepp, who has written such sensational movies as Jurassic Park, Stir of Echoes, and Death Becomes Her.

Koepp was a scribe on Condon’s would-be Bride. At the time, he envisioned her story as one of liberation. Considering how he’s smartly played with horror and feminism in his previous works, I’d personally burn down a village to see Koepp’s take on Bride of Frankenstein. (So, Amy, holler at your girl if you need an assist.)

In the meantime, Universal will release its lastest Classic Monster reboot this month with Leigh Whannell’s The Invisible Man. Produced by Jason Blum under his Blumhouse banner, the leanly budgeted horror-thriller goes in a radical new direction, centering its story on an abused woman (Elisabeth Moss) who believes she’s being stalked by her vengeful ex, who is somehow invisible. Other Universal Monster movies in the works include Dexter Fletcher’s Renfield, Elizabeth Banks’ The Invisible Woman, and Paul Feig’s Dark Army.