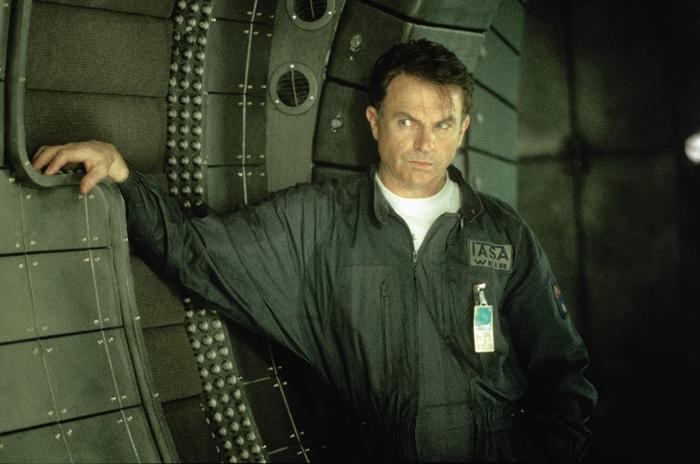 Sam Neill continues to be a celebrity crush who ages like a fine wine, fitting since he’s not only an actor but also a vintner. In today’s edition of Yay For Sam Neill, we’re looking back to 1997’s Event Horizon.

The sci-fi film follows an astronaut crew that investigates a strange spaceship. On the arm of each crewmember’s speed suit is the flag of their native land. Neil, who was born in Northern Ireland but spent much of his acting career in Australia and New Zealand, chose the Australian flag for the speed suit of his character, Dr. William Weir. However, eagle-eyed fans have noticed a difference from the contemporary flag, which looks like this: 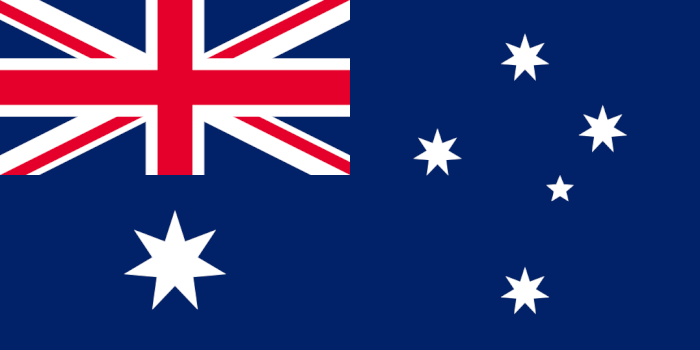 Neill’s version replaces the Union Jack, which speaks to the United Kingdom’s colonizing of Australia, with the Aboriginal Flag, designed by Aboriginal artist Harold Thomas in 1971.

According to a tweet that went viral just yesterday, Neill requested the change because he thought this was how Australia’s flag should look in the future.

For the Sci-Fi Horror film 'Event Horizon' Sam Neill requested that the Australian flag on his character's uniform remove the Union Flag from the corner & for it to be replacedwith the Aboriginal flag, the way he thought it should look in 2047. pic.twitter.com/S9L83aQKic

“We asked last week if any reader could confirm our impression that in the new sci-fi film Event Horizon, Sam Neill is wearing an arm patch that contains an Aboriginal flag and the Southern Cross. Many readers phoned to say that it looked that way to them, too. Best of all, the film′s distributor, UIP, sent us a photo and an explanation.

Apparently the film′s director encouraged the actors to wear the flags of their various countries on their uniforms. Sam Neill had his Australian flag updated to the way he thinks it should look in 2047 (we always knew Sam wasn′t really a kiwi). In a similar spirit, Joely Richardson, who plays a British astronaut, is wearing the flag of United Europe rather than the Union Jack. Monarchists should therefore feel free to stay home.”

This is indeed so. And I wouldn't do it any differently today . https://t.co/sz1guYVlM1 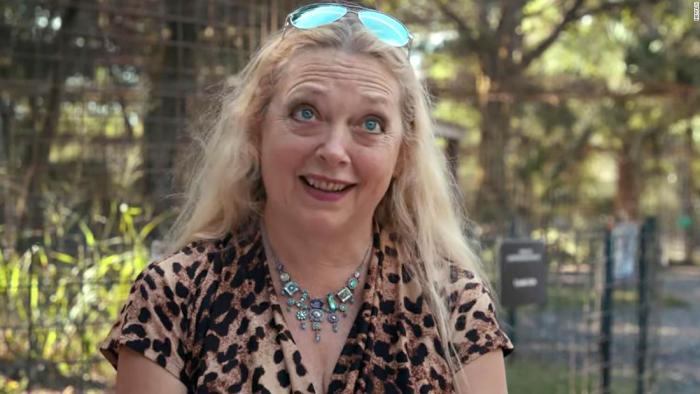 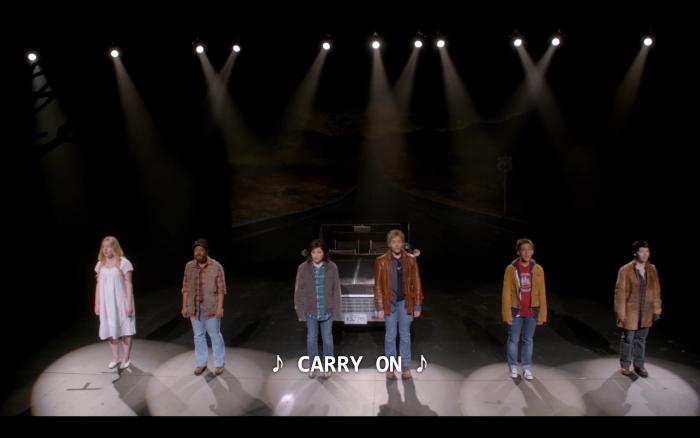 What We Did This Summer: Our 'Supernatural' Journey On Podjiba Ends!