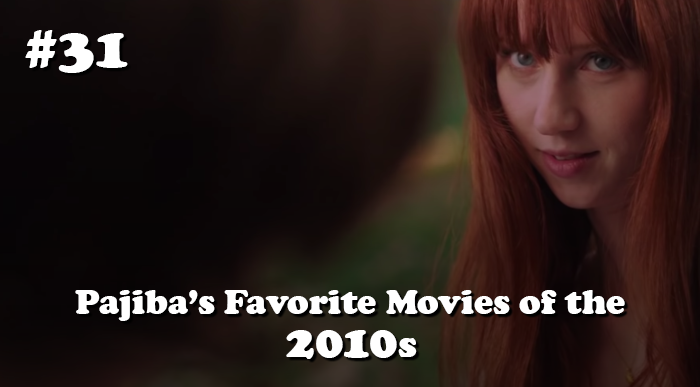 Nathan Rabin coined the term “manic pixie dream girl” in 2007 and I bet he’s really fucking sick of hearing about it.

I myself have long held mixed feelings about the term, feelings that are admittedly a bit different from my peers. I felt that the Naming of the Thing was actually really important, pointing out an inherently damaging presentation of woman as concept, as healer, as a character in a man’s story in film and life alike. Unfortunately, the Name and the Thing were pulled apart and the term began being used as a means to dismiss most female characters who operated in any realm that could be described as “quirky.” It was like misogynyception.

So when Ruby Sparks was released, a film that demonstrated the effects of a male writer’s creation of the female ideal — one that exists inherently as his and not her own — writer/star Zoe Kazan got asked about the “manic pixie dream girl” a lot. And she was definitely really fucking sick of hearing about it.

“What bothers me about it is I think that women get described that way, but it’s really reflective of the man who is looking at them, and the way that they think about that girl. Not about who that girl really is or what her personality actually is,” Kazan told Vulture in 2012. “I think that to lump together all individual, original quirky women under that rubric is to erase all difference…I just think it’s misogynist. I don’t want that term to survive. I want it to die.”

Rabin himself wrote an essay fully agreeing with Kazan and apologizing for ever putting these words into the world.

“And at this point in my life, I honestly hate the term too. I feel deeply weird, if not downright ashamed, at having created a cliché that has been trotted out again and again in an infinite Internet feedback loop. I understand how someone could read the A.V. Club list of Manic Pixie Dream Girls and be offended by the assertion that a character they deeply love and have an enduring affection for, whether it’s Diane Keaton’s Annie Hall or Katharine Hepburn in Bringing Up Baby, is nothing more than a representation of a sexist trope or some sad dude’s regressive fantasy.”

Ultimately, I still have a soft spot for the term and its role for calling out male auteurs for whom women do not exist as people but as ideas, ideals, and impossibles. But we no longer need the words themselves because the more important and crucial piece is for women to tell our own stories, calling out the trope ourselves and dismantling the notion that we don’t get to be people, that we are relegated to love interests and girlfriends and wacky best friends in someone else’s story.

We are our stories. And that is why Ruby Sparks is to me one of the most crucial, important films of the decade.

Ruby Sparks follows Calvin Weir-Fields (Paul Dano), a writer who peaked at a young age and now suffers from crippling writer’s block. He becomes fixated on this silhouette of a woman who appears in his dreams — a silhouette and nothing more; she is conceptual and she is quite literally unreal — and urged by his therapist begins writing about her. The woman he creates, Ruby Sparks, is the specific kind of dream woman romanticized in male-driven films like this, complete with the kind of sexual trauma (she had an “affair” with her teacher while she was in high school, aka, statutory rape with a severe power differential) that is similarly romanticized by those same kind of films/men — a sexy kind of damaged, a woman who needs the love of a good man to cure her of past hurt.

Calvin is the quintessential “nice guy” but a nice guy in the way only a female-written film could depict. He’s the nice guy we’ve loved and years later look back on with a soul-crushing, skin-crawling cringe. He loves Ruby, or specifically his idea of Ruby, so much that she manifests into reality. A real, flesh and blood woman made to his exact specifications. But no woman can remain a concept. Once the glow of the idea wears away, we become people. And women as people are inconvenient. We are imperfect and therefore no longer useful. So Calvin rewrites Ruby to need him more, forcing her to remain obedient and within the fantasy he loves, rather than a complete and total human with her own drive and desires.

In the end, Calvin lets Ruby go. He writes himself out of her story. The story of Ruby is no longer Calvin’s but her own. How many characters, how many actual women ever get that?

Women are not concepts. We are not manic pixie dream girls, we are not damaged creatures needing male saviors, we are not characters in your stories. We are our own stories. And Zoe Kazan and Ruby Sparks understood that.