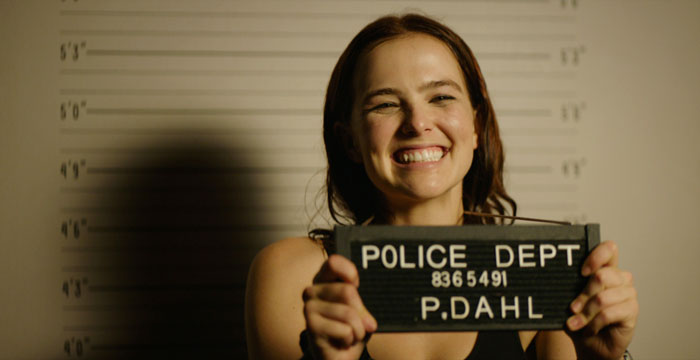 Zoey Deutch has finally found her groove in film. For years, Hollywood’s been plopping this intriguing ingenue into cliched roles as mean girls (Beautiful Creatures and Before I Fall), brooding teens (Vampire Academy) or supporting eye candy (Dirty Grandpa, Everybody Wants Some!!). But Deutch is at her best when she can get weird with it. Don’t let that leading lady face fool you, she has the soul of a promising character actor. For proof, look to her sensational scene-stealing as an unapologetically girly survivor in Zombieland: Double Tap. Or better yet, watch the Deutch-fronted Buffaloed.

Directed by Tanya Wexler, Buffaloed stars Deutch as an ambitious—and amoral—aspiring entrepreneur. Born and raised in working-class Buffalo, New York, Peg Dahl has grown up poor, eating ten-cent wings for dinner and wearing her brother’s billowing hand-me-downs. She dreams of college, Wall Street, and being the next Warren Buffett. But college is costly, so she’s scheming to make a buck hocking quarter-wings on the sidewalk, selling cigarettes at school, and scalping counterfeit tickets to the Buffalo Bills games. Then a fateful phone call from a bumbling debt collector turns her onto one of the biggest schemes the American economy has to offer, and she wants in.

Working under a shady kingpin called Wizz (Jai Courtney bringing douchebag bravado), Peg learns all about the debt collecting game. Through voiceover, she educates her audience about its loopholes, scams, and shocking lack of government oversight. Brian Sacca’s screenplay keeps the explanations short and easy to understand. More importantly, he never loses sight of the fun of his proud hustler Peg, who gathers a band of misfits (over-the-hill sex workers, ex-cons, bible-thumping evangelists, and street showmen) to start a shop of her own. This kicks off a turf war between Wizz and her. Things get weird with blow-up dolls, barroom staredowns, and a rotting buffalo head.

Sacca’s script loops in gangster tropes, like bloody threats, posh dinners edged with paranoia, and a gun-swinging confrontation. However, the smirking smalltown whimsy of Buffaloed keeps things light as characters abruptly bellow “Go Bills!” or “jagoff” with a mix of reverence and intensity. Wexler fills her cast with supporting players who bring proud spunk to this close-knit community. Schitt’s Creek’s Noah Reid offers an aw-shucks smile and a flare for roughhousing as Peg’s older brother, JJ. Judy Greer delivers a comic spark and relatable world-weariness as Peg’s harried mom. Jermaine Fowler plays Peg’s perfect foil as an earnest and clean-cut prosecutor who can’t help but fall for this captivating con artist. But best of all is Deutch, who brings Peg to life with nuance and an avalanche of attitude.

With a nasally New York accent, Deutch smirks through voiceover that tunes us into her scrappy heroine’s snarky perspective. Peg’s backstory tells us of her deep affection for her late father. So, when she switches from her brother’s old clothes to her father’s forgotten suits, it’s a costume choice that speaks volumes, even when they threaten to swallow the petite actress whole. Deutch treats these oversized jackets and high-belted trousers as power suits, swaggering with the ball-swinging bravado of the Wall Street bros at the height of their power. She chews gum with an open mouth, sways her shoulders like a lothario, and throws her tiny fist into the air in aggressive exaltation when Peg closes a deal. But that doesn’t mean Deutch doesn’t know how to play nice.

This charismatic character actress brings a comical bubbliness when glossing over a prison brawl, hyping up her quirky crew, or violently giving up on dress-to-impress pantyhose. With a crooked smile, Deutch is enchanting. Her greater skill lies in masterfully turning into the movie’s smaller, more poignant moments when Peg must confront her mistakes, misjudgments, and misdemeanors. Deutch does all this with a dancer’s grace and a magician’s showmanship, spinning from broad comedy and bluster to a nervous grin and a mumbled confession, then back again to deliver a cocky one-liner or a passionate “jagoff!”

With a sharp script, a spirited direction, and an entertaining and surprisingly informative story, Bufalloed is good before you even get to what Deutch is doing. She makes it great, playing our mesmerizing guide into a world that’s familiar yet fresh, funky and fun, and definitely, unapologetically f*cked up. Simply put, Bufalloed is a blast.

Buffaloed is out on VOD today. 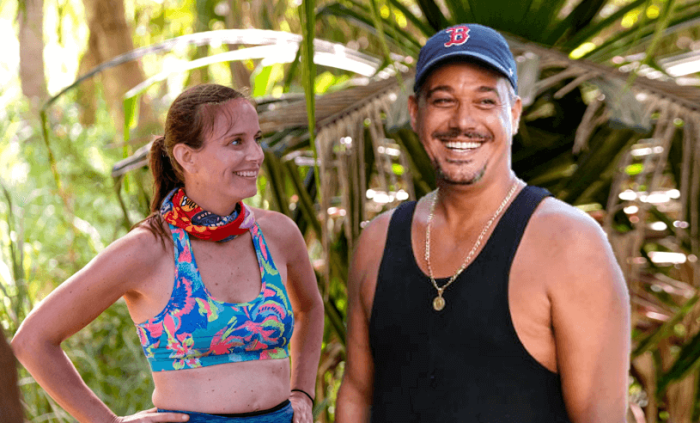 A Few, Lingering Questions About 'Survivor: Winners At War' 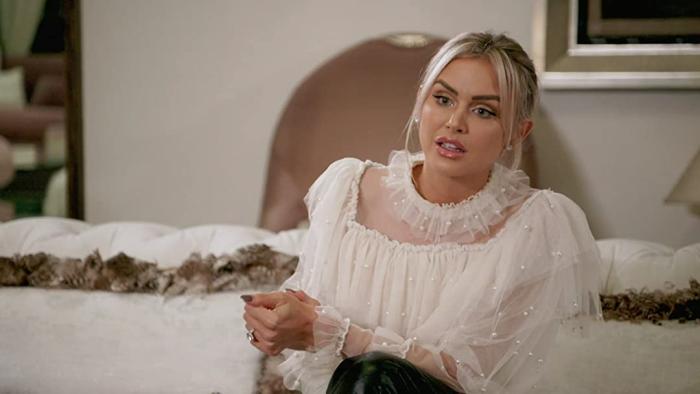