Can bad boys become good men? That’s a question literally considered by the titular characters in Bad Boys For Life, detectives and partners Mike Lowrey (Will Smith, excellent) and Marcus Burnett (Martin Lawrence, even more excellent). They’ve been policing Miami for 25 years, working to keep drugs off the streets, working to protect the city from the KKK and gangsters of various ethnicities, and they’re not as young as they once were. They can’t run as fast, or shoot as accurately. They’re not hackers, or drone operators. They can’t even get into the same clubs they used to. In a changing landscape, what is their place?

Bad Boys For Life considers this existential question — one quite similar to the one pondered by Rick Dalton and Cliff Booth in Once Upon a Time … in Hollywood, actually — with a format that is more like The Fast and the Furious franchise than the previous incarnations of the Bad Boys movies under Michael Bay. Stepping in for Bay are Belgian directors Adil El Arbi and Bilall Fallah, who bring a welcome snappiness to the film’s look and pacing. Their smooth direction and the crisp editing of Dan Lebental and Peter McNultyre is quite welcome after Bay’s increasingly frenetic style, and Adil and Bilall (as they are referenced in the movie’s opening credits) have done their homework, peppering in a number of shots that serve as homage to the preceding films.

But do you really need a thorough memory of everything that happened in Bad Boys and Bad Boys II to go into Bad Boys For Life? Not necessarily; again, sort of like the Fast/Furious franchise, there are inside jokes and references here that you might slightly miss, but the overall narrative can effectively stand alone. And also like the Fast/Furious franchise, Bad Boys For Life begins with a focus on family: Marcus racing to the hospital room where his daughter has delivered his first grandchild, named in his honor. It’s a major moment (“You a Pop Pop!” Mike gleefully says), and the film immediately contrasts that joy with the introduction of a new villain, Isabel Aretas (Kate del Castillo), who makes her brazen escape from a prison in Mexico.

Isabel’s plan, which she entrusts to her sniper son, Armando (Jacob Scipio), involves a series of murders throughout Miami. And their final target? Mike Lowrey. Armando’s series of assassinations, so that his mother can “take back what’s ours,” not only puts Mike in a hospital bed but makes Marcus question everything about who he and his partner have been for years. “I will put no more violence in this world,” Marcus swears while praying for Mike’s recovery, and that promise — and the revenge Mike wants when he wakes up — put the best friends and partners at diametric odds. 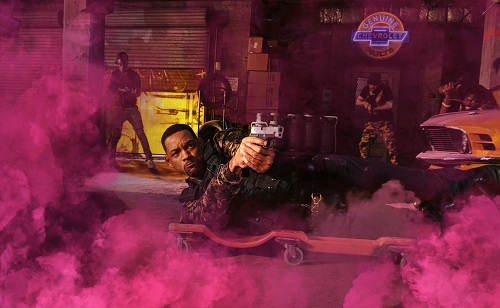 Bad Boys For Life benefits most primarily from a script that deeply understands who Mike and Marcus are, what motivates them, and what would drive them crazy about each other, and writers Peter Craig, Joe Carnahan, and Chris Bremner collaborate on a screenplay that in particular caters to Lawrence’s strengths as a comedian and dramatic actor. He is the heart and soul of Bad Boys For Life, and the character’s broadened sensitivity and emotional bandwidth works quite well when contrasted with Mike’s singular desire for revenge. A focus on physical humor — the two of them scrunched into Mike’s family car; how out of place they look in a hot nightclub; their awkwardness during a motorcycle chase, the kind of high-stakes situation in which they used to excel — allows the film to acknowledge the characters’ middle age while never exactly criticizing it. If you can see the movie in a busy theater, do so; Lawrence’s universally hilarious one-liners (like “I really gotta stop crying like this!”) land particularly well with a crowd.

The Fast and Furious vibe comes from a no-nonsense female lieutenant who has history with Mike, played effectively by Paola Nuñez, and the team she runs of younger agents (Alexander Ludwig from The Hunger Games, Charles Melton from The Sun is Also a Star, and Vanessa Hudgens from The Knight Before Christmas), who treat Mike and Marcus with a combination of awe and mockery. Joe Pantoliano is like the Joe Pesci of this whole project, adding welcome gravitas, but I’m still confused as to why DJ Khaled had a cameo role but Pitbull didn’t. Excuse me, this is Miami! How dare you! 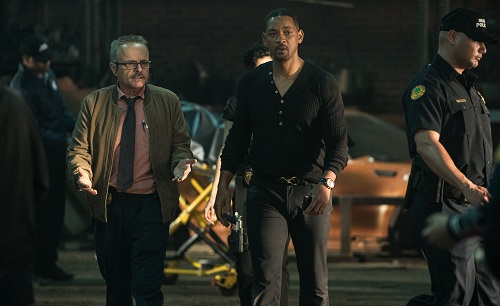 All of this praise shouldn’t ignore, though, that Bad Boys For Life traffics in some of the same stereotypes about Mexicans as displayed in films like Peppermint, The Mule, and Sicario 2: Day of the Soldado. The Santa Muerte folk icon is used prevalently, and Isabel is referred to as a “bruja,” or witch. But what Bad Boys For Life avoids doing, unlike those other films, is equate the behavior of Isabel and her henchmen with an entire community or country. Her focus is extremely specific, personal, and finite, which keeps the movie from sliding into “And another thing about Mexicans…” messaging. It’s still not ideal, but given that this was once a Michael Bay franchise, it’s better than it could have been. (Especially since co-writer Carnahan wrote the truly horrendous Death Wish remake.)

What is most satisfying about Bad Boys For Life, though, is that Smith and Lawrence are clearly having a good time in a film that slows down the excitable nature of this series and turns the story inward in an opportunity for reflection and maturity. They still drive too fast (“Sorry, rich white people!” Marcus yells when the two take Mike’s latest sports car out onto a private beach), and Lawrence still drawls out “Lawrey” like the word is made of molasses, and Smith’s Mike will still say something sexually suggestive about your mama. But Bad Boys For Life also understands the weight of a statement like “We ride together, we die together,” and if the trilogy ended here, it would be on a high note.

ETA: Silly me, no, there will in fact be a Bad Boys 4, as divulged by The Hollywood Reporter this afternoon. Nothing ever ends!

← Review: 'I Love You, Now Die: The Commonwealth v. Michelle Carter' | 'The Circle' Winner and Fan Favorite Is Crowned →