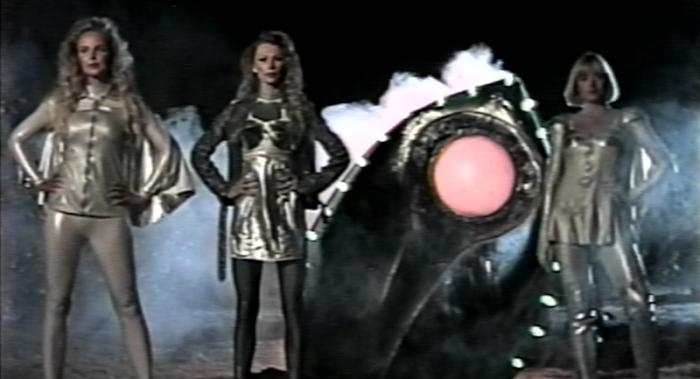 Review: 'VHYes' Is A Coming-of-Age Found-Footage Comedy Ready To Rot Your Brain And Warm Your Heart

Co-written and directed by Jack Henry Robbins, VHYes begins on Christmas day 1987, when 12-year-old Ralph (Mason McNulty) gets the super rad gift of a VHS camcorder. Shot entirely on VHS and Beta, the entire film will unfurl from the perspective of Ralph’s camera lens. Amid bursts of visual static, we see him experimenting with the zoom, playing with action figures in his room, and going on mischievous adventures with his friends. But over the course of this holiday, we also bear witness to the deterioration of his parents’ marriage, captured in snippets of sneaking shots and background noise of parents fighting as their son plays with his new toy in the next room. Amid the bursts of recordings, we see something starkly heartbreaking: their wedding video. Ralph is unknowingly recording over it. With each press of the button, we see another sentimental snippet that serves as a flashback to a simpler time. But that’s not all.

The movie’s tone and plot take a radical turn when Ralph’s dad shows him how to hook his camera up to record television. Here’s where Robbins and his co-writers, Nunzio Randazzo and Nate Gold, let loose with a barrage of star-studded parody bits that give VHYes a manic Robot Chicken feel. Thomas Lennon pops up as a passive-aggressive home shopping network host. Mark Proksch appears on a riff of Antiques Roadshow that’s hilariously deadpan. Robbins’ parents, Susan Sarandon and Tim Robbins, can be found in a pair of quirky infomercials and a ludicrous cop show respectively. Charlyne Yi joins the fun in a surprisingly romantic public access talk show. And Kerri Kenney, an absolute goddess of quirky comedy, commandeers the screen again and again as a ludicrous spoof of painting TV-icon Bob Ross. Her soft voice lulls about landscapes, and then smoothly shifts into the absurd as she whispers, “Now, let’s get back to the spaceship!” Before long, she’s changed gears to lifestyle hacks, suggesting all you need for a good night’s sleep is “a glass of fresh cat’s milk, whiskey, and a cabinet of lucky bones and hair!”

As you might have guessed, all this makes for a movie that’s pretty disjointed. That’s precisely the point. Like Ralphie, we can temporarily escape the mundane yet brutal reality that his parents’ marriage is falling apart by jaunting off on adventures with a cheerful painter, a pair of hard-boiled detectives, an awkward fangirl living her dream, or a trio of sultry space aliens dedicated to helping mankind however they can! (See header image.) All these zany sketches also provide a unique understanding of how Ralphie is being introduced to grown-up concepts like death, divorce, sex, and environmental catastrophe. TV is the confidante who tells him things he doesn’t know how to ask his parents about. That can be a blessing and a curse, as the unhinged climax will unfurl.

VHYes is a lot of things. It’s a cacophonic celebration of television and satirization of the culture that treats it as a babysitter. It’s an earnest and empathetic coming-of-age story about a little boy eager to flee from his feelings into a world of fantasy. It’s a barrage of imagery and comedy that’s chaotic, uneven, but mostly hilarious. And it’s a found-footage movie that may be a bit of a mess, but is also undeniably entrancing.

VHYEs made its World Premiere at Fantastic Fest.

← Why Are So Many Movies Right Now Based On Magazine Articles? | How the Hell Did Jake Johnson End Up on 'Stumptown,' Anyway? →