Earlier this summer I started watching the second season of Netflix’s Korean historical zombie drama, Kingdom — or rather, I put off watching it for a few weeks while I steeled myself. It’s not that the show itself had changed between seasons, you understand. It’s still ultimately a tale of how bureaucratic greed and incompetence allowed a highly infectious, deadly outbreak to take over a nation. It’s just that the tale hit a little differently now, in the middle of a pandemic, in a nation led into disaster by a none-too-dissimilar mix of bureaucratic greed and incompetence. The story hadn’t changed, but the world around me had, and though the zombie horror sub-genre has always been particularly fertile ground for political allegory, watching anything involving a mysterious mass infection isn’t “allegorical” enough for my taste at the moment.

So you can imagine the trepidation with which I approached Peninsula, the latest installment of director Yeon Sang-ho’s K-zombie trilogy that includes the animated Seoul Station and 2016’s smash hit, Train to Busan. The earlier chapters charted the first moments of an outbreak, as the world transformed from the understood to the unimaginable, but what set them apart from the usual zombie fare was the personal stories of the survivors — the risks and sacrifices, the hard choices — as much as the electrifying action. Like Kingdom, these films devastated me even in the best of times, and I wasn’t sure if I could handle more of that. Fortunately, I needn’t have worried. Peninsula is not the sequel to Train to Busan I was anticipating, and though that may be disappointing to some, I found it to be an absolute relief.

Peninsula picks up the plot four years after the initial outbreak, in an abandoned South Korea that has been effectively quarantined by the rest of the world — which pretty much makes Peninsula the post-apocalyptic Road Warrior/ Beyond Thunderdome to Train to Busan’s Mad Max. The tone is different, the focus is different, even the characters are entirely different. In fact, in many ways the zombies themselves take a backseat in this installment. They’re no longer the unknown danger but a familiar threat, less of an enemy and more of a feature of the barren landscape. If Train to Busan examined how far you’d be willing to go to escape a world collapsing around you, then Peninsula follows up with the question: What would it take to convince you to go back?

And the answer is a fat stack of U.S. dollars. So perhaps Peninsula is also about greed, at least a little bit.

Jung-seok (Gang Dong-won) is a former soldier who barely escaped South Korea on one of the last boats to Hong Kong, losing his sister and nephew in the process. And while Peninsula introduces a world that has contained the zombie threat through quarantine, it also reveals what that world looks like to the survivors who have been displaced from their homes. For the Korean refugees in Hong Kong, at least, they are given begrudging asylum with little to no political protection, thrust into a populace that fears and blames them. It’s no wonder that, when an American gangster starts rounding up refugees to return to Korea and collect a shipment of $20 million dollars that was abandoned during the initial outbreak in return for a cut of the profits, Jung-seok signs up. It’s not the money he wants, but what it represents: power. A chance to buy the freedom and safety he’s been denied. And if there’s a bit of survivor’s guilt mixed in? So be it. The point is that he agrees to sneak back into a zombiepocalypse to fetch an American criminal some cash. Of course, sneaking in is easy. Getting out a second time is a lot harder.

The details of how Peninsula unfolds will be fairly familiar to anyone who has seen Mad Max, sure, but also Escape from New York or 28 Days Later or even played The Last Of Us: Part II. Basically: Humans can be the biggest threat of all. Just as surviving and escaping changed Jung-seok, so too did surviving and staying change the uninfected he encounters on his arrival. It would be easy to assume that anyone left behind during the outbreak died, but that isn’t the case. There are plenty of survivors on that peninsula, trapped for four years with no hope for rescue. The tragedy here isn’t just that the refugees are so desperate on the outside they’re willing to return to a zombified wasteland for cash — it’s that money is the only thing anyone on the outside is willing to risk going back to the peninsula to rescue at all. Not people. Money. 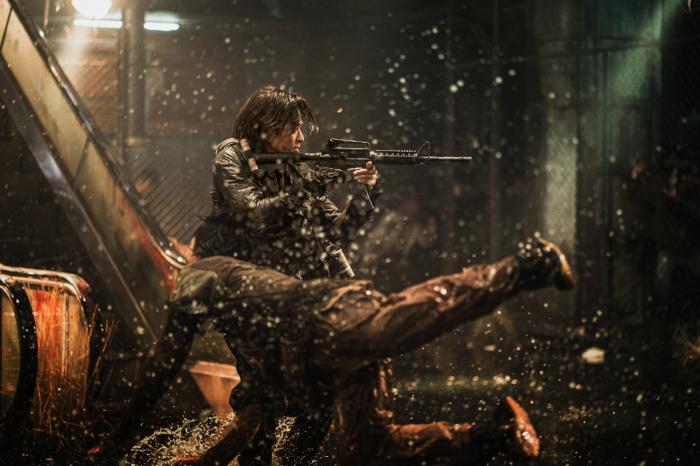 Jung-seok’s team is seemingly the first to attempt re-entry since lockdown, and their arrivals signals to the humans left behind that there may finally be a way out… for whoever finds the cash first. Most of the survivors have gathered in a militia encampment, sending out raiding parties for supplies and decompressing by placing bets in a human vs. zombie deathmatch arena (isn’t there always one of those?). There are also stragglers, though — “wild dogs”, they’re called — which Jung-seok discovers when an SUV driven by a teenage girl drifts to his rescue. He is taken in by a family who fled the encampment and keep to themselves: mother Min-jung (Lee Jung-hyun) and her fearless daughters, Jooni (Lee Re) and Yu-jin (Lee Ye-won), along with their grandfather Mr. Kim (Kwon Hae-hyo).

If the particulars of the plot are fairly predictable — a race against the clock as Jung-seok and the family try to outwit the militia to escape with the money — it’s more than made up for by the film’s unexpected flourishes. The team-up with the family is so satisfying, in part because it flips the expectations of who is saving whom. Jung-seok may have more training, but Min-jung and her girls have been surviving for years by themselves and it shows. So many of the action sequences rely on female ingenuity rather than male brawn, including two epic car chases that wouldn’t be out of place in the Fast & Furious franchise.

As you can probably tell by all the movie references I’m peppering in here, Peninsula has a very calculated go-big-or-go-home aesthetic — a consciously Hollywood-ized response to the runaway success of its own franchise. Here is a sequel that eschews emotion for pure spectacle, and in doing so delivers a distractingly entertaining popcorn-chowing experience. It won’t catch you by surprise the way Train to Busan did, but that doesn’t mean that the film is without its own message. What struck me most was that, by focusing on what surviving does to survivors, the displacement of refugees, and by mimicking the big-budget films paid for in the same U.S. currency that is used to exploit the protagonists in this film, Peninsula acknowledges something rarely seen in zombie movies: that sometimes the treatment is worse than the disease. Is being forced to give up your home actually better than staying? As Jooni remarks toward the end of the film, in English just to underscore the point: “The world I knew wasn’t bad either.”

Train to Busan Presents: Peninsula opened in theaters in the U.S. on August 21, 2020. Epidemiologists do not think it’s safe yet to go to theaters even with social distancing and safety measures in place. This review of a theatrical release is not an endorsement or suggestion otherwise. This film was reviewed via a screening link. 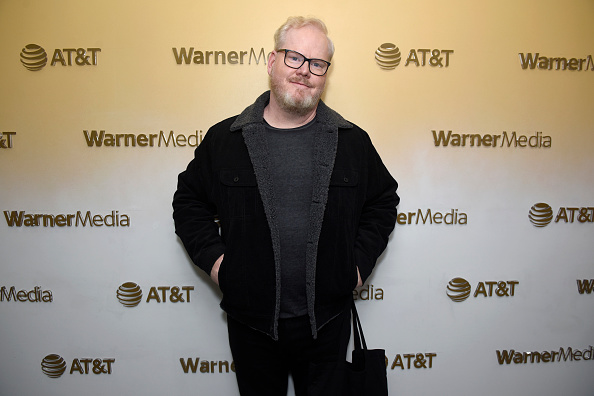 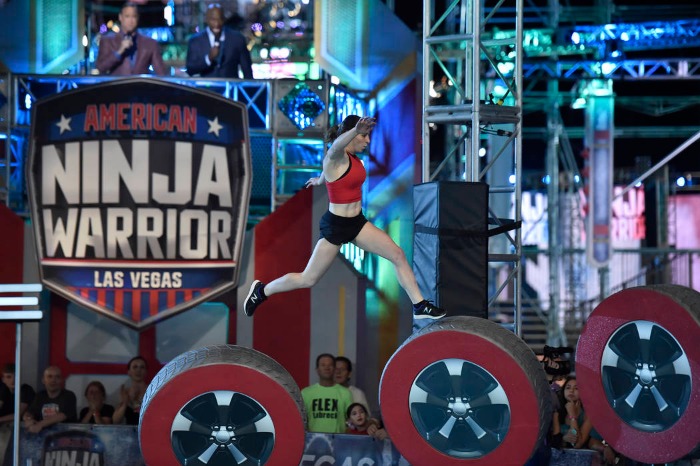 Get Your Ninja Masks On