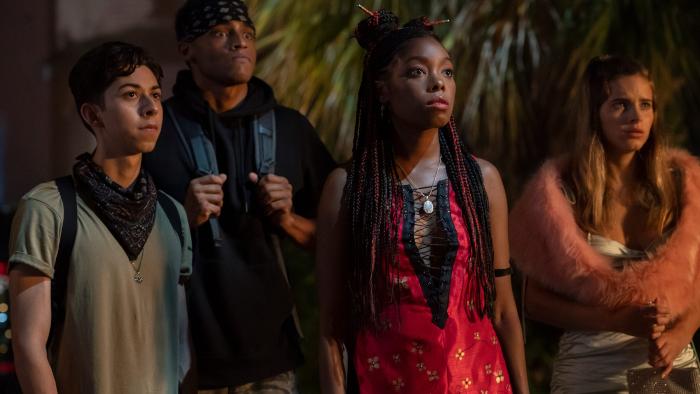 On Amazon: The Human Factor Elevates Blumhouse's 'Black as Night' Above Its Vampire Tropes

I’ll say this for Black as Night, the newest vampire offering from Blumhouse: It does its homework. Not necessarily on the vampire genre itself, but rather on the people living in its strange, tragic little world. Set in New Orleans, it eschews the overused gothic tropes of the city and instead focuses on an entirely different idea. Instead of an Anne Rice-esque world of Eurocentric vampire glam, it’s a dark, grungy entry into the “‘hood horror” genre, focusing on a small community of Black and Latino youth who are already dealing with the everyday struggles, whose world is further complicated by, well … vampires.

Directed by first-timer Maritte Lee Go, and written by Sherman Payne (who also wrote the excellent and underrated Charm City Kings), Black as Night feels like some sort of Attack The Block/The Lost Boys hybrid — a couple of inner-city teens (played amiably by Asjha Cooper and Fabrizio Guido) discover vampires preying on the homeless and disenfranchised residents of their neighborhood. When the horror strikes Shawna (Cooper) and her family, she and buddy Pedro (Guido) recruit her local crush Chris (Mason Beauchamp) to find and destroy the nest of monsters.

The funny thing is, as far as vampire movies go, Black as Night is … fine? It’s certainly not an original spin on the concept, though there are some fun twists that it throws into the story. The effects are low-budget but decent, and the scares are not particularly scary, though there’s definitely enough gore, violence, and mature content to ensure that you keep your kids away (if you want a lighter touch, go for the amusing Vampires Vs. The Bronx). But as a straight vampire narrative, it’s not particularly inventive.

However, it’s not the vampires that make Black as Night special. It’s everything else. It’s the people. This is a film about a Black girl who struggles with just how black she is, dealing with an obnoxious brother who calls her “Snipes” because “She’s as black as Wesley.” About her openly gay best friend who struggles with his dreams of leaving their neighborhood, afraid of both what lies ahead and what he’d leave behind. And about the daily struggles of drugs, post-Katrina blight, homelessness, all injected with a healthy dose of teen angst and just the universally shitty experience of just growing up in the modern world. It’s these themes, all infused into a boilerplate vampire story, that enables Black as Night to separate itself from the pack.

What makes Black as Night special is that it takes all of those complex and nuanced themes and competently rolls them into a modern vampire story. It’s got a youthful, slightly unproven, and often unevenly talented cast that sometimes struggles with the weight of the film’s heavy themes, but they muster enough enthusiasm and earnestness that they can mostly overcome those weaknesses. The script shines in its depictions of its people and places, even though its horror is mostly pedestrian. But it’s the human factor, the relentlessly effective emotional beats that the film manages to consistently hit that elevate it, giving its disenfranchised and downtrodden heroes a vibrant and exciting voice.

← Review: 'No Time to Die' Ends Daniel Craig's Bond Era with a Bang that Hits Like a Whimper | 'Ted Lasso' Episode 11 Recap: See You At The Crossroads → 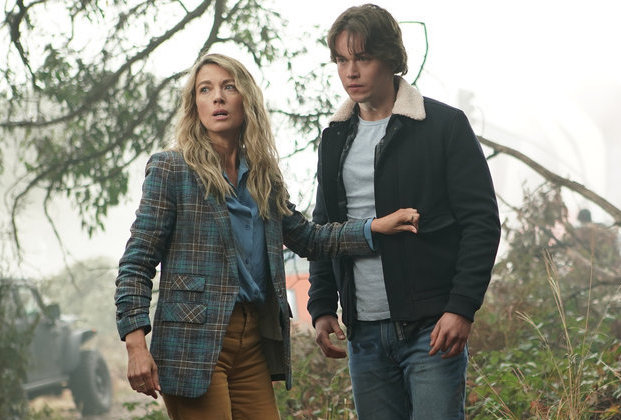