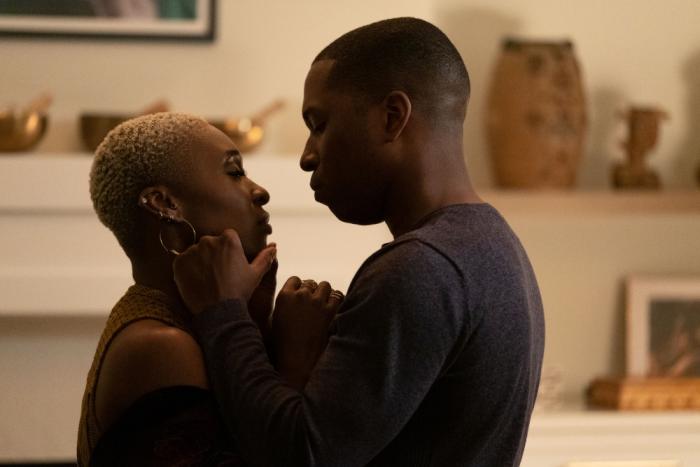 Review: The Extremely Inconsistent Time Travel Rules in 'Needle in a Timestack' Are Only One Irritant of Many

Needle in a Timestack is a super serious and somber movie with extraordinarily attractive actors desperately trying to salvage an incoherently idiotic time travel story through the sheer force of their sorrowful smolder.

It starts decently enough, with soft-focus shots of a near future that’s basically the modern day with better tablets and an overdose of minimalist interior design. Leslie Odom Jr. is an architect and Cynthia Erivo is a photographer. They’re happily married other than an apparently recurring argument about her ex-husband using time travel to sabotage their relationship.

Note that this is not played for laughs. It instead goes straight to being weird and overly controlling, like she’s a trinket that can be stolen. It’s just “how dare your ex still be Facebook friends with your college roommate” except, like, timey wimey.

Also, we need to stop for a moment and point out that the ex-husband is played by Orlando Bloom, and he is somehow gradually morphing into Frank Grillo. Why is this pandemic dedicated to streaming Frank Grillo at me every single time I hit play? 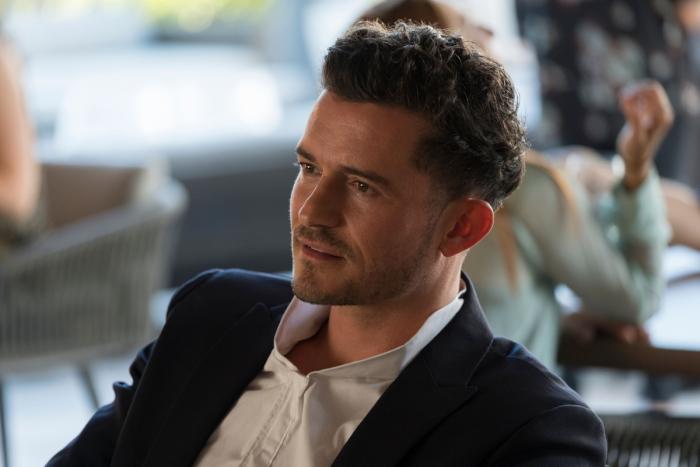 I don’t know when Legolas decided to cosplay as CFO Aragorn, but it’s not not working.

Anyway, moving on to the time travel, which normally is right where I park my Delorean of interest. So in this universe time travel has been invented, and every time someone goes back in time and changes stuff, a ripple goes through the world and resets stuff. And then people frantically scramble to call loved ones to see how much changed.

Except sometimes no one notices the world changes.

Except sometimes the protagonist remembers the old timeline.
And sometimes he doesn’t.
And sometimes he does for a while and then it fades away.
At one point, Odom pays an implied metric shit tonne of money to go back in time and is told that he has 24 hours and is not allowed to change the past. He promptly changes the past. And wakes back up after his 24 hours in the fancy sci-fi chair in the company where he paid his money. So how does he get there and pay the money if the past has been completely changed? How does this company actually make any money? What memories does he have at this point, of anything? It’s implied he doesn’t remember the timeline in which he jumped back and changed things, so why does he think he was there in the time travel office and what does he think he did in the past?

I’d say that the rules for time travel in this film are infuriatingly inconsistent and just change to whatever serves the plot at any particular moment, but that would require there to be a plot for the incoherence to serve. Like three actual things happen in the entire movie, taking about 45 seconds. The entire rest of the run time is just Odom alternating between staring sadly into the distance and arguing that he’s not sad with whoever’s being forced to put up with his morose ass in the current timeline.

Multiple characters explain that even though time travel is possible for the wealthy, it’s illegal to change the past. It’s just for observing the past, and if you change it, you’ll be arrested for TIME CRIMES. They don’t call them time crimes, because the script has as much a sense of humor as a mime in a coma.

Well, faster than you can say “non-enforceable,” every single person who goes back in time immediately changes things as drastically as they possibly can.

Worst. Time. Cops. Ever. They should have sent Van Damme.

Imagine inventing time travel and the only thing you do with it is let sad boys go back in time to manipulate which woman they date after college. Love the train of thought. Could have gone back and killed Hitler, and instead went back to stalk your ex. And the deletion of your current marriage? It’s like the atomic bomb of gaslighting. But hey, let’s face it, this is exactly what Bezos and Musk would use time travel for if they had access to it.

Save your money, and watch something intelligent and rational like Bill and Ted.

Needle in a Timestack is available in limited theaters, on video on demand, and for digital rental beginning October 15, 2021.

← Stream It or Nah: 'Baking Impossible' On Netflix | Review: 'What Happened, Brittany Murphy?' Is a Ghoulish Example of Modern True Crime Exploitation At Its Absolute Worst →