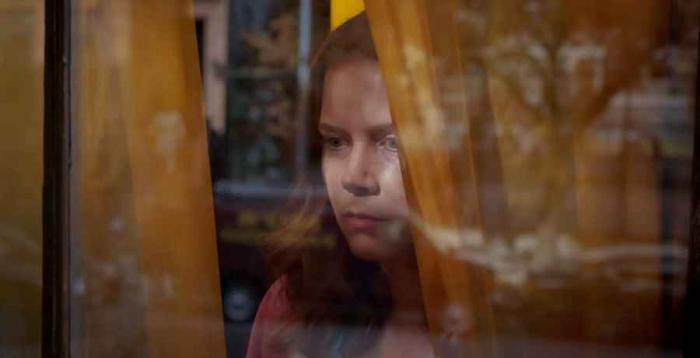 Now on Netflix: ‘The Woman in the Window’ Tries to Turn a Trashy Pot-Boiler into a Glossy Prestige Drama

It was hard for me to go into Joe Wright’s The Woman In The Window and not be aware of the messiness that has surrounded it. First, A.J. Finn (A.K.A. Daniel Mallory), the author of the novel from which it is adapted, was outed in a fascinating New Yorker profile as a compulsive liar, who faked cancer and his mother’s death, and also may have plagiarized his best-seller. Several major delays plagued the release of the film, which underwent major rewrites and reshoots helmed—not by Wright—but by Tony Gilroy, the director tapped in to fix Rogue One. Then Disney acquired it in the Fox merger, but pawned it off to Netflix, resulting in a year and a half delay between its proposed theatrical release and its streaming debut. Oh, and it’s produced by Scott Rudin. With all this, the behind-the-scenes drama risks overshadowing the film’s on-screen thrills. Yet, none of this chaos is all that evident in the final product. The biggest problem with The Woman in the Window is its startling lack of thrills.

Our protagonist, Anna Fox (Amy Adams) is a child therapist struggling with agoraphobia in New York City. Separated from her husband and daughter, she spends her days watching old movies, mixing pills with wine, and snooping on her neighbors. When a new family moves onto the block, they seem primed for her entertainment. The Russell clan includes a controlling father (Gary Oldman), a brittle but friendly mother (Julianne Moore), and a shy son. One evening, Anna sees a horrific attack take place in the Russell home, but nobody believes her. Then, the woman the police have presented to her as Mrs. Russell is a totally different person (Jennifer Jason Leigh).

For a film that proudly wears its Hitchcock influences on its sleeve, right down to directly showing a scene from Rear Window in the opening scene, it does not seem especially interested in being a suspense flick. Wright is clearly trying to elevate this schlocky airport read of a book, the kind of title you pick up for $5 and leave on the plane once you’re done, into something glossy and vaguely prestigious. This is a favorite trick of his, to simply throw every stylistic quirk he has at the wall to see what sticks. Darkest Hour is chock full of moments of unexpected visual flair that almost distract you from how conventional the narrative is. While The Woman in the Window isn’t as overwhelmed with this habit, you can still see Wright eagerly trying to spin this story into something it’s not. Frankly, this needed a hefty dose of schlock, the kind of ’90s sleaze that Paul Verhoeven or Adrian Lyne made their bread and butter. Because it’s all so po-faced for the majority of the running time, there’s little fun to be mined from what is supposed to be gripping.

Still, it’s not hard to see why Amy Adams, one of Hollywood’s finest actresses, would be attracted to the leading role. She gets to swan around a gorgeous New York brownstone in various caftans as she swills wine, gives a few dramatic monologues, and explores the paranoia of a very troubled woman. To her credit, she gives her all here, and she clearly understands the assignment that Wright has given her, even if it seems to be the wrong one for the material. Few actresses at her level of fame convey fragility as well as she does. At least she has stuff to do, unlike the criminally wasted supporting cast.

I cannot for the life of me understand what Julianne Moore and Jennifer Jason Leigh saw in this script. I have to assume there’s a heftier draft out there that got sliced to pieces in the rewrites. It’s a travesty to give such talented women, who would clearly relish the opportunity to dig their nails into a juicy thriller, zero worthwhile scenes or lines. You can hardly blame Leigh, an actress of startling range and ferocity, for being semi-comatose here. At least Gary Oldman is bringing a nice slice of ham to the table. He’s clearly in a different movie, one where he’s a super-villain lowering James Bond into a vat of man-eating stingrays, but at least it’s something. If this were a Sharon Stone film from 1994, he’d be right at home.

Finn/Mallory wrote the novel The Woman in the Window to be the most sellable thriller on the market, an easily digestible pot-boiler with enough twists and intriguing tropes to keep the average reader engrossed for a few hours. As the New Yorker profile notes, ‘Mallory cannily set himself the task of popularizing the already wildly popular plot of The Girl on the Train. His book consists of a hundred very short chapters and reads like a film script that has been novelized, on a deadline, under severe vocabulary restrictions.’ This was an incurious book created to be popular enough to be adapted into a film, yet the author missed some key details with this single-minded strategy. The plot beats and thriller tropes of the novel don’t work in film. You need a whole new language for that, and Wright’s bells and whistles can only do so much to distract from a derivative and unambitious narrative that has zero interest in being anything else. Wright’s approach is to try and dress it up as something more cinematically prestigious. However, once the source material wrangles back control, things quickly stumble off the rails. The climax is where the trash comes to play, and it would be a hell of a lot more enjoyable if the movie hadn’t spent the previous 80 or so minutes convincing the audience it wasn’t that kind of story. You can’t follow the solemnity and faux worthiness of the first two acts with something this squirrelly and not expect some sort of whiplash.

The Woman in the Window is not the trainwreck that the pre-release drama would suggest, yet it is still a misguided effort from start to finish. If this were made a couple of decades ago, it would probably have embraced the proto-camp trashiness that such tropes and characters demand. As it is, Wright wanted to elevate that which had no business being held up. Even on his terms, the film is just not an interesting or gripping thriller. There’s not a drop of tension to be found here. If you’re going to reference Hitchcock as often as The Woman in the Window does, then perhaps you should borrow a few of that director’s tricks as well.

The Woman in the Window will premiere on Netflix on May 14.

← Review: Ryan Murphy Once Again Goes for Style Over Substance with Netflix's 'Halston' | 'Spiral' Review: Everyone Sucks Here, But Not in a Fun Way →