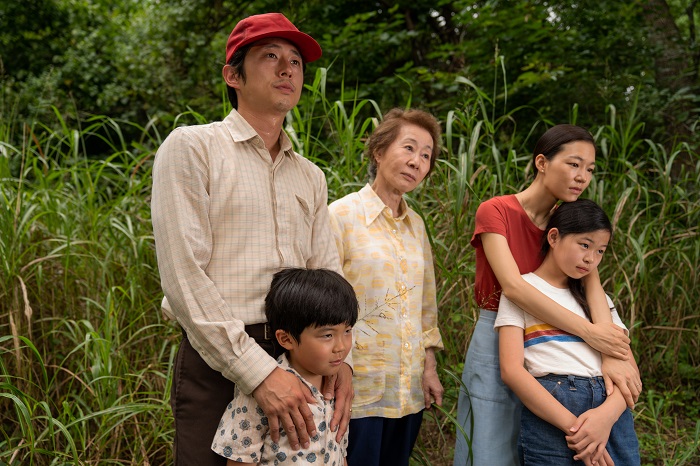 Now on Digital: Steven Yeun Leads a Pitch-Perfect Ensemble Cast in the Hilarious and Heartbreaking ‘Minari’

There is no one story of America. We have archetypes, and we have myths, and we have heroes, and we have villains. There is a certain narrative about the American dream to which we are all accustomed. But to engage in the artifice that there is one singular definition of what it means to be an American is to support the kind of exclusivity that this country is supposed to stand against.

Lee Isaac Chung’s Minari is the kind of film that makes you probe at your preconceived conceptions about American identity, and about the projections we place upon it. Who is able to proclaim what is American and what isn’t? Who is and who isn’t? And who are you to assert superiority over someone else based on that answer? Combine all those questions with that opening line of The Godfather (“I believe in America”), a Malickian veneration of the American land (similar to Mudbound), and a consideration of old-world vs. new-world tension (reminiscent of The Farewell), and you’ll begin to see the layers of Minari. Chung’s semiautobiographical film hits on so many different emotional levels thanks to a fantastic cast that understands how the family at the center of this film is torn between a dream that might never be realized and a reality that might never be enough. Steven Yeun Oscar nomination when?!

Minari begins with a journey through the America the mainstream media is always telling us we’ve forgotten about—hay bales, trees, grain silos, farming equipment, dirt roads, cows. Through this rural maze winds the Korean-American family led by father Jacob (Yeun), who has transplanted his family to Arkansas after years in California. The new start will be an adventure, Jacob has insisted to his wife Monica (Yeri Han), his older daughter Anne (Noel Cho), and his younger son David (Alan S. Kim), and to the children, their new Arkansas home holds some promise. Yes, it’s a long brown rectangle, but it has wheels! Yes, they’re in the middle of a field, but they can see the stars! They’re too young to judge Jacob’s dream of owning a farm, but Monica is aghast. This is why her husband moved them away from the Korean community in which they had friends, and in which they felt at home?

To appease Monica and to bring in some help with the kids, Jacob suggests that her mother come from Korea to live with them—which is how the eccentric, atypical Soonja (Yuh-jung Youn) ends up in Arkansas, reuniting with her daughter after years apart. With Soonja to watch Anne and David, Jacob can devote himself to his ambitious plan of growing not a garden, as Monica calls it, but a proper farm, one that produces crops of atypical vegetables that Jacob hopes to provide to nearby states with more Asian immigrants than Arkansas. And so Minari follows two narratives whose overlaps demonstrate the complicated effects of starting new: the tension between the dreamy Jacob and the pragmatic Monica as she struggles to believe in her husband’s vision, and the tension between Soonja and her grandchildren, especially David.

David doesn’t understand why Soonja, who curses often, has a special fondness for Mountain Dew, and is irritated by her daughter’s Christian piety, doesn’t do the things typical grandmothers (read: typical American grandmothers) do. She doesn’t bake cookies. She forces him to drink some liquid made with deer antlers that she brought all the way from Korea that is supposed to be good for his health. She loves gambling and watching wrestling. And yet Soonja is also encouraging of her grandson in ways that his parents aren’t, and hasn’t yet been swayed by the same expectations of American success as her daughter and son in law. She’s lived a long life, and she’s willing to write off even some terrible experiences as the cost of doing business. “They come to America and forget everything,” she says when she realizes the distance between Monica and Jacob, who were once deeply in love, and that observation hints at a deeper question Minari is asking. We think of immigrating to America as always a net gain. But what have Monica and Jacob lost?

The thoughtfulness of Chung’s script is in the specific details that build up the mosaic of the immigrant experience, and that first-generation kids will probably recognize. These elements include some of the film’s funniest moments, offering a sort of catharsis that contrasts with the more-stressful subplots about the family farm and Jacob and Monica’s marriage. How Jacob and Monica revert to Korean while Anne and David nearly exclusively speak English, and how Anne serves as her parents’ interpreter during important meetings, and Soonja’s mix of both languages. Monica’s joyful tears when Soonja hands her bags of special Korean chilis and anchovies, ingredients nearly impossible to find in America. How David in particular looks upon his Korean heritage as something he doesn’t really understand but insults as a result of his confusion; when he says that his grandmother smells like the old country, his parents are aghast. How Jacob scoffs at the scams Americans will fall for, considering himself to be outside of that national identifier. The white kids who make fun of how Anne and David look, and how their parents sound.

But there is also so much earnestness here: The deeply religious Paul (Will Patton), who Jacob hires to help him on the farm, is so fervent in his faith that he makes Jacob uncomfortable. All of his offers to help the family, though—to perform an exorcism on the land to remove any negativity; to connect Monica with a church community that she desperately misses—are genuine and sincere. Soonja surprises Monica by empathizing with some components of Jacob’s dream, and contributing her own plant, the titular minari, to grow on their land. Cinematographer Lachlan Milne puts together some beautiful frames: Jacob, a cigarette dangling from his mouth, happily astride a tractor as Anne and David follow behind him; the intimacy of Monica washing Jacob’s hair after a long day in the fields; the profiles of Jacob and Monica, their heads bent together, as they assess their future. 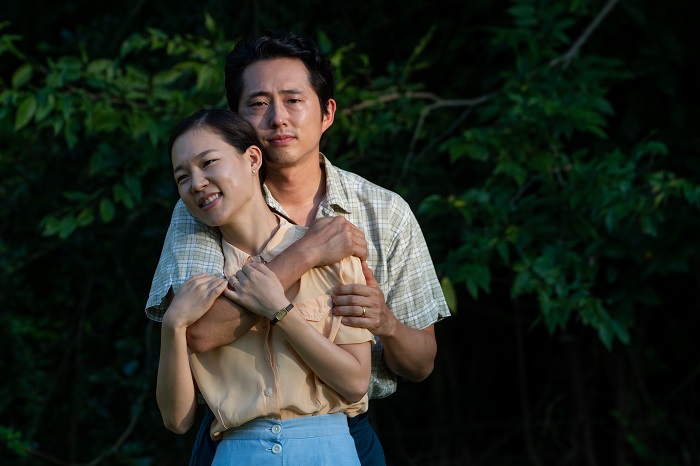 “Remember what we said when we got married? That we’d move to America and save each other,” Jacob says to Monica, and Minari is about the sincerity of that kind of promise, and perhaps the impossibility of it. Maybe our dreams are more than we can handle—or maybe they’re just more than we can handle alone. The beauty of Minari is in its consideration of what we choose to love, and what we choose to leave behind.

Epidemiologists do not think it’s safe yet to go to theaters even with social distancing and safety measures in place. This review of a theatrical release is not an endorsement or suggestion otherwise. This film was reviewed via a screening link viewed as part of the 2020 Middleburg Film Festival.