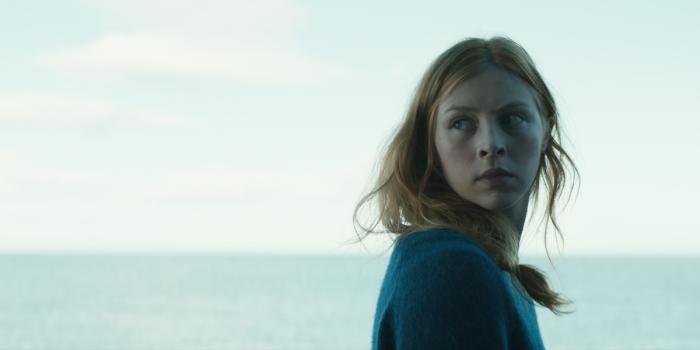 For centuries, mankind has traversed, fished, and polluted the ocean, masquerading as its master. But still, we just scratch at the surface of its terrain and mysteries. The ocean is a world untamed, containing creatures far bigger than we and far beyond our understanding. Such a creature is at the center of the outstanding sci-fi horror film Sea Fever.

Written and directed by Neasa Hardiman, Sea Fever follows the journey of an average Irish trawler as it sets forth to find a rich cache of fish. A hefty haul is needed by the boat’s married co-captains (Dougray Scott and Connie Nielsen), who are behind in their debts and in their crews’ paychecks. To make ends meet, they agree to allow a marine biology student on board to observe and survey the marine life they encounter. But things are tense from the moment Siobhán (Hermione Corfield) steps on deck. Not only is she cringingly socially awkward, but also she’s a redhead. And allowing a redheaded woman aboard a boat is a bad omen for superstitious sailors. Nonetheless, they cast off, chasing a big catch and seeking good fortune. But what they’ll find is a strange, glowing creature that brings nothing but hardship and horror.

Though a creature feature, this clever low-budget thriller doesn’t boast the kind of showy monster sequences of Jaws, The Meg, or John Carpenter’s The Thing. Instead, it favors a more under-the-skin approach to terror. Hardiman gives us glimpses of a sea beast massive, menacing, and beautifully bioluminescent. She offers blue goo that sludges about the trawler as an oozing if ambiguous threat. And she introduces a life cycle that throws mankind back into the food chain, and, oh yes, there will be blood. But the richest tension in Sea Fever comes not from its monster but from those driven wild by it.

Hardiman sets up a sensationally suspenseful dynamic aboard her ship with a series of culture clashes. First off, shy Siobhán prefers her samples and studies to people, hovering over a microscope to turn her back on an office birthday party. She’s also an intellectual snob, who looks down her button nose at these scruffy blue-collar workers. And she lets them know it with carelessly offensive remarks, like blithely asking their brilliantly inventive engineer, “Why don’t you have a better job?” It’s little wonder this tight-knit crew doesn’t immediately embrace this stuck-up, erudite barnacle of a girl. But making matters worse is their cultural conflict of science versus superstition. On a dark night, they share nautical folklore, which Siobhán initially finds little more than curious. But when this mysterious creature breaches the boat and infects their water supply, its the crew who is skeptical as Siobhán begins to plead about potential parasitic contamination.

Here’s where Hardiman pulls some inspiration from The Thing. The crew begins to eye each other, this outsider, and their own reflections, wary of signs of infection. Every open wound is a reason to worry. Every emotional outburst a potential symptom. And every nautical mile they draw closer to shore pushes them closer to a point of no return. On top of all of this, the scant hours this team sleeps means they are susceptible to mental breakdown, delusions, and “sea fever.” So they may not be able to believe their eyes. What is real is uncertain…and unnerving.

Lean but intense, Sea Fever is a stellar horror-thriller that hooks us with its class conflict, then reels us in with a tale of monsters, mayhem, and impossible choices. It’s cast brings an earthy earnestness that grounds the film from its dockside introductions, making its sci-fi beast feel all the more real and terrifying. From theres, Hardiman embraces the claustrophobic vibe of the run-down trawler, trapping her audience with its heroes and their fear there is no escape. Hardiman ratchets up the tension with bursts of blood, sparks of violence, and a climax that’s suitably explosive for this setting and scale. And then, most remarkable of all, she gives us a finale that is deeply satisfying and suitably and strangely beautiful.

Sea Fever made its World Premiere at the Toronto International Film Festival. The film will make its US Premiere later this month at Fantastic Fest. 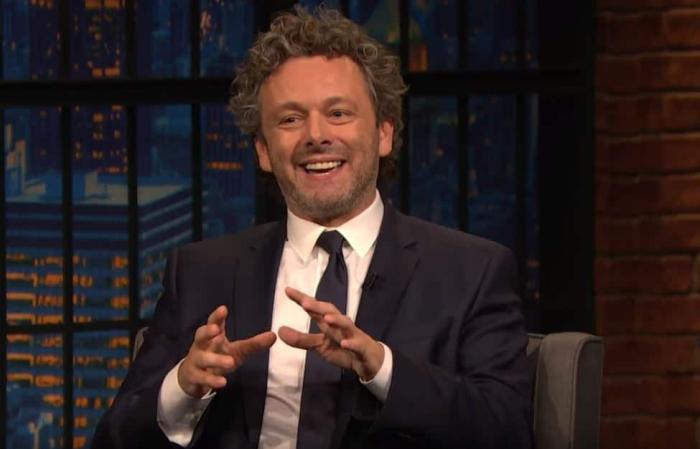 Michael Sheen Is Too Hot To Play Boris Johnson