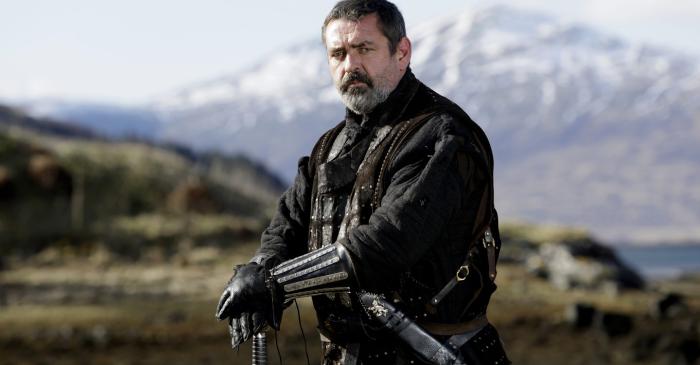 Review: ‘Robert the Bruce’, the Sort-Of Sequel to ‘Braveheart’, is Utterly Lifeless

Robert the Bruce premiered at the Edinburgh International Film Festival, where it received a hero’s welcome of sorts. The long-time passion project of Scottish actor Angus Macfadyen, the film was touted not only as a pseudo-sequel to 1995’s Braveheart but as a rallying cry for the cause of Scottish independence. Indeed, it was the actor-writer-producer himself who claimed that his movie’s strident support for the cause of independence was the reason that the theater chain Cineworld refused to screen the film. This obvious conspiracy somehow became a cause celebre for nationalists across Scotland, including some prominent politicians from the SNP. Cineworld was positioned as yet another enemy of the good fight, a representation of London rule. Never mind that the Yes campaign from 2014 had its big launch at a Cineworld in Edinburgh. The narrative was set and soon Cineworld agreed to screen Robert the Bruce. Then nobody went to see the film. Its box office gross totaled $23,434.

Now dropping on VOD in America, it’s easy to understand why Robert the Bruce failed to spark any sort of enthusiasm in the motherland. If you want to make an unabashedly political film then you should at least have the skills to make a good one. The film follows Bruce at his lowest ebb, with his army in shreds after a series of losses, retreating into the wild to consider if the battle for a united Scotland is truly lost. With a bounty on his head and an assortment of pissed off soldiers hoping to get their hands on him, Bruce finds refuge in a croft with a woman and her adorable moppet children who help inspire him to revive his zest for the cause.

Jared Harris opens the movie in an utterly thankless cameo as John Comyn that at least acts as a reminder of how bloody good he is at turning terrible material into rousing monologues (no Scottish accent, alas, but hey, with his voice, I’ll believe anything.) The set-up is decidedly more contained than the blood-strewn epic of Braveheart but that does little to justify how inert the entire movie feels. The film certainly has ambition. Any narrative trying to tackle the tangled history of the Great Cause has a lot on its plate. This is a tale that requires great care and complexity, something that simply doesn’t exist in this movie.

It does not help that the production looks so staggeringly cheap. Grand battle scenes never seem to have more than seven or eight soldiers in them, and the admittedly pretty scenery is shot with the flatness of daytime soap operas. What should seem intimate feels cramped, as if the director doesn’t know how to use the space properly. The array of horrendous Scottish accents on display would be hilarious if it weren’t so earnestly inept. New Zealand actress Anna Hutchison sounds like an extra from Brigadoon. No matter how many times you have your actors say ‘aye’ or ‘naw’, that doesn’t make up for the obviously ropey work. Everyone may be trying their hardest with what is a notoriously tricky brogue to nail but the overall effect given by the acting, combined with the bad ‘inspiring’ soliloquies and the mountains of Montana standing in for Scotland (got to love those tax credits), is one of pantomime, a parody of Scotland designed less for us than an America-focused tourism campaign.

None of these characters have flesh on their bones. They are exposition delivery systems whose sole intent is to bellow the story’s themes from the mountaintops. The family who Bruce finds shelter with are intended to convey the passion of the ordinary Scot whose matters are overlooked in favor of the squabbles of nobility, but they leave so little an impression that you’d easily be forgiven for forgetting their names. Even Macfadyen, who has spent years trying to get this project off the ground, acts as if he’s contractually obliged to be there and has no desire to give anything resembling passion. The notion of playing Bruce as a war-weary and broken-down leader trying to cling to the last vestiges of hope is a striking idea and one that would helpfully puncture some of the more mythic images of him, but it’s utterly at odds with the film’s obvious attempts at rousing propaganda. It’s hard to see how anyone could be inspired by this semi-comatose Bruce who is talked about frequently but seldom talks himself.

What Robert the Bruce does do is remind you of how unfairly overlooked David MacKenzie’s Outlaw King was. Netflix’s attempt at a major historical epic didn’t win over audiences as desired, possibly because the new cut of the film was noticeably inferior to the one screened at TIFF (you can read my review of that here.) Where that movie succeeded was in its willingness to get grimy and eschew those romanticized notions of Bruce as the almighty hero of the nation. At its best, Outlaw King felt like the anti-Braveheart, a lovingly composed story of the tricky shades of oft-glorified history. It’s not just that Robert the Bruce lacks the scale of both Braveheart and Outlaw King — that wouldn’t be a problem with a skilled director at the helm — but that it lacks life itself. The trite screenplay offers little for audiences to care about beyond constantly battering us over the head with speeches about how great Bruce and his cause are. That’s fine if it’s your passion but surely, if your intent is to inspire and change hearts and minds, you need to do more than preach to the choir.

Mostly, Robert the Bruce is a two-hour-long drag of earnest intentions and zero zeal to back it up. If you want to be roused, there are plenty of other options available, and the same goes if you desire something more intimate and character-focused. It’s a shame because, regardless of your stance on Scottish independence, there is certainly a gap in this oversaturated market for a story on the dynamic between a ruler and their people during times of intense political strife. Angus Macfadyen may have made his intentions for the film clear off-screen, but the finished product seems devoid of such momentum.

Robert the Bruce is now available on VOD.

← Parents of Reddit Ask, 'Anyone Else Sick of Pretending that This is Working?' | AMC Theaters Maps Out Its Summer Future As the Industry Undergoes Rapid Change →