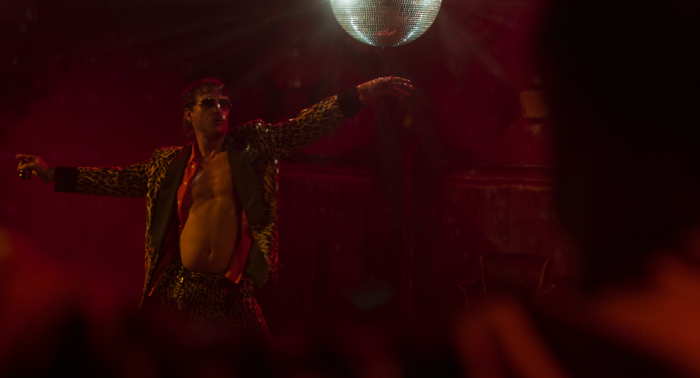 How do you even begin to approach a subject like Rainer Werner Fassbinder? How can you accurately convey even a smidgen of his complex and chaotic life, which remains the topic of heated discussion among film nerds to this day? One of the key figures of the New German Cinema movement, Fassbinder’s work specialized in scathing social dramas populated by misfits, outsiders, and marginalized groups. He delved deep into the scarred psyche of post-war Germany, particularly the inner demons of its female population, jumping around genres, settings, and scale. This is the man who made no fewer than 44 films and TV series in 15 years, as well as plays, radio, and acting in other filmmakers’ work, before dying at the age of 37. A bisexual man who mostly had relationships with other men, Fassbinder was also a habitual drug user, heavy drinker, and a chain-smoker. Oh, and he was violently temperamental and delighted in endless displays of provocation. He was loved and loathed across the political spectrum. His works are lauded as feminist or misogynist, proudly queer or self-loathing displays of homophobia, communist scourges or sell-outs of the left-wing, all depending on who you ask. So, how do you turn all of that into one feature-length biopic?

German director Oskar Roehler has certainly given it a good shot. Enfant Terrible takes on a monumental task, trying to encapsulate around 17 or so years of Fassbinder’s frantic, ceaselessly crowded life and evolution into one of Europe’s most respected filmmakers. It wouldn’t be easy to make any kind of biopic about Fassbinder, much less one with a traditional structure expected of the genre, but mercifully, Roehler avoids most of those pitfalls. He’s less interested in offering a beat-for-beat breakdown of his life and achievements than exploring his persona by evoking the look and themes of his vast filmography. The entire thing is filled with colorful lighting and the sets are threadbare theatrical settings with windows and furniture often painted onto the walls (which wobble frequently.) There’s an appealing spontaneity to this approach, akin to the ‘let’s put on a show’ verve of early Fassbinder, wherein his movie-making almost felt like a cultural heist he couldn’t believe he was getting away with.

To give Roehler credit, he’s taken on a lot with this 135-minute film. No true Fassbinder biopic could be languidly done and Enfant Terrible entertainingly zips along, primarily propelled by its lead performance. Oliver Masucci, who you may recognize if you’re a fan of Netflix’s Dark, is clearly having a blast playing Fassbinder at his sleaziest. With a hefty paunch on display and a perennial sheen of sweat on his brow, Masucci brings life to the ego and charming sleaze that made Fassbinder equal parts alluring and repulsive, often at the same time. At 52, he’s too old for the role, but Fassbinder never exactly looked youthful in his time.

Being around Fassbinder is like being in the eye of the storm. He throws more tantrums than the average toddler. Plus, your baby nephew isn’t freebasing this much cocaine. He’s loud, petulant, demanding, and cruel. He taunts his tight-knit creative team, which frequently includes his lovers, and offers often-contradictory direction on sets that feel as though they’re constantly on the verge of ruin. Fassbinder was immensely prolific and shot some of his most beloved films in mere weeks, leaving his cast and crew overworked and under-paid (if they were ever paid at all.) 1974’s Ali: Fear Eats the Soul, the film that led to his international breakout and a legendary standing ovation at Cannes, was shot in under a fortnight. One credit cheekily notes that a year has passed in the film, which equals about seven movies. Many former collaborators of Fassbinder have talked about the tumultuous experience and his abusive and controlling ways, including several ex-lovers. Roehler seems most at ease in conveying the near-mythic antics of Fassbinder at work, allowing Masucci to rant and drink (rum and coke, for anyone who wanted to know) and be the epitome of the ‘nightmare genius.’ You certainly understand the terror of being under his thumb but it’s less clear as to why any of these people stuck around for as long as they did. Fassbinder commanded immense loyalty, making dozens of films with the same people, but their work is absent. Indeed, some of the true legends of New German Cinema are reduced to things for Fassbinder to yell at or about.

It feels like a wasted opportunity given that one of the reasons Fassbinder’s work endures—despite his controversial status—is its dense emotional and political complexity. Fassbinder’s heroines are fascinating and prickly women who were troubling and troubled long before Hollywood finally opened the doors for ‘difficult’ female characters. The trio of women in The Bitter Tears of Petra von Kant, one of his most famous films, examines ideas of emotional co-dependency, gender roles, sadomasochism, and the narcissism of the self. Whether or not you think Fassbinder’s work is feminist, it’s certainly dense and challenging, showing women in dark and unflinching ways that feel like gifts to actresses. So, it sucks that Enfant Terrible makes them blank slates for not much beyond a few bites of exposition. Fassbinder was undoubtedly a sh*tbag when it came to women, and I can’t say I was mad that the film didn’t show him being abusive towards them as he was, but it does a disservice to forget them. Given how influenced Fassbinder was by the work of Douglas Sirk and his overwhelming female-centered melodramas, Roehler’s male-centered narrative gives us only a shred of Fassbinder’s story. The women are such ciphers that some of them aren’t even named properly. Unless you really know your Fassbinder, you may miss that the character named Martha is supposed to be Hanna Schygulla. I’m still not sure who Gudrun is meant to be. Maybe Ingrid Caven? Whatever the case, a woman in a Fassbinder story has no business being reduced to such nothingness.

The closest we get to an emotional center with Enfant Terrible is through Fassbinder’s trio of doomed romances with Günther Kaufmann, El Hedi ben Salem, and Armin Meier. As with his work, Fassbinder was an all-consuming partner, a co-dependent charmer who would drop his lovers whenever a fit of boredom overcame him. Two of these men died by suicide, one of them after being arrested for stabbing several men in a nightclub. Masucci does a lot of heavy lifting to convey the obsessive love Fassbinder felt for these men, fetishizing them before declaring them to be tedious. The film doesn’t offer much else.

Fassbinder is not the kind of figure who could be fleshed out between the smothering boundaries of the conventional biopic, and Enfant Terrible doesn’t take the easy road. Fassbinder doesn’t sadly reminisce about his childhood. There are no sepia-toned flashbacks. His most famous works aren’t turned into easily consumable Easter eggs for the audience. Rather, Roehler seems more interested in showing Fassbinder as a character in a Fassbinder movie, but that strategy comes with its own obvious flaws. He certainly understands the most prominent themes of his subject’s work — isolation, exploitation, life as a societal outsider, the brutality of systems built upon oppression — but it’s just not enough. Not for the film, and not for Rainer Werner Fassbinder. If the intention of the film was to convey the sense that these ideas defined Fassbinder or that he pioneered them as cinematic tools in some way, neither option makes much sense or pays off as required on-screen. These ideas work in his films because they have character to drive them as well as authorial intent. That’s obviously lacking when you’re trying to ape someone else’s style to tell their life as such.

Really, if you wanted to make a Fassbinder movie about the man himself, you wouldn’t be able to make something that is ultimately as fun to watch as Enfant Terrible. While Fassbinder was capable of mainstream-esque work, his most impactful and emotionally piercing stories are often the most stylistically stripped back. Petra von Kant is essentially a chamber drama that uses its limited settings to convey claustrophobia better than half the films that tried to replicate it. Ideally, his own biopic would be two hours in one room, full of scathing one-liners, a lot of coke, and the man himself in a leopard print bathrobe scrawling notes as he predicts his own demise. Without a real insight or offering into why Fassbinder’s work is so excellent, Enfant Terrible feels like a set built on shaky foundations.

I once had a conversation with someone who lamented that we don’t have a Fassbinder-style provocateur working in film today. We don’t make them like that anymore, apparently. There’s no film good enough to justify the cruelties and abuses of any ‘genius’, including the guy who made some films I really like (my personal favorite is Veronika Voss), and who has multiple titles in the Criterion Collection. I do, however, think it’s important to contextualize figures like Fassbinder, as well as their creative importance, and art can help us with that. Surely a biopic doing its job properly would allow audiences to fully understand its subject? If you only knew Fassbinder from Enfant Terrible, you’d get the sense that all he was known for were his excesses. What do we learn from an unfinished portrait? That the filmmakers were overwhelmed, or that they had their own agendas at play? As thankful as I am that Enfant Terrible does not whitewash these abuses, without the full picture, what is there to learn? For those looking for more than the surface level allure, perhaps the artist’s own work is the best route to take.

Enfant Terrible opened in Los Angeles on May 7, then in limited cities on May 14. It is now available on DVD and VOD from June 15.