'Bombshell' Review: The Arc of the Moral Universe is Long, but It Bends Towards Justice, My Ass

I watched the entire season of Showtime’s The Loudest Voice, and we have all been living the last four years of Donald Trump, so it’s hard to imagine that Jay Roach’s Bombshell has any lessons worth imparting that we don’t already know. Namely, the bad guys win and will continue to win, apparently, until they are at death’s door, and even when the good guys win, it’s temporary, and eventually, everything goes back to being a trash fire. The end! “The long sweep of America has been defined by forward motion,” President Obama said in his farewell speech three years ago. All due respect, but Obama was fucking wrong. The last three years are ones of backward motion so accelerated that sometimes I wake up nauseous and seasick. Every once in a while, the backward motion will hit a snag — Roger Ailes’ exit from Fox News, Trump’s impeachment — but it returns to its regular pace the following day.

Why would anyone want to watch that play out again for two hours in Bombshell? Do we need to see another actor (John Lithgow in this case) creep on another actress (Margot Robbie here)? Do we need to see problematic white women, Megyn Kelly (Charlize Theron) and Gretchen Carlson (Nicole Kidman), hailed as heroes for taking down Ailes?

Maybe? Yes? I don’t know. I’ll say this much, though. Jay Roach, writer Charlie Randolph, and Theron do a terrific job of acknowledging Kelly’s contributions to the ouster of Ailes while also damning her for contributing by her silence to the environment that allowed him to remain. Roger Ailes attempted to force himself on Kelly three times early in her career, and she rebuked him. They managed, nevertheless, to continue what was obviously a successful relationship together at Fox News. Kelly’s decision to reveal that to the private law firm investigating sexual harassment at Fox News was the straw that broke the rapist’s back, but it didn’t prevent dozens of episodes from happening in the years before Gretchen Carlson sued Roger Ailes.

Bombshell is a fine enough film — it’s competently made, the performances are terrific, and it is sufficiently crazymaking — but there are two phenomenal scenes in the film that make it well worth seeing. Both involve Margot Robbie, whose role is small here but pivotal and terrific. Robbie plays Kayla Pospisil, a fictional composite. She is basically an attractive, conservative, Jesus-loving Instagram influencer turned research assistant for Gretchen Carlson and later Bill O’Reilly. She and another fictional character, a production assistant named Jess Carr (Kate McKinnon), drink too much after work and end up spending the night together. Even though they sleep together, Kayla insists she’s not gay, but the real scandal is that Jess Carr is a closeted Democrat working at Fox News. The scene mostly works because who is not going to love pillow talk between a closeted lesbian played by Margot Robbie and a closeted Democrat played by Kate McKinnon (also, it’s impossible not to think of Bari Weiss at this moment). It’s a phenomenally fun scene to watch.

The other terrific scene, which illustrates what’s really the thesis of the film, is a conversation between Kayla and Theron’s Megyn Kelly. Kelly has heard rumors (correctly) about Ailes’ pressuring Kayla to perform sexual acts in exchange for favorable treatment at the network. Kayla is devastated that Ailes pressured her, that she gave in to the pressure, and that people know about it, and when Kelly asks Kayla to come forward, Megyn uses that empathy tool that journalists often use to elicit cooperation. In an effort to get Kayla to open up, Kelly admits to Kayla that she was harassed by Roger, too. Kayla is surprised to learn this, but even more surprised to learn that it’s happened to so many other women, none of whom came forward. Kayla also wonders, why did none of those women — or any of the men who so obviously knew what was going on — ever warn Kayla before she walked into Ailes’ trap?

That is the challenging conversation in Bombshell, and like this season of Apple TV’s The Morning Show, it goes to complicity. As they say, it takes a village, and here, there’s the clear villain in Roger Ailes, but there’s the secretary who sent the young women into Ailes’ office fully aware of what was happening (the secretary is also singled out in the Showtime series); there’s Ailes’ wife, Beth (Connie Britton), who looked the other way when she knew better; there are all the women like Megyn Kelly who experienced the worst ordeals of their lives and knowingly allowed it to happen to the women that came after them in order to protect their own careers; and there are the husbands and the boyfriends, who knew what happening but remained silent, too, because they didn’t want to rock the boat, or endanger a salary.

This is telling, from an ABC News piece in November 2016:

Kelly said it would have been “a suicide mission” for her professionally if she publicly accused Ailes of harassment at the time she alleges it occurred.

“I now know the number of women who were targeted, and it’s disturbing,” she said. “But realistically, that would have been a suicide mission for me and my career.”

It’s not Megyn Kelly’s fault that Roger Ailes was a monster. Megyn Kelly also had no obligation to sacrifice her career to report Roger Ailes. But this is how it happens, and it takes someone like Gretchen Carlson — who I am sure has her own host of problematic issues separate from this — to build enough personal capital in order to sacrifice it (and her career) to finally put a stop to men like Ailes. Carlson didn’t owe anybody shit, but had she not said something, men like Ailes; his successor; Bill O’Reilly; Bill Shine; and Charles Payne would still be at Fox News, and they would still be harassing women, and Brian Kilmeade and Steve Doofus would still be openly harassing their Fox & Friends co-host on air.

So, progress? Sure. Sort of! Forward motion! Also, Bombshell is a great airplane film, or at least a good enough movie to watch at home after its digital release, if only for Margot Robbie’s fantastic supporting performance (and pillow talk with Kate McKinnon). 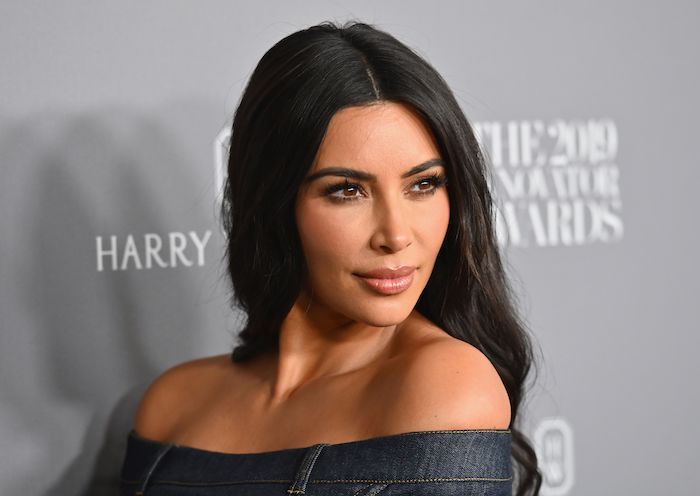 Why Does Kim Kardashian Do This to Christmas?