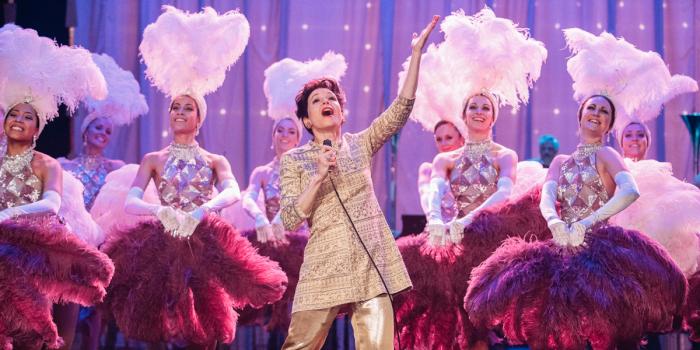 Making a musical biopic can often be an utterly thankless task. The basic formula of the genre is not one that demands experimentation or deviation from the well-worn mold, and indeed, the industry prefers it that way. Why stir the pot too much when the tried-and-tested method has proven so fruitful? There’s a reason Oscars flash in the eyes of critics and executives alike when the latest project is announced.

So was the case for Judy, a movie whose tropes are almost as familiar as its beloved central figure. After several years away from the spotlight, Oscar-winner Renee Zellweger has donned the bright pantsuits and brought a warble to her voice to portray the oft-imitated but never replicated Judy Garland, telling the story of the end of her life when, broke and desperate to keep custody of her kids, she mounted a series of concerts in London that were, to put it mildly, tempestuous.

Much will be made about whether Zellweger looks like Judy or gets the mannerisms right or nails the voice. There will undoubtedly be those fans who are outraged at the very idea of Zellweger not only doing her own singing but having the gumption to not even attempt an impersonation of Garland’s immensely distinctive style. The truth is that Zellweger often looks like Judy but not always, and her singing is solid if not the barn-burner Garland was in her prime. I didn’t look at her and instantly think, ‘Oh hey, it’s Judy Garland’ in the way that is so often demanded of actors smothered in make-up and prosthetics. And it didn’t bother me one bit because the performance is a success in large part thanks to its refusal to be a check-list of tics and one-liners.

Zellweger and director Robert Goold do not abandon the basic details of Judy, but they have been savvy in their willingness to put character before mere copying. The result is a fully lived-in portrayal that understands the very essence of what made Garland not only so prickly but intensely easy to root for. By the end of her life, Garland was an undeniable mess, thanks to a combination of insomnia, drug abuse, alcoholism, and the emotional strains of a lifetime in the business. She tried so hard but her demons put roadblocks at every turn (or pushed her further into ruin via the machinations of a cruel industry that controlled her childhood). During those final concerts, she was often excellent but typically late and barely able to pull through at the best of times. At the worst of times, she was drunk and hysterical and, to use that terrible word, ‘difficult.’ What Zellweger gets at so effectively through her portrayal is that fallen baby bird quality that made Garland so fragile and pitiable. She never did stand a chance and Zellweger shows the self-awareness of a woman who has known that detail from the earliest age. Crucially, she also gets Judy’s warmth and wit, a perpetual entertainer who can delight friends and flunkies as much as she can deflect from more pressing matters.

As with many biopics of this type, Judy is engineered to be a sturdy enough foundation for a stellar leading performance and not much else. Adapted from a stage play, the story hits every beat you expect it to. You could almost set your watch to the precision of how this narrative unfolds and lands on every expected marker: The childhood flashbacks, the glass smashing fights, the family strife, the big fall, the encouraging outsiders, and the triumphant climax in the face of utmost agony. The peeks into her extensively documented childhood feel the most unnecessary, showing how Louis B. Mayer shaped her into a star of his liking through gaslighting, emotional abuse, and contractual drug use. These moments feel like a live performance of her Wikipedia page and do nothing to enlighten or enhance Zellweger’s arc in the later scenes. It feels like a cheat to her work, actually, that the screenplay did not trust her or the audience to be on Judy’s side. Another scene, involving her interaction with a fictional gay couple who are Garland superfans, is at least sweet in its predictability but feels too calculated to remind audiences of her long-standing status as a queer icon. It’s the sort of story beat one can excuse in a play or something a little more fantastical in nature, but Judy often struggles to break free from its source material’s structural limitations. This is also evident in how the supporting cast — which includes Jessie Buckley, Rufus Sewell, and Michael Gambon — get so little to do. It’s the Judy Garland Show and nothing’s going to stop Renee. Not that you mind much. Honestly, if you don’t know every single thing to expect when going into this movie, then you may never have seen a movie in your life.

Judy is hardly emblematic of Swiss watch style fine engineering, in large part because it has no desire to be anything other than the good movie it is anchored by a great performance. Such endeavors are ten a penny in the world of biopics because it’s what we’ve come to expect, to appreciate, and to reward. This is not to denigrate Renee Zellweger’s wonderful work or her earnestness with an impossible task, of course. Come for the performance and stay for it. For a more enriching and emotionally troubling take on Garland’s life, check out the ABC TV-movie Life with Judy Garland: Me and My Shadows with Judy Davis.

Judy opens in the United States on September 27. 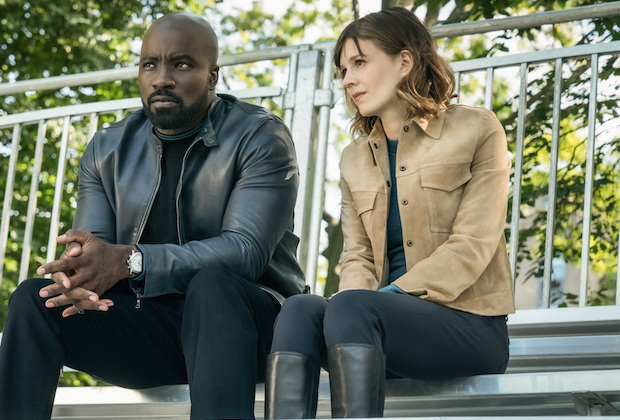