It was inevitable, really. At some point, the ever-expanding Fast and Furious universe would just become too big, too star-packed, too much. Overflowing with muscles and machismo, the only way to bleed some of that gasoline-infused testosterone was to branch out. It was already apparent, based on not-so-secret reports, that relations were strained between competing lead actors Vin Diesel and Dwayne “The Rock” Johnson. Perhaps the only solution was to give Johnson’s international super-agent Luke Hobbs his own film, allowing more room for him to flex his attitude … and arms.

Who better to accompany him than villain-turned-recalcitrant-hero Deckard Shaw, played with sneering, sarcastic smoothness by Jason Statham. Statham was far too popular an actor to be a one-off in the Fast and Furious franchise, and so - despite cold-bloodedly murdering fan-favorite Han in Fast & Furious 6 — he underwent a somewhat baffling redemption arc and became a reluctant ally. Taking two of the most charismatic protagonists from the franchise and giving them their own picture seemed a no-brainer.

Thus bringing us to Hobbs & Shaw, which teams the two titular heroes up to take on a mysterious techno-cabal of international terrorists, led by a genetically enhanced super-villain — the preposterously named Brixton Lore (Idris Elba). Brixton is hunting Shaw’s sister, Hattie (Vanessa Kirby, who should have her own franchise), a government agent carrying a super-virus (you’ll notice a lot more “super” being tossed around), and it’s up to Hobbs and Shaw to team up with Hattie, stop the bad guy, and save the world.

On paper — and even in previews — it seems like a recipe for success. And in many ways, it is! The action scenes are wild and breathless, and the banter between Shaw and Johnson is fast and … uh … fun. Let’s go with fun. Mostly. But … there’s something missing here, something that causes the film to lack the warm fuzziness of the other films in the franchise. It took some ruminating to figure out what it is, and it essentially comes down to a few issues that prevent the film from having any real impact.

Is Hobbs & Shaw entertaining? Yes, it is. Not throughout, but it’s certainly prime summer fodder. But is it good? Not really. It takes too many shortcuts and fails to give its characters any real appeal, which is shocking given the stars attached. It ratchets the machismo up to unbearable levels, turning Johnson into a caricature of gross manliness (there’s a particularly unappealing scene where he taunts Shaw by talking about what he would do, sexually, with his Hattie — as she sleeps right next to them). The film dumps a few ineffective cameos (OK, some of them work well) in to try to spruce things up, but it just never elevates it high enough. And sure, the other films aren’t objectively “good” either, but they’re fun and enjoyable and rewatchable. Hell, I own all of them and watch them regularly. This one? I guess if I can’t find the remote, I’d stick with it on a lazy Saturday on cable. And sadly, that’s the best I can say.

Jessica Simpson and Pink Have Banded Together Over Hair 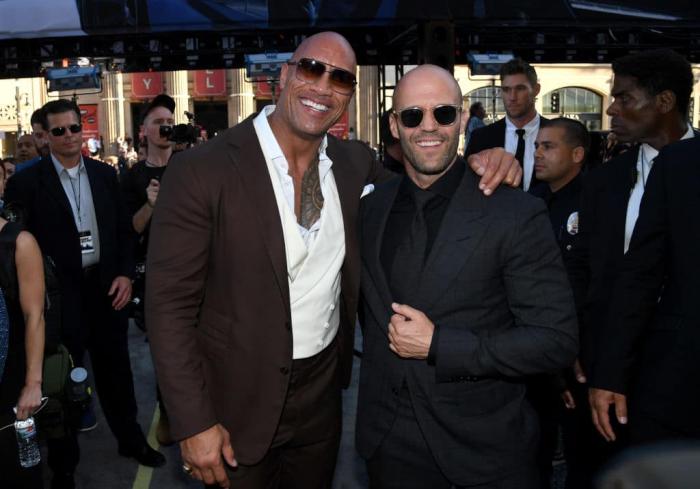