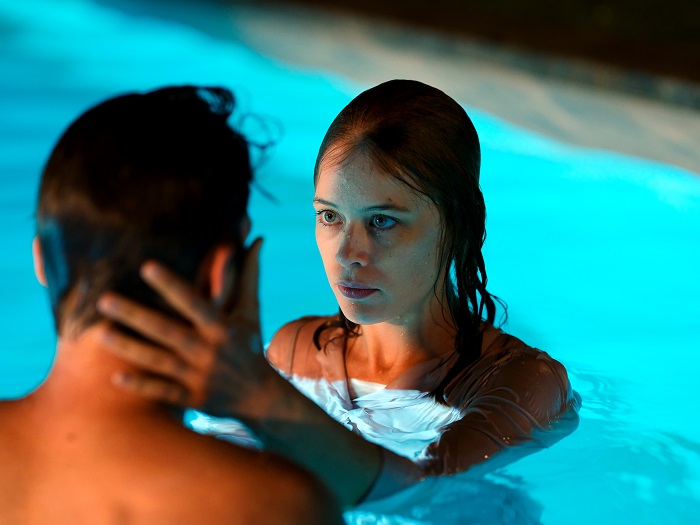 Perhaps this is my overall pessimism and glass-half-empty way of looking at the world going full mask off, but: Folktales and folklore are mostly pretty bleak, right? I still don’t understand how the term “fairy tale” became synonymous with something good because most fairy tales are actually hella depressing! They’re often stories about tribal fear or entrenched sexism or xenophobia—and sometimes both. Look at any folk-horror movie, like Wicker Man or Midsommar or In the Earth—and they often carry some kind of lesson tied to those themes. Don’t mess with the environment, a lot of the time, and don’t mess with our women, some of the time. Sometimes you just to have burn an interloper alive while he’s stuffed inside a bear carcass, you know?

As we move further away from the initial creation of these varying folktales, certain cultural meanings and warnings are lost. The world changes, and so do its people, and the stories they tell about themselves. But at their most basic, folktales test our accepted limits of reality by asking us to accept a sensational or fantastical element. How much would our lives change if something we thought to be impossible turned out to be real?

As a filmmaker, Christian Petzold has flirted with such strangeness before: the disquieting reveal at the heart of his 2007 film Yella, the Kafkaesque alternate present in 2018’s Transit. Most of his other filmography has focused on German identity after World War II (2012’s Barbara, 2008’s Jerichow), and one of his best films, 2014’s Phoenix, merged the real and unreal together with a story about a Holocaust survivor who returns to Germany after WWII ends and is hired by her estranged husband, who doesn’t recognize her after a war injury, to impersonate herself. What is unique about growing up, living in, and being German? What rhythms and peculiarities does that nationality carry with it?

With his latest, Undine, Petzold returns to the questions raised by Phoenix and commits himself fully to the reinvention and reinterpretation of ancient mythology. (If you know what the word “undine” means, then of course the title of the film is a spoiler, but I’ll try to tread lightly here.) The film he creates is a spellbinding meditation on life’s most mundane repetitions, on how that kind of echo can ensnare even the ethereal, and on the weight and weariness of predetermined fate.

Undine drags, sometimes feels nonsensical, and led me to say, “Wait, what?” more than once. At the same time, its visuals are dreamy and alluring, its script is evocative and thought-provoking, and the film’s climax is suffused with such anxiety and melancholy that I haven’t been able to shake it for months. Petzold asks what love is, and offers surrender as an answer; he asks what surrender is, and offers violence as an answer. Undine moves slowly, like a wave gathering force millimeter by millimeter, until it drenches you in the force of its romance and its dread. 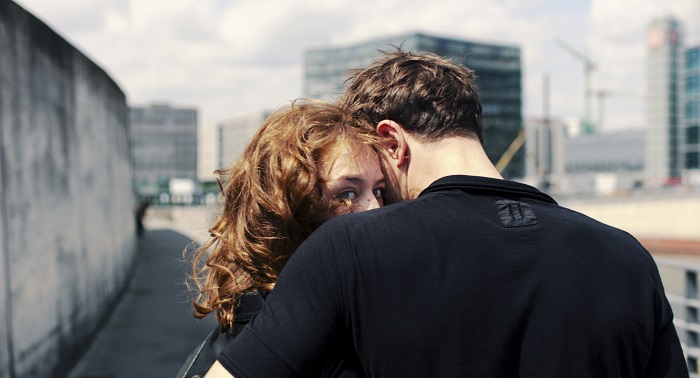 Undine stars Paula Beer as its titular character, a 30something woman whose introduction is immediately disconcerting. In the film’s first scene, she sits with Johannes (Jacob Matschenz) at an outdoor café, fumbles over whether she should order a coffee or not, and starts to cry. The couple is breaking up, and Undine is seemingly devastated—while Johannes seems perfectly casual about it. He smokes a cigarette and looks at his phone; she recites his promises of love with clear bitterness, and then she says something else: “You said you loved me. Forever. If you leave me, I’ll have to kill you. You know that.”

Is that a literal threat? Johannes doesn’t seem to believe so. When Undine walks across the plaza to her job as a docent for the city of Berlin, Johannes leaves too. So Undine works, explaining to tourists and visitors Berlin’s architectural and civil engineering history. She explains, while Petzold follows her around in long, unbroken scenes, the history of this model or that model, the importance of the building in this photograph, the differences in design between East Berlin and West Berlin. And when it’s time for lunch, she returns to the café where Johannes left her, and she meets another man: Christoph (Franz Rogowski). An industrial diver who fixes the underwater technical machinery of dams, rivers, and other bodies of water, Christoph is intensely focused, surprisingly funny, and smitten. Undine and Christoph’s meet-cute through an aquarium tank (Romeo + Juliet vibes!) is bizarre and adorable, and they’re suddenly inseparable.

As Undine moves forward, the narrative adds in details that could be coincidental or imaginary, amazing or odd. The atmosphere is one of fervent sensuality and perpetual unease. Christoph is overjoyed to be visited by “Big Gunther,” an infamous, huge catfish, while working underwater on a job. Later on, he’s shocked to see Undine swimming alongside Big Gunther when they spend an afternoon together frolicking in the water. Are his girlfriend and this gigantic fish … friends? The leg breaks off a ceramic figure of a diver that Christoph gave to Undine as a gift; is the injury going to show up on Christoph, too? Undine is thrown off her axis when, on a walk with Christoph, she sees Johannes again—but isn’t she happier now? Why pursue what was in the past?

On paper, the plot of Undine seems sparse, but that simplicity adds to its effectiveness. Each new detail about Christoph and Undine’s relationship has the potential to tip the story more into drama, romance, or horror, and Petzold cycles through the genres with intentionality. Beer and Rogowski sizzle together, and the latter seems well on his way to becoming Petzold’s new muse, a la Nina Hoss. Undine certainly luxuriates in its own strangeness, and its slow pacing and puzzling narrative might grate on some. But as another example of Petzold’s interest in the stories that shaped us, and as an offering of where those stories could go next, Undine is compelling, unsettling, and as beautiful as it is baffling.

Undine is available in select theaters and for rental as of June 4, 2021. This film was reviewed via a screening link viewed as part of the 2020 Middleburg Film Festival.