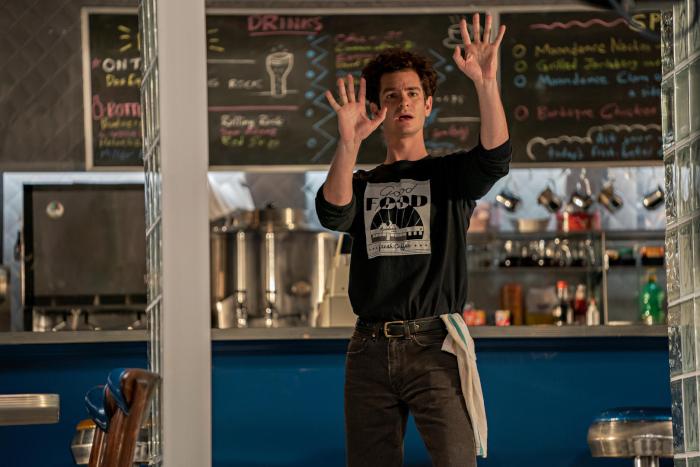 When I was a teenager, I told everyone I planned on being dead by the age of 35. As a black-hair-dyed loner with my head buried in my confessional poetry, I am aware there was more than a whiff of the Melodramatic Creative to this declaration. But it was also informed by the fact that I was a closeted gay kid raised in an Evangelical household—in my church we watched videotapes about Armageddon and we sighed hopefully—who was simultaneously going through puberty at the height of the AIDS crisis. Death seemed less theoretical for me than I think it must have been for most of my comparatively carefree peers, and I came by my Big Goth Attitude fair and square, thank you very much.

Well, 35 has now come and gone, and I can affirm that I am happy to be here to see the other side; right around 34 I decided, you know what, 35 is probably a little young actually? Still the passion of youth and poetry and drama, that stuff’s terribly intoxicating. And all of that intoxicating stuff thrums wildly through the life and work of the composer and playwright Jonathan Larson, who did indeed die at the age of 35, and of no less romance than his heart actually exploding. (The scientific term is “aortic dissection,” meaning his aorta started pumping blood through the walls of its own muscle, but I am fairly certain that Larson would prefer my more colorful description.) That he died on the opening day of what would turn out to be his great success, the musical Rent in 1996, well, that’s how legends become.

Legends are also become when legends begin immortalizing legends, and the fact that Hamilton creator and notable theater person Lin-Manuel Miranda has decided to make his film directorial debut (after writing music for Moana, Mary Poppins Returns and the upcoming Encanto) with Tick, Tick… Boom!, an adaptation of Larson’s 1990 one-man stage show that’s all about Larson’s own creative struggles, only layers more gold across this golden boy’s to-be-tragic tale. Is it tragic, though? I have no doubt that Larson’s loved ones would have gladly exchanged more life over the clockwork-precise pieces of this capital-L Legend snapping into place, and probably Larson would have eventually—maybe if he’d crossed that rainbow bridge of 35 himself—felt the same. He had so much he wanted to create that he seemed as a person to pulse, to hum, with all of those possibilities. Still, it’s hard to judge where an artist of this exorbitant passion might fall on the question—I mean, is it Larson’s final act that actually makes his story so rich, so worthy of dissection and adaptation, 25 years later?

It’s true that Tick, Tick… Boom! is all about those moments before that “Boom!” — the hard work and multiple failures that came before Larson’s death and posthumous success, that is — but that “Boom!” can’t help but inform the entire shebang. His desperation to Make It, to express himself from the biggest stage he could stand on, gains a good dose of its melancholic power from our retroactive perspective—from knowing what happens next. Miranda’s film, which remains admiringly intimate, doesn’t push the epilogue hard, but it doesn’t need to. We can hear that coming sadness echoing back through its sound stages and squalid New York apartments, pinballing down alleyways and over and under painted skylines. A snowy rooftop party pause that hangs still like heaven, crystallized in forever as a single beautiful note. The moment becomes the Everything, electric, so vital it aches. I can’t imagine Larson wanting anything less than that. That’s all any person making any art dreams of.

Manuel’s film is a heart-splayed-open ode to many things I care about—to this city I call home; to my generation; to all of the people we were losing so terrifyingly fast during those years; to the noblest magic of pulling beauty right out of thin air—but its great success lies in how spectacularly it renders the paramount importance of every single moment, second, breath that we have. From start to finish, it careens off plaster walls and wooden boards, grasping lustily for the stuff of life at its infinitesimal source. As someone who’s admittedly not the world’s biggest fan of musical theater, I nevertheless found myself entirely incapable of cynicism in front of its big goofy smile (hello Andrew Garfield, never better) and goodwill. I tried! I went in real unimpressed, real cool guy. But there was simply no fighting off Tick, Tick… Boom!’s sincerity, its happily-uncool empathy and emotional ebullience. It wore my walls down fast, and I couldn’t have been happier for it. Sometimes music is the only way we can sing.

← Review: 'Last Night in Soho' Is Immersive, Muddled, and Stumbles Over Itself | 'The Wheel of Time' Series Premiere: Unexpected Turns in the Road →