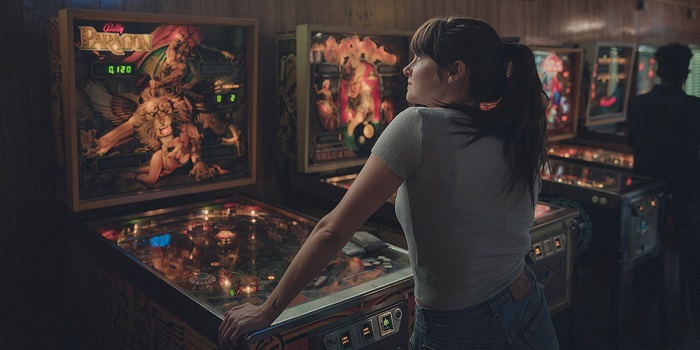 Review: 'Endings, Beginnings' is an Irritatingly Narrow View of Womanhood

I will forever defend filmmaker Drake Doremus’s Like Crazy, which caught Anton Yelchin, Felicity Jones, and Jennifer Lawrence at just the right time in the upward swing of their careers. As two college students whose whirlwind relationship is complicated by an overstayed visa, years spent living apart, and romantic indiscretions on both sides, Yelchin and Jones are raw and wonderful, and the film’s final uneasiness brings to mind those last few minutes of the classic The Graduate. People act absurdly and illogically in Like Crazy because the depth of their feeling is just too much to bear, and that impulsiveness is simultaneously very infuriating and very real.

I wish the emotional depth of Like Crazy was present in any aspect of Endings, Beginnings, but alas. Doremus’s latest, starring Shailene Woodley, Sebastian Stan, and Jamie Dornan, fails to adequately connect its characters to each other or their experiences to us, and honestly, watching it made me feel ancient. This is a movie that is trying to tell us something about the aimlessness and confusion of the Millennial experience but that also provides its characters with a variety of safety nets and financial windfalls. Everyone is making bad decisions that the movie presents as good decisions. Everyone is pretty and thin and white and brunette, this movie has no time for blondes. It’s too serious for that! Won’t you think of the gorgeous, misunderstood people’s feelings?

Endings, Beginnings introduces us to Daphne (Woodley, doing the same naturalistic boho thing she brings to Big Little Lies), a woman in her late 20s moving back into her sister Billie’s (Lindsay Sloane) pool house after blowing up her life. She quit her job working at an art nonprofit, she broke up with her boyfriend of 4 years, and now she’s chain-smoking cigarettes, fruitlessly applying to other positions, and causing a strain in her sister’s marriage.

“Take time alone,” her friends advise, and so she makes a pact with the pregnant Billie to avoid sex and alcohol for 6 months. Maybe, Daphne thinks, she can make some positive change in her life. But in reality, she has a strained relationship with her mother, and she’s ignoring her own art, and she can’t seem to quit the attention of men. At a New Year’s Eve party, she meets Frank (Stan), who eyes her up like a snack, who asks her “Who are you hiding from in that dress?”, who keeps his eyes on her while he’s disinterestedly nodding along to other women. And then at the same party, Daphne also meets Jack (Dornan), a friend of Billie’s whose Irish accent and intense stare beguile Daphne, too.

What happens next is, honestly, what many audience members would love to have happen to them: Pursued by both men, Daphne develops feelings for each, and some steamy sex is had (man-on-woman oral, following in the MPAA-challenging footsteps of Blue Valentine!), and the young woman has to decide what kind of life she wants to live. Is it worth jumping into another relationship? What could either man offer her? And what does Daphne want to offer herself?

The script from Doremus and co-writer Jardine Libaire relies on us identifying with Daphne and believing her appeal—her bond with her sister, the loyalty she inspires in her friends (including a shockingly underused Kyra Sedgwick), and of course the attention she receives from one, two, three, four men—but if you can’t empathize with Daphne, the whole thing falls apart. And, unfortunately, the film never quite makes her case. She’s just not that interesting, and the film doesn’t give her opportunities to be so. We don’t know enough about her bond with Billie, or the relationship she had with her long-term boyfriend, or what she would have in common with either Frank or Jack, each of whom is about a decade older than she is. It’s difficult to become invested in Daphne’s journey when the film keeps her at a distance, relying on Spotify playlists and text-message exchanges instead of putting in solid character-development work. Sure, the characters talk a lot, but the vagueness of their conversations (Daphne broadly talking about wanting to help people; Frank continuously referring to how Daphne drives him crazy; Jack briefly mentioning his disinterest in having kids) feel less like a reflection of a generation and more like simplistic writing.

Daphne isn’t the only character who suffers a disappointing superficiality; the same goes for Frank, who is about as generic of an “unreliable hot guy” as you can get. Sure, Stan is shockingly beautiful here! His gorgeousness is distracting! But the movie is too obvious in how it presents his irresponsibility, just like how Daphne’s moneyed lifestyle when she is clearly broke is too convenient and the film’s final decision regarding her emotional journey is too simplistic. In fact, Endings, Beginnings does one of the things a story about women absolutely should not do, and it wants us to applaud that narrative choice as one filled with confidence and joy instead of the limiting, narrow conception of womanhood it actually is.

“Nothing good happens when I’m alone,” Daphne declares, but Endings, Beginnings falters because it never convinces us of who Daphne is, whether attached or unattached, whether having sex with someone or just having a conversation with them, whether regretting her own choices or sticking by them. The decisions Daphne, Frank, and Jack make aren’t believable for how old and established these characters are supposed to be, and the film’s final swerve in particular is incongruous to the world in which Doremus tells us these characters live. I can commend Endings, Beginnings for its commitment to showing us Very Hot People having a lot of sex, but the film doesn’t capture the feelings that lead its characters to those heady, obsessive places, or communicate why we as viewers should care.

Endings, Beginnings had its world premiere at the 2019 Toronto International Film Festival.