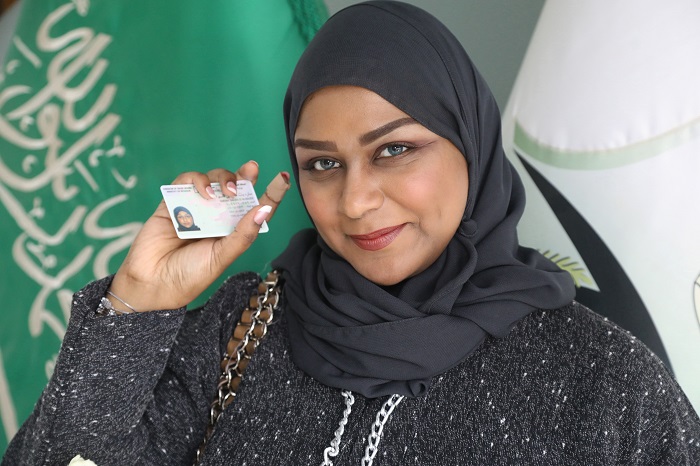 The Middle East is not a monolith: there are different races, ethnic groups, cultural practices, religions, and languages all at play in the region, and Saudi Arabia is one of the U.S.’s closest allies in that part of the world. You can thank oil for that relationship, for the most part. (If you haven’t seen Syriana yet, you should.) And for decades, Saudi Arabia lay claim to the only law in the world of its kind: that women in the country were not legally allowed to drive.

This denial was a source of international attention and disapproval: President Obama’s administration was quietly pressuring Saudi Arabia to overturn the law for years, although he drew criticism from human’s rights groups for failing to bring it up when he visited the country in 2014. And in 2017, as Saudi Arabia was in the midst of a campaign of trying to reinvent itself on an international stage (remember how Crown Prince Mohammad Bin Salman Al Saud was breathlessly discussed as the modern future of the nation, before the murder of Washington Post journalist Jamal Khashoggi?), the announcement was made: the ban on women drivers would be lifted.

The aftermath of that decision, which was enacted in June 2018, is chronicled in the documentary Saudi Women’s Driving School, which airs on HBO on Oct. 24. Director Erica Gornall follows a number of individual women whose lives are affected by the law change, including Sarah, whose job as a salesperson at a Ford dealership lines up with her opportunity to learn how to drive, and Amal, the instructor who teaches Sarah at the Saudi Women’s Driving School. The school in Saudi Arabia’s capital of Riyadh is seen from above in one of Gornell’s often-used drone shots, seemingly sprung from nowhere in the middle of the desert, a hustling hub of activity — an army of 700 female instructors and a fleet of 250 cars, all catering to a gigantic waitlist of women yearning for this freedom. 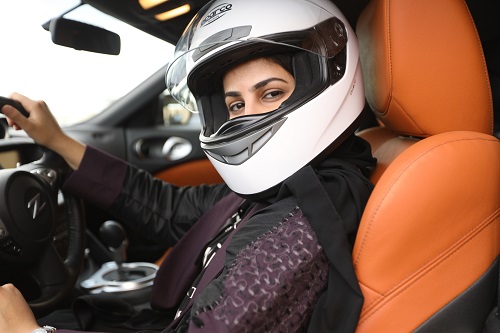 Gornall spends a fair amount of time at the school — which is admittedly fascinating, simultaneously sprawling and self-contained — but also incorporates the perspectives of other women, including the younger Shahad, a driver for Uber who likes putting male passengers on the spot by asking whether they agree with the law change, and Amjad, an aspiring race car driver who was inspired by her university’s racing team. Sarah’s and Amal’s experiences as older women learning to drive are dictated by their age and experience: Sarah, living with her two sister and mother, is primarily consumed with being able to help her mother get around, while Amal, married and with a daughter, wants the freedom to leave the home with her daughter when her husband is away on business. And those viewpoints are different from Shahad, who grew up driving with her father and sees the Uber gig as an easy way to make money doing something she already enjoys, and Amjad, whose competitive nature means she sees racing as a means to fame and success.

The women let Gornall into their lives to varying degrees, building a level of intimacy with the filmmaker that allows us to understand the daily routines of Saudi Arabian women. We see the inside of Sarah’s home and her mother cooking in the kitchen; we see Amal sit by her husband as he speaks about the role of women in Saudi Arabian society (a fascinating dynamic in that you can see Amal’s discomfort with the question, and her husband’s absolute certainty that his word counts for both of them); we see Shahad on a picnic in the desert, where she drives by herself to get away from the hectic nature of urban life. Those varying moments are illuminating, and they allow us to empathize with these women and their desire for independence.

But Saudi Women’s Driving School doesn’t go far in its exploration of another demand of Saudi Arabian women: the dismantling of the guardianship statute that means all women are secondary to the men in their families. Their fathers make decisions for them, then their husbands, then their sons. It’s a legal form of patriarchy that is undeniably constricting — even if you have a liberal, open-minded family, what if they change their mind? And while Gornall does her due diligence in mentioning female activists who were arrested by the Saudi government for speaking out about both the driving law and the guardianship law — women who are still facing charges to this day, who are still being called traitors — she also makes a slightly clumsy attempt at objectivity by including interviews where all the women speak about how open Saudi Arabia is now, how much it’s changing, how progressive the country is becoming. And the skeptic in me has to wonder: Do these women actually feel that way, or is that what they feel they have to say to stay safe in Saudi Arabia?

Shahad and her friends at a cafe chat about how many more women they see in science-related jobs, and how they work in integrated careers. Amjad speaks about how confident she is in the future of the country. “Each country has it’s own rules,” Sarah says. And Amjad’s sister admits that although the guardianship rule remains a serious issue, “We don’t want to show the problems … We have a different culture.”

Those testimonials are certainly affecting, and provide a voice to the conflicting feelings of these women: their happiness at being able to drive, and their need to feel hopeful about what is to come for the country. Hell, as someone whose family comes from a country labeled part of the Axis of Evil, I can understanding bristling at the idea that your culture is somehow inferior to others; I can relate to how these women react when the question is asked. But featuring so many of these interviews one after another feels like a disservice to the activists and arrested women who Gornall doesn’t have the opportunity to speak with, and whose voices she can’t feature. Saudi Women’s Driving School ends up with a sort of uneven quality: Although the documentary is heavy with education to viewers who might not be aware about Saudi Arabia’s laws and generous with its profiles of these Saudi women, the political angle often feels underexplored, and some scenes where the women sing the praises of their country feel inauthentic. “We have to respect every country’s rules and laws,” Sarah says, but Saudi Women’s Driving School would have done better by digging a bit deeper.

← Meghan McCain Doesn't Want to Talk About Impeachment on Her Birthday | 'This Is Us' Recap: Where Have We Seen Kate's Boyfriend, Marc, Before? →