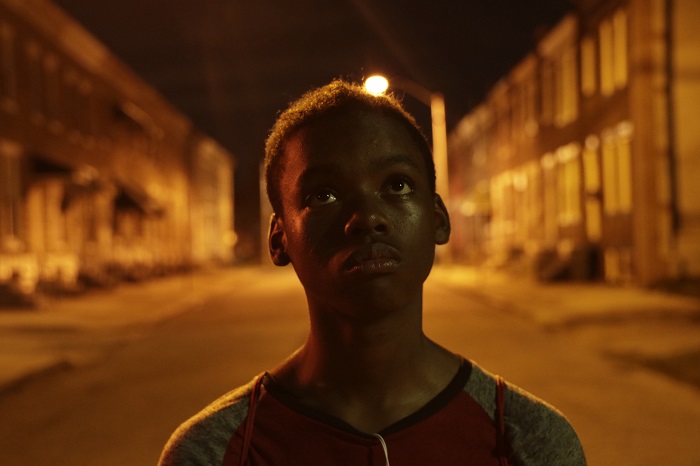 Chances are that if you spend enough time in Baltimore, you’ll see the 12 O’Clock Boys. Dirt bike riders who zoom through the streets pulling frankly impressive and quite often death-defying tricks, terrifying tourists, shutting down traffic, and irritating the police (there’s even a dedicated Dirt Bike Violators Task Force), they were the focus of filmmaker Lotfy Nathan’s buzzy documentary, 12 O’Clock Boys. When the doc was released in 2013, Nathan often spoke about Pug, the aspiring rider who Nathan followed from when he was 13 to 16 years old. Of the 12 O’Clock Boys’s charm, Nathan said to NPR:

But I think, looking a little deeper — and you see in Pug — what he needs is a kind of way of edification, he needs mentorship, which a lot of kids in inner-city Baltimore need. So he finds that in the group, partly because it’s renegade, and partly because it’s intimidating, dangerous. I think that that kind of wholesome, building thing needs to also be cut with an edge for a lot of those kids.

I think it’s impossible to deny that it is supposed to be rebellious. And that’s why this cat-and-mouse thing with the police I think is something that’s kind of brooded into part of the game. So part of it is that it’s renegade, and it’s a thrill in that regard. But it’s also … a kind of sport for a lot of these guys. They just happen to have a desire to ride dirt bikes, that’s what they want to do.

Cinematically, we saw Philadelphia’s version of this subculture in Creed:

But Charm City Kings, which premiered on HBO Max on October 8 (after HBO bought it from Sony Pictures Classics, which was originally going to release the film in April), shifts focus back to Baltimore in a fictionalized adaptation of the 12 O’Clock Boys documentary. With direction from Angel Manuel Soto, a screenplay by Sherman Payne (who also worked on Showtime’s Shameless), a story co-written by Barry Jenkins (of If Beale Street Could Talk and Moonlight), and executive producers in the form of Jada Pinkett Smith and Will Smith, much care has been given to simultaneously honor Baltimore and its citizens while also criticizing the shortcomings—in job opportunities, in policing, in education—that have led to the increasingly gentrified nature of the city. (You can go ahead and insert a comparison with The Wire here, if you so choose.) 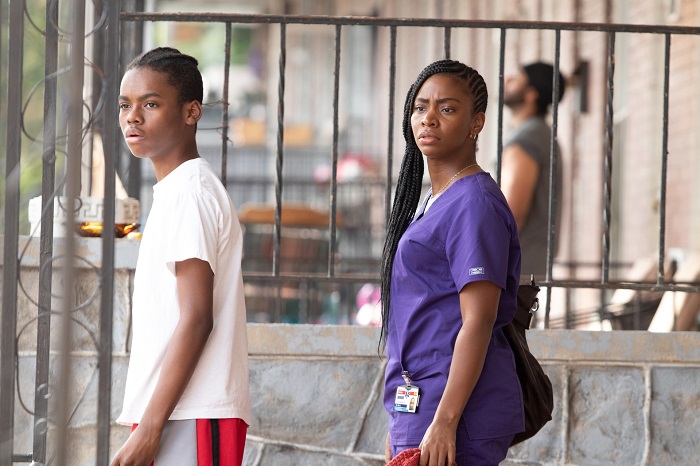 The result is a story that follows conventional coming-of-age beats, with a young man attracted to the danger of a certain kind of life, despite his family’s concern and his own better judgment. 14-year-old seventh-grader Miles, nicknamed Mouse (a captivating Jahi Di’Allo Winston), lives with his mother Teri (Teyonah Parris) and younger sister in Baltimore. Some years before, his older brother Darren died at 17, and Mouse watches the video of his memorial service constantly. Darren was a member of the Midnight Clique, a dirt bike rider who enthralled Mouse with his antics and who firmly believed in the potential of his younger brother: “You’re gonna be better than me, Miles. You’re gonna be better.”

Since Darren’s death, Mouse’s mother has basically banned him from messing around with bike riding, but that dictum is thoroughly ignored—probably because the Midnight Clique, to be frank, just seems cool as hell. They haul up their bikes to vertical positions and ride them down the length of a city block; they hop on the seat and maneuver the bikes like skateboards; they one-up each other and dare each other and have a community of their own. Mouse, who buys a four-wheeler that looks like a rehabbed lawn mower, wants to be part of that, too, as do his best friends Lamont (Donielle T. Hansley Jr.) and Sweartagawd (Kezii Curtis). 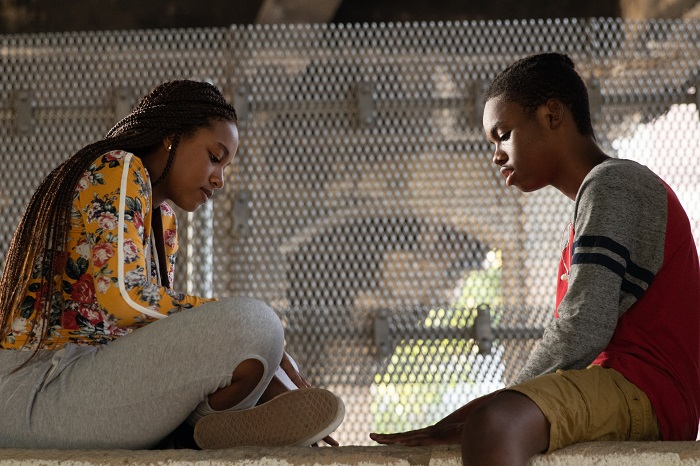 Over the course of one summer, Mouse is pushed and pulled, though, by various relationships that make him question his priorities. There’s Baltimore city police officer Rivers (William Catlett), who knew Darren (“It breaks my heart that he never got a second chance”) and who takes it upon himself to try and keep Mouse on the straight and narrow. There’s new next-door neighbor Nicki (Chandler DuPont), a budding photographer and potential love interest for Miles. It is to Nicki that Mouse admits his dream of being a veterinarian, a career he’s been working toward with shifts feeding baby pigs, cutting dog nails, and assisting in surgery at the local animal hospital. And, most importantly, there’s Blax (Meek Mill), the leader of the Midnight Clique. Recently released from prison, Blax is an iconic figure in the neighborhood, the kind of man who everyone turns to look at when he rides into a bikers’ meetup, and who everyone listens to when he decides to speak. When Blax offers Mouse the opportunity to learn more about bikes and to perhaps earn a better ride, Mouse jumps at it. “Don’t give up on your dreams, because they don’t get easier to hold onto,” is the advice Mouse receives—but which dream does he want to pursue?

Certain characters in Charm City Kings are so familiar as to perhaps be clichés: hotheaded Lamont, desperate to prove himself; the well-meaning Rivers, who is the rare good cop in Baltimore city’s notoriously corrupt force; the begrudgingly wise Blax, who is a living expression of Al Pacino’s anguished “Just when I thought I was out, they pull me back in!” But the film’s strengths are rousing enough to forgive, or at least tolerate, those issues. Winston is a particularly great find, an incredibly emotive actor whose elastic face allows for a variety of intense emotions—anger, grief, fear, self-confidence—to play out one after another. Winston seems to grow up before our eyes during Charm City Kings, and a scene that contrasts the young man he becomes with the boy he was is intentional and impactful. And equally appealing is the film’s treatment of the dirt bike riders, whose incredible athleticism and spontaneity is treated here with respect and reverence. Their meetups are an opportunity for cinematographer Katelin Arizmendi (who also shot this year’s body horror Swallow) to get us directly into the action, following the riders as they dip low enough to run their hands along the ground, or as they spin around in smoky, revving circles, or as they lead the police through the streets of Baltimore in a frenzied chase. And for those who frown and wonder whether Charm City Kings is encouraging criminality, be aware that the closing credits include a number of failed tricks and goofy wipe-outs that subvert the idea that everything these riders do is automatically awesome. 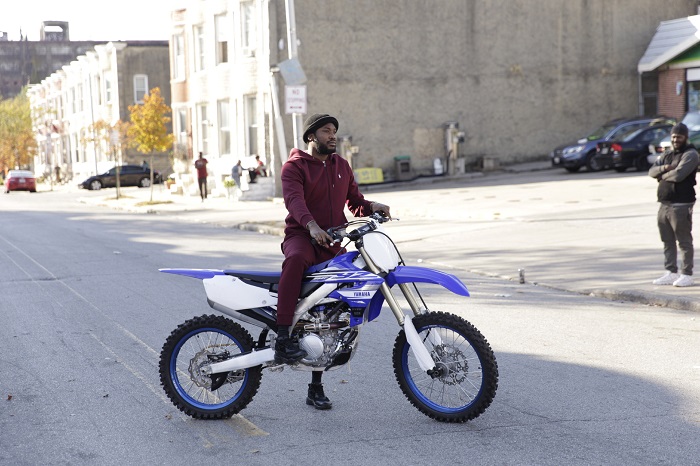 That nuance and duality is also applied to the presentation of Baltimore itself. A slow pan shows us the vibrancy of the block on which Mouse lives, of the multiple generations who populate these rowhouses and who chat to each other on their porches, but we see the boarded-up and abandoned houses, too. We see the busy streets that the Midnight Clique interrupts as they evade the police, and the local fixtures that attract Baltimoreans (including a sighting of a local chain, Hip Hop Fish & Chicken, which pleased me a great deal!) alongside other empty storefronts. Baltimore is a city that often feels deeply divided between the whitewashed, consumerized Inner Harbor area and everywhere else, particularly the neighborhoods Black families have called home for decades, but Charm City Kings doesn’t even bother paying attention to the former. That version of the city doesn’t interest the film. Instead, it’s the energy and allure of this thriving subculture that Charm City Kings is committed to exploring, and even with some trite hiccups, the portrait is lively and engrossing.

Charm City Kings is available for streaming on HBO Max as of October 8, 2020. 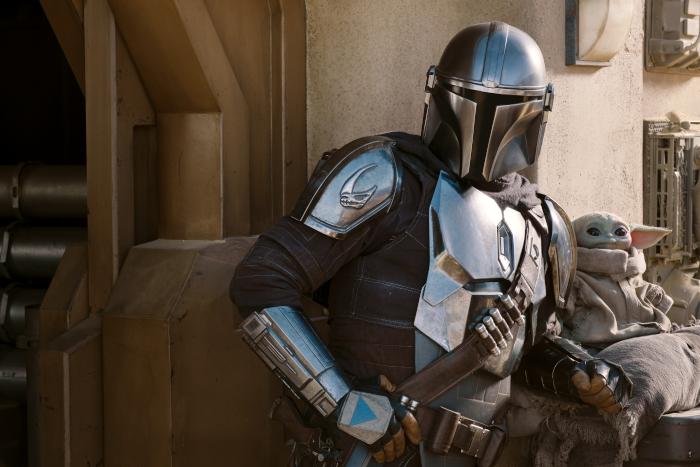