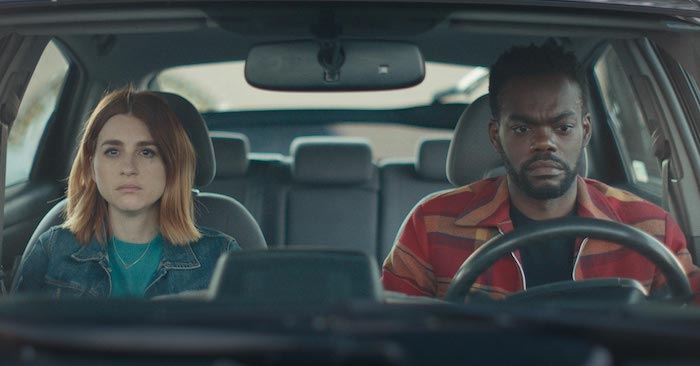 Review: Aya Cash and William Jackson Harper's 'We Broke Up' Isn't The Rom-Com You're Pining For

Teaming You’re The Worst’s Aya Cash with The Good Place’s William Jackson Harper, We Broke Up should be an easy slam dunk for rom-com thrills. Sadly, this wonky wedding-centered comedy wildly misses the mark.

Cash and Harper star as Lori and Doug, a cute couple who has been crushing the relationship goals game for 10 years. In the opening scene, they share a crackling chemistry, in-jokes, and the kind of comfort that allows you to silly-dance as if the snitty hostess isn’t watching. In fact, Doug is so caught up in his love for Lori that he impromptu proposes on the spot. And. She. Vomits.

They break up, but the timing couldn’t be worse. It’s immediately before Lori’s younger sister’s three-day wedding extravaganza. So as not to rain on bubbly Bea’s (Sarah Bolger) parade, Lori and Doug decide to shine on as if nothing’s wrong. Against the backdrop of a summer camp retrofitted for Instagram-worthy wedding quirkiness, they swallow their heartache and endure the prying questions of Lori’s mom (Peri Gilpin) and the nattering nonsense of Bea’s bro-y beau Jayson (Tony Cavalero), as well as drinking games, pre-ceremony shenanigans, and the temptation of smoking hot new lust interests.

In their respective hit shows, both Cash and Harper played a pitch-perfect part in romances that were loving but deeply complicated. Their characters were allowed to be funny and flawed. In We Broke Up they are neither. The screenplay by Rosenberg and Laura Jacqmin hard cuts from the vomit to the post-break-up moment. So, we have no context of what was said while we witness this dismal duo bottling up their emotions and recklessly pouring themselves into decadent diversions. This repression pushes Cash and Harper into downcast eyes and forced smiles that rob audiences of the pleasure of their chaotic charisma.

This is a dour movie, which could have been interesting if the script dug in Marriage Story-style, wedging us into the ugly ache of dismantling a partnership. To Cash and Harper’s credits, they do bleed pathos into rare intimate moments. But again Rosenberg undercuts this with an ill-conceived script that pushes wedding outrageousness to the forefront. A long, too long, insufferably long sequence focuses on the wedding guests engaging in a series of childish games. With Lori and Doug on opposite teams, this is clearly meant to play as an opportunity for the two to secretly let out their frustration at each other under the guise of competition. But it just falls flat, in part because the supporting cast goes broad comedy while the leads are more grounded. These characters don’t belong in the same movie. The tone swings abruptly from earnest rom-com tenderness to Adam Sandler-style mugging to indie-drama agony.

It’s a damn shame, because there are moments where you can see glimpses of how this might have worked. Cash and Harper are swoon-worthy together when they kiss and giggle. When their words turn sharp, there’s an added edge, as they flip the script on their TV personas. Lori’s no snarling Gretchen, and Doug taps into an anger Chidi would never dare. Both turns make for a satisfying jolt. Then, this scene teases the biggest risk We Broke Up will take, one that could have been profound if it had been properly set up. Sadly, Rosenberg can’t stick the landing after so much mediocre clowning. So, in the end We Broke Up feels like little more than an also-ran.

We Broke Up comes to theaters on April 16 then to VOD/digital on April 23.

← Broadway Getting Vaccinated Is So Exciting I'm Willing To Suffer Through More 'Hamilton' Jokes | While Some Speak Out Against the Abuses of Producer Scott Rudin, the Industry Remains Mostly Silent → 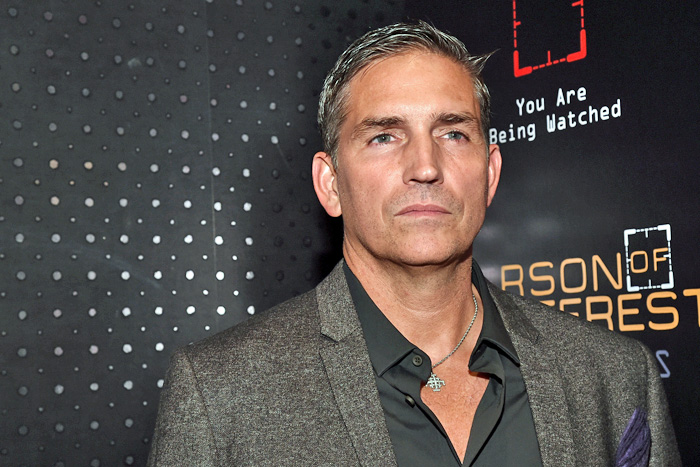