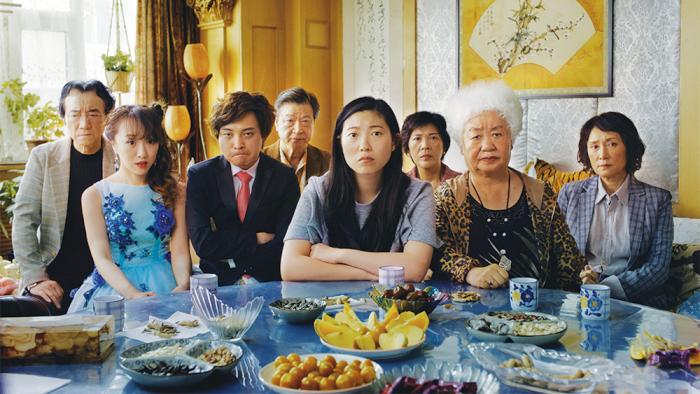 I expected The Farewell to wreck me. This drama based on “a real lie” has been winning rave reviews since its Sundance debut. The story I knew and loved from back when writer/director Lulu Wang shared it on This American Life in 2016. And the subject, coping with the impending death of a beloved grandma, I know too well.

When I RSVPed for a press screening for The Farewell, my paternal grandmother had just been diagnosed with terminal cancer. Doctors told us she could have months or days. The day I was supposed to see this movie turned out to be the day of her funeral. I didn’t make the screening. A few weeks later, I had a second chance to see The Farewell. I saw it seeking catharsis through agony, hoping this movie would help me work through my grief like Still Alice had years before. But Wang didn’t make a movie about mourning and death. She made one about family and life. So even though I thought I knew what to expect, The Farewell wasn’t at all what I anticipated. And that was pretty wonderful.

Awkwafina, who stole scenes in Ocean’s 8 and Crazy Rich Asians, might seem an unlikely lead in an intergenerational drama. But she mellows her smirks and shtick to bring an aching earnestness to Billi, the young Chinese-American artist based on Wang. We meet Billi as she’s breezing through the hustle and bustle of New York City, dodging pedestrians, chatting chipperly with the folks handing out flyers, all while carrying on a phone conversation in Chinese with her grandmother—called Nai Nai (Zhao Shuzhen). Their conversation is light and easy, but there’s something off. “What’s that sound?” Billi asks. Nai Nai won’t say, but she’s at a hospital awaiting test results. Nai Nai won’t say, but she’s worried. The Farewell is very much about the things we won’t say to protect those we love.

While visiting her parents, Billi is told the truth, a truth not even Nai Nai knows. The matriarch has terminal cancer. The doctors expect she only has three months. The rules in China are very different from the US. The diagnosis was not told to Nai Nai, but to her sister, known as Little Nai Nai (the cooly charismatic scene-stealer Lu Hong). Little Nai Nai has decided it’s best not to tell her sister the terrible truth. Billi’s mother explains that the Chinese believe it’s not the cancer that kills you; it’s the worrying about it. So the far-flung family has devised a plan. They will throw a big wedding for Billi’s cousin, one that will give the entire clan the excuse to come to Nai Nai’s home and visit her without tipping her off that something is wrong. But Billi is not invited. The family believes Billi—who thinks this plan is ridiculous—will tell.

Naturally, Billi goes to China anyway. She aches to tell her grandmother the truth, but grapples with her family’s arguments on why not to. And as Nai Nai prepares massive family dinners, darts off to meet with caterers, and practices her unique brand of toxin-expelling exercises, her children and grandchildren grapple with their grief. There’s a tension to whether or not Billi will spill the beans. Ultimately, The Farewell is not about Nai Nai’s impending death. It’s about her life. And by extension, it’s about celebrating those we love while we have them here to love, and how we can keep them with us once they are gone.

Wang pays tribute to her grandmother by giving Billi’s Nai Nai a beautiful complexity. Shuzhen radiates with warmth as she embraces Billi and fills her plate despite protestations. But there are also the cutting comments about her weight and her lack of a boyfriend that feel wincingly realistic. Nai Nai is quirky. She is bossy. She is resilient and tireless. She is loved. And because Wang and Shuzhen show us this grandma in full-tilt wedding planning mode, in gentle coaxing mode, and in god-level matriarch mode, we see her as a person, not just a symbol of tragedy or mortality. We relate to her family’s fear of losing her, as her every moment on screen is a riveting one. We don’t want to lose her either!

But this is Billi’s journey. Traveling back to China, she is challenged with a culture clash between what she believes and what her family does. On top of this, Billi’s family regards her with a teeth-gritted impatience as she makes suggestions about how to talk to or care for her grandmother. There’s a resentment that she hasn’t been there, so she doesn’t understand. And she winces that her voice is so readily discounted. But before the big day and her big decision is made, Billi will be heard, at least by her mother (Diana Lin). They have the kind of parent-child conversation that is brutally difficult but often absolutely essential to growing together instead of apart.

Wang paints Billi, Nai Nai, and Billi’s mother with delicate layers that deftly define each woman, and how they relate, collide, and contrast. As such The Farewell is a graceful portrait of three generations in times of joy and pain. I just wish Wang had spared such empathy for the rest of Billi’s family. Her father, uncle, aunts, and cousin are painted with a broad brush of hurt. Their grief bleeding out repetitive justifications, snarky barbs, hangdog expressions, and fitful tears they won’t explain. While their pain makes sense, they are played for gentle laughs, which throws off the balance of this otherwise exceptionally emotional-intelligent film.

In the end, The Farewell did not give me the catharsis for which I pined. I teared up, but never wept. I related to Billi’s wish to spill out her truth, messy as it might be. I understood her struggle and recognized her growth. But The Farewell was not the place to take my grief. The film gave it no home.

Instead, it spoke to my memories of a grandmother who doled out homemade treats, giddy praise, and back-handed compliments. Who loved to feed her family, but was too busy cooking to sit down and eat with us. Who was a shining light but also a pain in the ass. And who would want to be remembered for all of this, not just the pretty parts. As I looked on the final scene with Billi, where she takes a bit of her grandmother with her back to New York, I felt that deeply.

The Farewell wasn’t the tearjerker I craved. But by weaving a story of life, death, lies, and love, it gave me a comfort I hadn’t expected, yet needed and treasure.

← Trailer Round Up: 'Honey Boy,' 'A Million Little Pieces,' And 'Running With The Devil' | In The Name Of The Dixie Chicks, You Will Protect Kacey Musgraves →