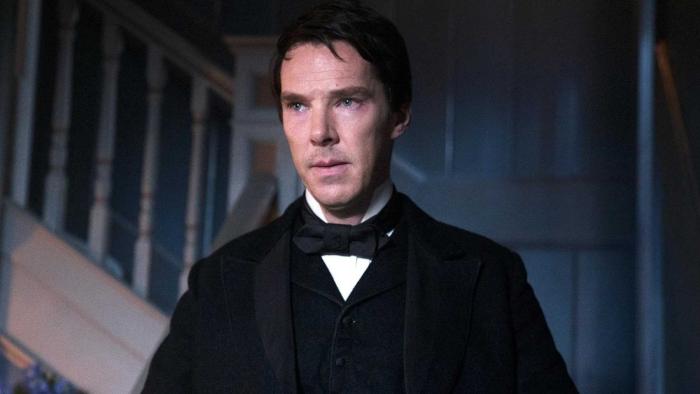 Remember ‘The Current War’? A Brief History of The Weinstein Company Movie That Was Almost Shelved

On September 9, 2017, The Weinstein Company’s historical drama The Current War received its world premiere at the Toronto International Film Festival. Directed by Alfonso Gomez-Rejon, who had made a splash at Sundance in 2015 with Me and Earl and the Dying Girl, the film was a dramatization of the ‘war of the currents’ between Thomas Edison and George Westinghouse. With a starry cast that included Benedict Cumberbatch, Michael Shannon, Tom Holland, and Nicholas Hoult, the film seemed to have everything going on in its favor for future awards success. Of course, we all know what happened next.

The following month, exposes from both The New York Times and The New Yorker revealed to the world the epidemic of sexual harassment, assault, and intimidation allegedly conducted by studio head Harvey Weinstein. What had been a decades-old open secret was finally in the spotlight and the seismic impact it had not only on the entertainment industry but the world at large stays with us to this day. The ultimate fate of those Weinstein Company films that did not have a release at the time was hardly a concern for anyone given the magnitude of the accusations. The Current War was shelved, along with titles like Mary Magdalene and Tulip Fever. It seemed likely that they’d one day receive an audience, but it wasn’t something anyone seemed especially eager for.

It can be tough to talk about Harvey Weinstein and his professional work as an entity independent of his abhorrent crimes. Indeed, it should be impossible to do so because to ignore one would be to create an inherently incomplete portrait of the other. This is a man who has been accused by dozens of people of using his industry clout as a means to entrap and emotionally blackmail women into silence. Part of that power came with his obsessive ability to get the attention of the Academy Awards. Remember, this is the man who was thanked more than God during Oscar acceptance speeches. A significant portion of Hollywood — agents, publicists, producers, directors, journalists, and much more — were willing to turn a blind eye to the most egregious examples of bullying and abuse, all in the name of winning a little gold man. Plenty of women saw their careers put on the line for this ‘privilege.’

Of course, Weinstein’s reputation also extended beyond that open secret. He was never known as a nice guy who everyone loved working with. This was a man who the press referred to as a ‘big bad wolf’, a profane bully who was known to throw tantrums on and off-set, and push his way to creative control over a director’s vision. For a long time, the nickname that stuck around the longest for Weinstein was ‘Harvey Scissorhands’, referring to his penchant for demanding dramatic cuts to films to fit what he saw as a more profitable and prestigious mold. Those who did not comply with his demands risked seeing their films shelved or given pathetically small releases as punishment. Directors as varied as James Gray, Bong Joon-ho, and Martin Scorsese faced the wrath of Harvey Scissorhands. For most, the cost wasn’t worth it, although the legendary positives were always held up as further proof of his golden touch, such as the Harvey-approved cut of Gangs of New York landing ten Oscar nominations.

Weinstein made a certain kind of movie his bread and butter — or rather, he had a keen eye for finding such material and giving it the polished narrative — and that seems to have been what attracted the makers of The Current War to him. Timur Bekmambetov, the film’s producer, told Business Insider that Weinstein ‘was the obvious choice’ because ‘he produces these kinds of movies’. He was the natural choice to pave the path for what seemed to be the perfect middlebrow historical biopic designed to appeal to general audiences and Oscar voters. History spoke for itself, even though both Bekmanbetov and the director admitted they were well-aware of Weinstein’s bullying reputation.

When The Current War premiered at TIFF, the reviews weren’t great. Overall, the reception was pretty middling and the movie was easily drowned out by more acclaimed titles like Call Me By Your Name, I, Tonya, and Three Billboards Outside Ebbing, Missouri (all three films went on to Oscar success.) Some critics wondered if the movie’s rushed post-production process to meet the TIFF deadline put unnecessary pressure on the filmmakers. Gomez-Rejon and Bekmambetov later admitted that Weinstein’s post-production notes quickly became overwhelming and seriously watered down their original intent. More voice-over was added, he wanted new music cues, he worried that the depiction of Thomas Edison wasn’t sympathetic enough. Gomez-Rejon described working with Weinstein as being mired in ‘a lot of bullying happening and a lot of intimidation.’ Leading up to the TIFF screening, he said he was getting a mere two hours of sleep a night and lost 25 pounds while trying to get the film ready for the earlier than anticipated premiere demanded of Harvey.

I’ve always said, with a hefty dose of nihilism, that I doubt Harvey Weinstein would have fallen when he did if The Weinstein Company had some genuine Oscar contenders on its slate in 2017. No matter how many times people called him out as a bully, no matter how many failures he released or filmmakers he made his enemies, no matter how many women he harassed and abused while the industry turned its head, there was a sense of eagerness for him to succeed. He had already suffered a career slump in the mid-2000s before The King’s Speech and The Artist put him back on top and people celebrated. The comeback story was too good to resist. So many directors and producers signed up for the classic treatment of manipulation, intimidation, and creative scorn, all in the hopes that they might win an award or get on the cover of Variety. You can’t help but wonder how many of them did so with the knowledge that their actresses could face more than his loud voice. Karina Longworth may have put it best in her 2013 piece for Grantland:

Through all the bad behavior, the flashes of genius and the horrible errors in judgment and spending, Harvey’s motives are always transparent: Even when it’s being couched as commerce, everything he does seems to stem from how he feels and his anxiety over how he thinks he’s being perceived. His insatiable Oscar hunger is maybe just a means to an end, a quest to surround himself with physical objects to attest to his dominance — over Hollywood, and over his own inferiority complex.

The Current War will finally receive an American release this week and in the cut the director wanted, thanks to a clause in the contract of his executive producer, Martin Scorsese. It’s unlikely the film will capture the public’s imagination or receive a second wind of vast critical support. For better or worse, its narrative was written the moment Harvey Weinstein got involved.