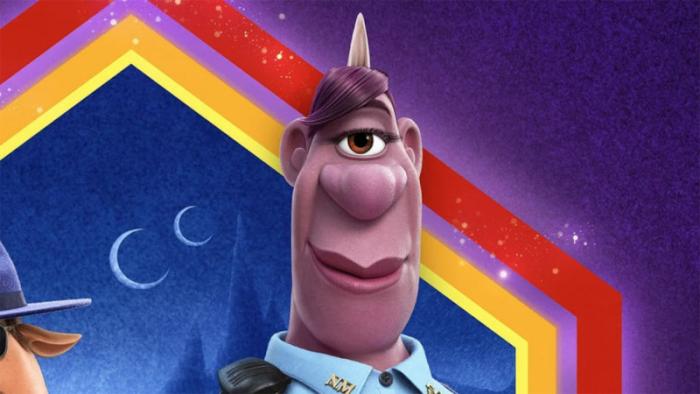 In Pixar’s latest, Onward, there is a sneeze-and-you’ll-miss-it moment of queer content. It follows in an emerging tradition of Disney doing the very least for LGBTQA+ representation. Yet, apparently it’s still scandalous enough for Onward’s release to be banned in several countries.

Deadline reports Kuwait, Oman, Qatar, and Saudi Arabia have all barred the film from release because of a single line of dialogue.

Tori referenced this moment in her terrific Onward review. Voiced by out-and-proud lesbian Lena Waithe, Officer Spector is a cyclops cop who casually references having a girlfriend while interacting with the film’s bumbling brother heroes. That’s it.

Like the supposedly lesbian couples in Finding Dory and Toy Story 4 or Joe Russo’s cameo as a gay man in Avengers: Endgame, it’s a moment of LGBTQA+ representation so minor that many audience members would likely miss it. Yet that is still deemed too threatening for censors who seem to think a single mention of queerness will turn children into rainbow-flag-waving gay cyclopses.

However, considering these are all small international markets, this bigoted banning isn’t likely to be a major hurdle for Onward at the box office. According to Box Office Mojo, the newly released film has made $68 million worldwide in just three days. This is not great by Pixar standards. But don’t blame the gays. Blame muted fanfare, mixed reviews, and perhaps most of all fear over COVID-19.

← Briefly: Stocks Are in Freefall and the President is Not Handling It Well | Why Sherry Pie Was Disqualified From 'RuPaul's Drag Race' Season 12, Twitter Reacts →