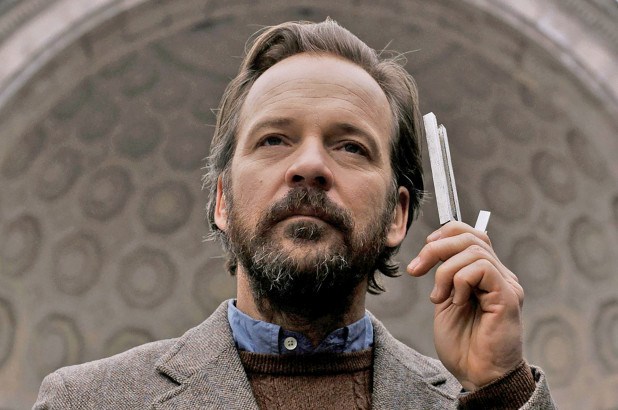 Leave it to Peter Sarsgaard to compare Matt Reeves’ The Batman to the alternative rock band Pixies. Because why not? The actor, who was cast as Gotham City District Attorney Gil Colson, couldn’t spill the beans about his character or what he’d be up to, but he did tease that The Batman was, like the Pixies’ music, “raw in that way.”

Sarsgaard is currently filming the highly-anticipated Batman film, which is said to focus more on the caped crusader being a detective and is thankfully not an origin story. The actor appeared on SiriusXM radio for an interview and, naturally, he was asked about The Batman. When describing the tone of the film, Sarsgaard said that it “is not sanitized. It’s got a raw power to it, a raw emotionality.”

It’s not much by any means, but it’s enough to excite fans. Speaking of the fans, they’re already speculating that Peter Sarsgaard’s character is none other than Harvey Dent, aka Two-Face. That makes sense considering that no one knows who the hell Gil Colson is. Maybe it’s a cover-up. I mean, Colson IS an attorney, just like Two-Face was before he turned into a villain so it tracks.

You can watch the interview below!

The Batman will also star Robert Pattinson as the titular character, Zoe Kravitz as Catwoman, Colin Farrell as the Penguin, Andy Serkis as Alfred Pennyworth, Jeffrey Wright as Commissioner Gordon, and Paul Dano as the Riddler.