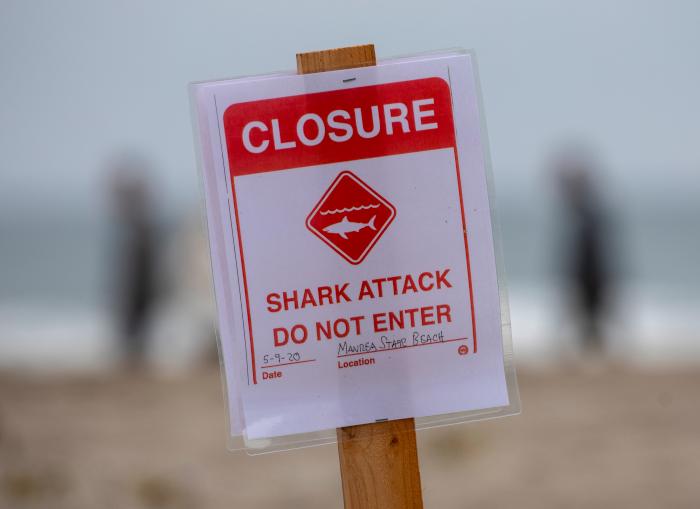 Shark movies have long been a staple of summer cinema. From the good to the bad to the yikes, films about killer fish have become as much of a summer tradition as barbecues and baseball. With this year’s so-so summer coming quickly to a close, it felt like the perfect time to reflect on our favorite shark flicks. I reached out to the staff here at Pajiba and they told me about their most treasured cinematic tales about seafaring carnivores; from the animated, to the tornado bound.

Jaws (1975) — Jaws is inarguably the granddaddy of them all, a film that is a horror/suspense classic with a brilliant cast and a simple, spectacularly told story. Spielberg’s sophomore effort somehow manages to maintain its pacing even in its quietest moments, and that transitions beautifully from a tense, politically-tinged investigation to a claustrophobic, often terrifying tin can survival flick with three radically different allies fighting a shark of now-mythic proportions. Its three central characters — aquaphobic police officer Brody (Roy Scheider), energetic marine biologist Hooper (Richard Dreyfuss) and the drawling, obsessive Ahab-like Quint (Robert Shaw) work seamlessly together to create a gloriously unlikely trio. Ironically, the mechanical shark used for Jaws isn’t anywhere near as absurdly huge as those of The Meg or even Deep Blue Sea, nor is as realistic as many modern shark movies. Despite that, and the films other shortcomings (its shark facts are at times dodgy and it’s based on a mediocre-at-best novel by Peter Benchley), it’s filmed with such deft cleverness that you only remember how frightening it is. Filled with memorable characters, beautiful scenery and a wicked sense of humor, Jaws earns its undisputed spot as the king of the shark movies. — TK

Bait (2012) — As Jaws is spoken for, I’m going with this high-concept creature feature. You know that scene in the kitchen in Deep Blue Sea? This movie is basically that scene meets The Mist. In Bait, a tsunami turns a grocery store into an unintended shark tank, and the motley crew of shoppers and clerks must band together to survive. This B-movie boasts over-earnest performances, a rubbery CGI shark, and plenty of WTF moments.  It may not be “good,” but it is bloody good fun.  — Kristy Puchko

Shark Tale (2004) — There are a lot of shark movies on this list, but only one of them has Robert De Niro playing a shark mafia boss. I’m not saying that automatically makes Shark Tale the “best” shark movie ever, but for the life of me, I can’t imagine why nobody ever seems to mention this lost Dreamworks gem. Is it because of the unsettlingly large lips they gave Angelina Jolie’s sexy fish character, or the eerily spot-on eyebrows on Martin Scorsese’s pufferfish? Is because Peter Falk plays a farting shark don? Is it because Finding Nemo is right there, being all smug in its animated-oceanic superiority? All I know is that the first time I watched this kid’s movie, I laughed so hard I fell off my couch (though admittedly I was very, very high at the time). — Tori Preston

47 Meters Down (2017) — Shark movies are usually fun because the swimming antagonist has some preternatural senses that make them hellbent on destroying people for making them smarter or just existing. What I like about 47 Meters Down is that the sharks are just being sharks and the people caught in their toothy trap are completely responsible for their fate. Kate (Claire Holt) and Lisa (Mandy Moore) are idiots that make mistake after mistake while on vacation. They lie about their diving experience, go out on an unlicensed boat, and don’t tell anyone where they’re going. This all comes to a head when the audience finds out that the sappy ending that seems impossible really is unlikely, as we pan back down to Lisa sitting at the bottom of the ocean, hallucinating the entire Generic Ending Rescue. It’s satisfying to see the sharks allowed to live while the people making the mistakes suffer the consequences of their own actions. I’m Jodi, and I’m a goddamned monster that enjoys this dark ending. — Jodi Smith

The Life Aquatic with Steve Zissou (2004) — I’ve seen bits and pieces of a lot of shark movies, but I’ve never sat down to watch a whole shark movie. Which is kind of the way sharks treat people, they don’t even LIKE the taste of people, they generally spit us back out but a nibble from a shark is just too much for us weak, soft, meat bags. This is the reason I don’t consider sharks particularly compelling villains. They’re not out to get us, we’re just invading their home and they’re wondering “can I eat this?” Anyway, the closest thing I have to a “favorite shark movie” is The Life Aquatic with Steve Zissou where a fictional, stop-motion animated creature called a Jaguar Shark is tracked by the titular character and revealed in a lovely scene with some Sigur Rós playing in the background. And I’ve never had trouble going back to the beach after watching it. — Genevieve Burgess

Sharknado (2013) — How do you breathe new life into shark movies? Sure, you can make the sharks huge, or really smart, but what if you made them airborne instead? And while they are whirling around in the sky or plummeting to their deaths, ensure that they remain ravenously hungry at all times! Sharknado doesn’t exactly follow the rules of logic or science or, you know, taste, but it is really fun, and the cast sells it as an earnest B movie. Unlike other shark movies, this probably isn’t going to put anyone off going to the beach, or give you a panic attack in a pool for no reason, and that counts in its favour. Avoid the sequels though; that earnest tone disappears fast, and they get very silly. When the starting point is Sharknado, that’s really saying something. Hannah Sole

Deep Blue Sea (1999) — Genetic experiments. Great white sharks. LL Cool J leading a hip-hop prayer. Stellan Skarsgård. Deep Blue Sea has it all. Is it one of the best movies ever? Absolutely not. There’s numerous plot holes, stilted dialogue and a protagonist who is, essentially, the villain. What the film lacks in substance it makes up for in fun. It’s packed with big action scenes and gruesome, over the top shark attacks. As well as one of the most ridiculous surprise kills I have ever seen in a film. Deep Blue Sea may not go down in history as one of the greatest shark movies ever, but it will always have a place in my heart and a theme song that still gets stuck in my head. — Andrew Sanford

Is your favorite flick not on the list? Tell us about it in the comments! 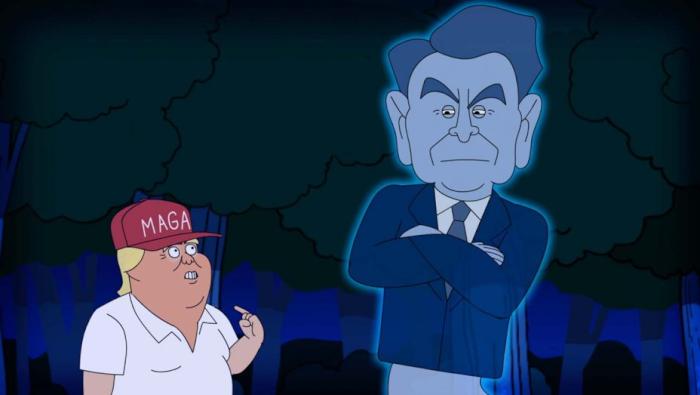