The first-ever Nightstream film festival celebrated its Closing Night. This incredible virtual film festival was a joint effort, combining Boston Underground, Brooklyn Horror, North Bend, Overlook, and Popcorn Frights. Ticket sales and donations for the event not only go toward helping these festivals return in 2021 but also aid filmmakers and local small businesses. And good news for you: it’s not too late to get in on this fest’s superb slate, as many titles and special events are available through October 14.

I spent a good chunk of the weekend, taking in Nightream’s offerings, which included a virtual hangout made up of spooky 8-bit rooms in which you could video-chat with other fest participants.

We know you've all been enjoying our festival hub GATHER…but have you found all 13 secret rooms? We have some fun riddles to help you on your quest.. pic.twitter.com/AARv7IwiMJ

With so much to explore, we’re sharing three of our festival faves, so you can check them out sooner than later.

Earlier this month, I praised Moses’ Fantastic Fest offering, Bloodthirsty for its unique spin on a classic monster. Little did I know her other 2020 festival release is essentially a sister flick.

Lee Marshall stars as a neurotic young woman, who is eager yet uneasy about taking a holiday away with a lovely new friend. She’s in awe of Emily (Bloodthirsty’s Lauren Beatty), who is pretty, polished, sweet, and seems to have it all together. However, Rowan feels like a bit of a third wheel when she hears Emily’s boyfriend Brendan (Aris Tyros) complain about her presence. Yet Emily seems happy to have Rowan there, at first. Something small is shifting in the mood of this cozy cabin. Then Rowan wakes up to with unexplained scratches on her arm, and she can’t help but wonder:

Is her friend stealing her blood in the night?

Like Bloodthirsty, Bleed With Me is about important but flawed relationships, jealousy, and Beatty playing a bloody-mouthed fiend in an isolated retreat, far from the safety of society. However, these movies don’t feel like a retread of the same idea. Where Bloodthirsty was an exploration of the brutal exploitation of young female talent in the world of pop music, Bleed With Me is more about co-dependent relationships and how they might literally bleed us dry.

Moses, who wrote and directed Bleed With Me, throws us into Rowan’s state of mind with a slippery atmosphere that spills into surreal. Is Rowan having strange nightmares about her beatific bestie? Or is Emily actually standing by the kitchen sink at night, lingering over a tall glass of blood? To blur the lines, Moses paints the remote cabin in shadows, making corners and boundaries uncertain. The sound mix is thick with the sound of breathing, carnal, frightened, and rattling. The blood does not gush, but drips, sticks, stains, and begs to be noticed on bare arms, crisp pajamas, and beyond.

Like Bloodthirsty, this is an intimately set horror offering that pulls its terror not only from the monsters lurking within but also from the traumatic emotional toll its characters push upon each other. It’s moody, melodic, and moving. In short, Bleed With Me is one to watch out for. 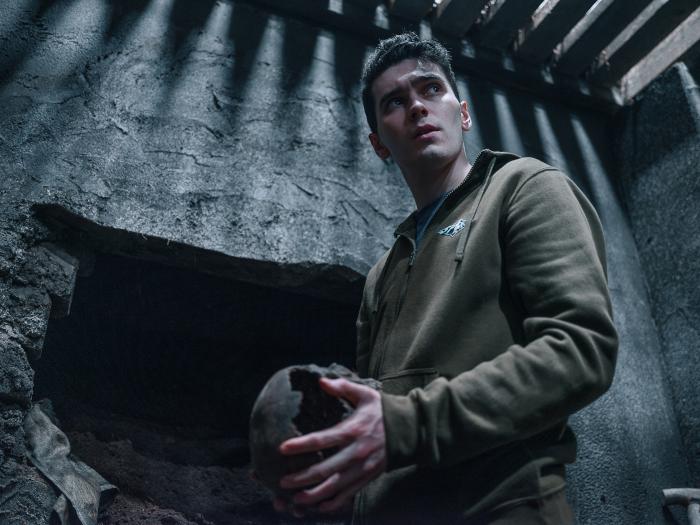 Out of Ireland comes an unexpected new chapter in vampire lore. You might know Bram Stoker’s Dracula. However, the townsfolk of a quaint Irish village say its Transylvania tale was unearthed from local legend. Nowadays, this spooky story is mostly employed to taunt gullible tourists, but when roadwork knocks down a strange landmark, the streets of this town run red with blood.

Written and directed by Chris Baugh, Boys From County Hell offers freshly sinister spins on the vampire mythology. First and foremost, this immortal foe need not bite you to drink away your life. This is illustrated in a truly shocking opening sequence, in which an elderly couple’s quiet evening in is gruesomely interrupted by blood pouring inexplicably from their ears, eyes, and mouths. From there, Baugh spins the story of a batch of townies, who must overcome their personal squabbles and beat back the undead terror.

Jack Rowan stars as a young man who dreams of traveling the world like his backpacking pals, which includes Derry Girls’ Louisa Harland. However, his hardnosed dad (Nigel O’Neill) has expectations closer to home, keeping the boy in the family business. Finding a bloodsucker in their midst does little to quell the battles between father and son, nor the bitterness that can brew between jealous friends. Baugh manages to balance these dramas with splashy scares and a biting sense of humor that will have you cackling in between shudders.

With a cast that’s down for cracking good fun and a bloody wild ride, this vampire tale is alive with surprises, silly and scary. 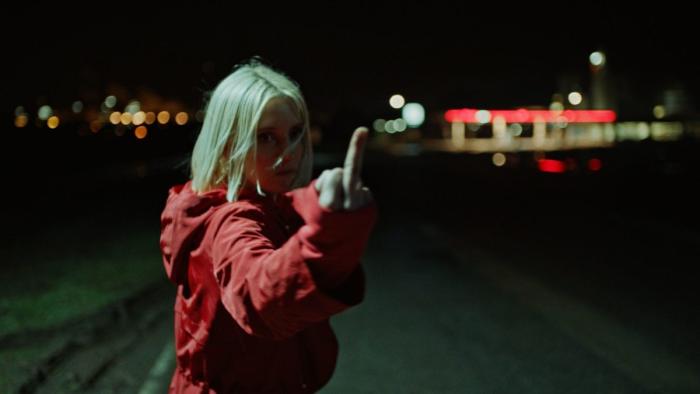 In the vein of Killing Ground, Hunted finds its horror in a true-to-life scenario. Eve is presented as an average woman, who has frustrations at work, a thirst for simple pleasures, which include lust for a handsome man (Arieh Worthalter) who seems at worst a white knight. However, giving benefit of the doubt to the wrong guy has her racing through the woods, desperate to survive. He and his accomplice won’t give up their prey easy, so she—in her bright red winter coat—must make leaps from certain death to potential death, and that’s just the start. She must seek aid, shelter, food, and all while dodging a man who would make her torture and eventual murder into a snuff film he can replay with relish.

Get your tickets for these and other Nighstream titles and events here. 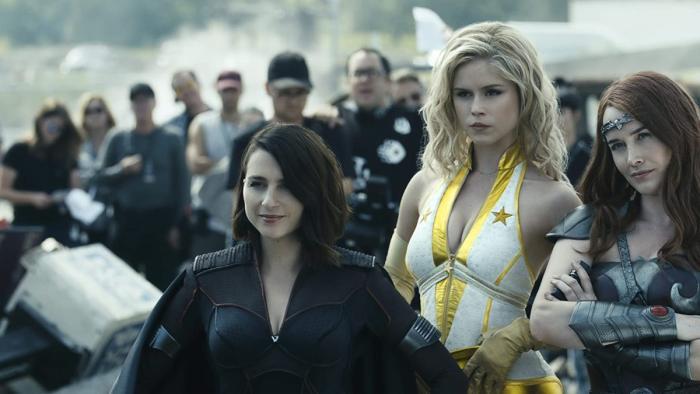 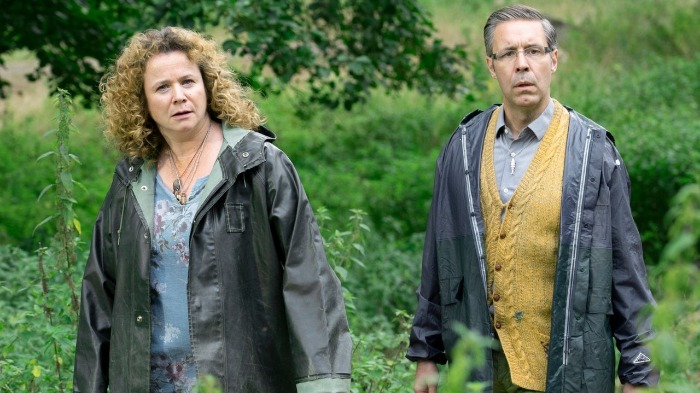