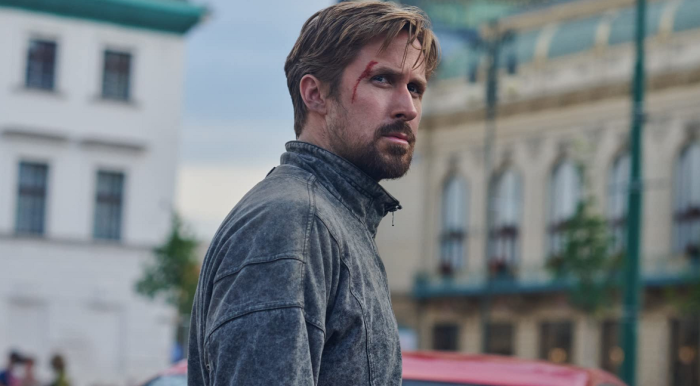 At this point, having now reviewed a fair number of the at-best-bland-at-worst-terrible films they put out, I would say that I’m prepared for whatever subpar release Netflix have ready at any given moment. Nevertheless, when I read the logline of their latest release, The Gray Man, I was surprised: It seemed like they were now trolling me personally. Well, it’s either them or Dustin, who I can’t help but imagine giggling with glee when he saw the words ‘Netflix’, ‘CIA’, and ‘Russo brothers’, and he knew immediately who to assign the review to. Starring Ryan Gosling, with Chris Evans, Ana de Armas, and Billy Bob Thornton supporting, The Gray Man is not the worst film Netflix has put out by any means, but it is yet another example of the kind of bland and insipid anti-cinema that has become their trademark.

But let’s take a step back for a minute and consider Ryan Gosling. A horrible, unsavory task, I know, but follow me into the fray if you have the stomach for it. Ryan Gosling. An actor who in many people’s heads probably still exists to fill the roles of characters who might be described as tough, laconic men of quick violence but who also happen to possess hidden reservoirs of feeling and a compelling aura of pathos. Which is entirely fair, considering that he’s one of the best contemporary actors to fill that niche. What’s less often mentioned, though, is just how incredible his comedic chops can be. There’s something about the way he subverts that tough guy image; the manner in which he can convey annoyance, confusion, and mischievous glee; and the volumes of expression found in those sleepy eyes. I’ve covered this topic at length in my effusive piece on his performance in The Nice Guys so I won’t repeat myself more here. Suffice it to say Gosling’s comedy skills are formidable, and the few highlights found in The Gray Man stem from there.

The trouble is that it’s painfully clear how much heavy lifting Gosling is doing in the film in order to achieve these infrequent moments of relative quality. You can practically hear the foundations of the script and direction straining against the skill the actor brings, his instincts, timing, and delivery elevating material that would otherwise be irredeemable. It’s never a great sign when a film cries out ‘Why won’t you let us be rubbish?!’ in protest against its cast. Chris Evans, too, tries to make something out of nothing here. Evans is an actor who is at his best when playing characters so smug and overflowing with raw douchebag energy that you want to slap your screen, and here he gets to lean into that. He’s a fun villain to watch. Similar to Gosling, however, it’s apparent how much of that he brings in spite of the material. The script gives him some bones to chew on, and he tries his best, but it just makes you think how much better it would all be if the writing was putting in as much effort as he was. The same goes for Thornton, de Armas, as well as Jessica Henwick, Alfre Woodard, and Dhanush, who all do what they can with what they’ve been given (the less said about Regé-Jean Page’s efforts, however, the better).

I’m echoing what I’ve said about some Netflix films here before, but I’m four paragraphs in and I’ve not even mentioned the plot. That’s because it really doesn’t matter. Gosling plays a Bourne-esque CIA agent who has to contend with his employer’s sudden Bourne-esque desire to kill him, which leads to some very Bourne-esque globe-hopping and Bourne-esque action escapades. Let’s be clear, though: Bourne-esque in content only. Not quality. It’s an interesting comparison to bring up, as in every way that those first three Bourne films succeeded, The Gray Man fails. The humanity that Jason Bourne was imbued with is not present here. The visceral and inventive action sequences that resulted from his agency trying to hunt him down—and the ingenious ways he managed to turn the tables against all odds—are nowhere to be seen. And the multiple, varied, and interesting locations around the world that Bourne’s journey made such good use of are present here in theory—I lost count of the number of city name splashes on the screen—but the cinematography is so flat and uninspired that you never feel as if you’re looking at something that actually exists in the real world. Apart from the final showdown, there is depressingly little sense of place. Whatever budget was spent on the on-location shooting was wasted, because whether it was Bangkok, Prague, or Berlin, they were all shot with the same muddy contrast, lack of depth, and sometimes random-seeming framing. There are a few attempts made at some interesting compositions, but they all come across as someone trying to make a Nicolas Winding Refn movie without the skill behind the camera that that takes. This film apparently cost $200 million dollars to make. It’s one of the most expensive films Netflix has ever made. All I can think is that the catering onset must have been out of this world because that investment isn’t seen anywhere onscren.

It’s at this point I’d usually devote some venom to American cinema’s relationship with the CIA, but honestly the material is so thin here I can’t even be bothered to go through the motions. That pretty much sums up The Gray Man overall: A shrug. A tonally messy, dramatically empty, visually incoherent plastic approximation of better films. Like so many of the ‘jokes’ within it, it occasionally feels like it might try to reach for a punchline, point, or moment, but it abandons the effort halfway through. The seriously impressive funny comedic presence of Ryan Gosling makes it just about watchable, but even that feels like it’s in spite of the material rather than because of it. There is one undeniably positive thing I can say about The Gray Man, however, and that’s if it wasn’t for its existence, I would have never realized how much if you close your eyes Chris Evans can sometimes sound like Lionel Hutz. So cheers for that, I guess.


← Fantasia Review: 'Polaris' Is One of the Most Unique Canadian Films Ever Made | Charlotte May Be a God in 'Westworld,' But Not Necessarily a Smart One →