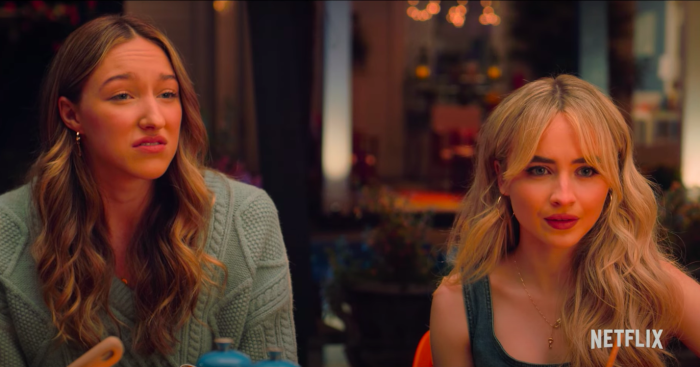 Netflix Hates You and Hates Teenagers, So They Made A Sequel to 'Tall Girl'

I’ve never been an optimistic person, and I don’t like making predictions. Suffice to say I had it so wrong one time I don’t dare predict even low-stakes stuff like the Oscars or the Super Bowl. But I think it’s safe to say Netflix’s G.L.O.W. will only grow in popularity in the future and it will become a seeder show for both once-in-a-lifetime cast and its entire creative team. This is what made its cancellation in 2020 yet another of the cavalcade of terrible news we had that year. It didn’t need to go on forever, but it needed a proper send-off whether as a movie or a shorter series. Apparently, the chance of a final chapter isn’t going anywhere because Netflix has a thing for not recognizing their long-term goldmines. So I want to start a campaign right now, a grassroots effort to annoy Netflix into giving us a G.L.O.W. movie because everyone involved with that gem deserves it. #GiveUsAGlowMovieNetflix.

I don’t know how much money they pour into stuff like He’s All That, the Kissing Booth saga, or the ever-diminishing returns that are the movies starring Noah Centineo (I liked the first To All the Boys I Loved Before), but I hope it’s just “Hollywood-scale spare change money” and not “the money that would be better spent in a movie finale for G.L.O.W.” kind of money. Now they are unleashing on us a sequel to, perhaps, the most reviled of Netflix’s teen movies: Tall Girl. You know, the one that begins with the conventionally beautiful main character whining about how difficult it is to be a tall girl in high school. Because you know, the bottom layers of social privilege are populated by slender, six-foot-plus people with symmetrical facial features and amazing hair.

It was almost as if Netflix was actively trying to taunt its audience, tweens, and teenagers in particular. They were watching one too many shows or movies about self-empowerment, so they needed to be taken down a notch with the most toxic of backhanded inspirational content: Beautiful white people suffer too! (Did I mention this is set in New Orleans and yet the lead character feels she is the “disadvantaged” one?).

It was a terrible idea all around, starring actors that are … lacking in the charisma department. But enough people hate-watched it and enough young people tuned in to feel worse about themselves, and Netflix doesn’t forget. The sequel sees the tall girl becoming more confident and dating the friend who “had always waited for her” … Hadn’t we collectively agreed as a society to leave the whole friendzone-boyfriend spectrum in the 2000s along with Ross Geller?

The tall girl joins the school’s musical, she starts losing confidence again, meets an attractive theater kid (because the writers also forgot the memo about pointless love triangles) and she is told by everyone that she is special and deserves to SHINE.

Look, we all know that in the era of social media, teenagers have it even harder when it comes to developing their self-esteem. Movies like Tall Girl are not helping. They are a feature-length version of a classification filter and empty inspirational platitudes written in Stalemate font.

I will repeat this every time I write about crappy content for teenagers: Teenagers deserve better. All of us deserve a G.L.O.W. movie.

If you don’t feel like watching any of the Tall Girl movies, good. Keep it like that. Below are two very funny guys riffing on the first one.


← The Era of Tech-Bro Villains Begins! | 'Weird Al' Biopic Staring Dan Radcliffe In The Works from Funny Or Die →