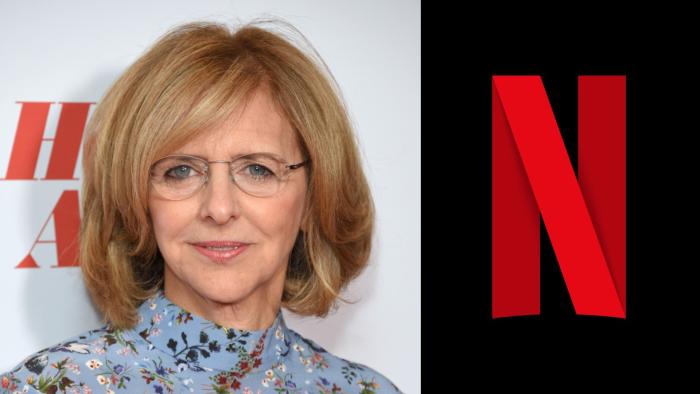 Nancy Meyers Will Release Her Next Film On Netflix, Ending Theatrical Releases For Adults

This is perhaps the smartest thing Netflix could’ve done after falling under the wrong impression that escalating the Streaming Wars meant raising the fees and becoming jerks about password sharing. It was announced yesterday that Nancy Meyers would bring her first film since 2015 to the streamer, after developing a good rapport with Netflix’s head of film Scott Stuber during the production of the charity special Father of the Bride Par 3 (ish). As per usual, she will direct, write, and produce this ensemble comedy. No further details were given, but I think she might be thinking of resurrecting The Chelsea, a project she was developing back in 2013 with Felicity Jones in the lead.

It all makes sense. If I were in programming for Netflix, the first thing I’d do to make my bosses think I’m smart is sign Nancy Meyers for hundreds of millions of dollars. I’m pretty much sure that in net absolutes, her films make more money for the home market than the MCU because her films… how can I say this without her daughter firing shots at me like she did with Vulture’s Meyers-themed special? Her films are perfect when you want quality comfort viewing. When beaten down, a movie by Nancy Meyers was something you always stopped by when jumping cable channels and it’s something that will always be on a streamer’s repeat watchlist. Not to mention that every single thing she has worked on has been a box-office hit or a sleeper success. Every. Single. One. Well, OK, there were a few underperfomers back in the early 90s, but only for writing credits. Every single movie she has directed has grossed at least $90 million dollars in theaters. Businesswise, she has a better hitting average than James Cameron or Michael Bay. Being the last standard-bearer of rom-com blockbusters, you have to wonder, why would she take her track record to Netflix then?

For a while I was under the impression that there were long gaps between each of Meyer’s projects, and that it was because even she had to struggle to get her projects off the ground. In reality, for the better part of the late 90s and the 2000s, she made one film every two or three years. The longest gap (until now) was in between It’s Complicated from 2009 and 2015’s The Intern, and that’s mainly because of pre-production churn on the latter. The truth is that she considered herself retired after finishing the latter, part of her general disappointment at Hollywood’s growing disregard for the kind of hits she made, and the way she made them. Meyer’s films, up to that point, had always been expensive, mostly because they have always been star-vehicles for A-listers, but also because she invested in production design and location shooting*. Adjusted for inflation, probably they all run a $100 million dollar tab in today’s money, except for The Intern, made for a humble $40 million. Netflix can afford those budgets and more, but the question is, why don’t legacy studios invest on the most commercially reliable filmmaker out there?

It is almost symbolic that what might be her last theatrical release premiered in 2015, a year that consolidated the IP-over-concept paradigm that rules Hollywood today. That was the year that saw (deep breath: the first movie of Star Wars’ third trilogy, the seventh Fast & Furious, the fourth Jurassic Park, the second Avengers movie, the first spinoff to Despicable Me and that’s just the ones that grossed over a billion dollars). The Intern stood there as a swan song in a year that was still pretty good for original blockbusters. But this announcement confirms it: COVID gave theatrical releases for adults the final blow. That’s it. There will be specialty theatres and limited releases for film buffs, but I don’t think we’ll ever see major releases for adults ever reaching the big screen on any scale bigger than a thousand theaters in the US. More importantly, this is also a death knell for original concepts that are not from Pixar. Scott Mendelson will tell you that this is also our damn fault for not catching the films we claim we want to see on the big screen, and he is probably right, but it’s also true that there’s a whole generation of studio execs that totally forgot how to promote the kind of movies that required investing in a babysitter. If Nancy Meyers can’t, if Rian Johnson brought the biggest breakout original IP in years to Netflix, if the Russo brothers can’t get a “one for me” freebie unless they do it with Apple. An entire branch of the Film Industry decided adults are but one quadrant of the four they think they need for a blockbuster. But the problem with that reasoning is that you always need to put the children first, simple as that. The problem is not that they do away with adult content, but that they do away with adult themes too. And since as a culture we underestimate children, that means paving over the kind of themes that are appropriate and interesting for younger people and children.

After all, Nancy Meyers films have always been PG-13, as family-friendly as you can get with a movie for adults. Studios and cinemas are simply missing out on extra tickets when they send someone like Meyers to the living room.

*There’s a pro-tip for Marvel and Disney: If Nancy Meyers could take three years and put all that effort into movies that are mostly about dialogues and set indoors, maybe you should spare a few extra months of production and post time for your nine-figure tentpoles.

← Jerrod Carmichael Delved Into How He Crafted His Spectacular New Stand Up Special | Review: With 'Cow,' Andrea Arnold Offers an Unflinching Look into the Daily Lives of Animals Born for Food →