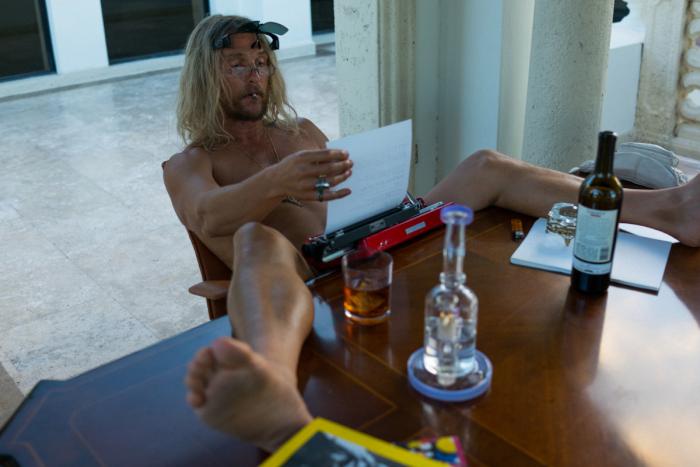 In this Post-McConaissance era, the Academy Award-winning actor is doing far more than living by his motto “Just keep livin’.” He’s lending his big name and famous face to wild projects, like Harmony Korine’s shockingly enchanting Beach Bum and Steven Knight’s CRIMINALLY undervalued Serenity. And he’s teaching college courses on film. His films to be precise.

Indiewire reports Matthew McConaughey has become a professor at the University of Texas in Austin, his alma mater. It’s a promotion for the star, as he’s spent four years as an instructor in the college’s Department of Radio-Television-Film, where he co-taught and helped developed a “Script to Screen” course that tracks the development of a film through real case studies. And what better case studies to explore under McConaughey than the films of McConaughey?

Now, we can crack wise about the Dazed and Confused star being a laughable narcissist for focusing on his own filmology, but it’s hard to be too cynical when students are given access to the script drafts, shot lists, and storyboards from Beach Bum and McConaughey’s upcoming vehicle, The Gentlemen, which was helmed by Guy Ritchie. Those elements are the foundation of filmmaking. Being able to see how ideas move from page to screen is hugely valuable, whether you go into filmmaking or film criticism. Then, McConaughey’s professional experiences on these productions offer deeper insight into the process of filmmaking. And sometimes he brings along special guest speakers. This fall, the class will have exclusive access to director Jeff Nichols’ lecture about his 2012 collaboration with McConaughey, Mud.

No matter how you slice it, McConaughey’s had a fascinating film career and worked with a slew of incredibly acclaimed filmmakers. He’s bringing that knowledge—and in some cases those filmmakers—to students in Austin, where the film community is passionate and thriving. In doing so, he’s not just giving back to the community that nurtured him as a student, but also inspiring a new wave of filmmakers and writers.

Now, here’s hoping the spring semester digs into Serenity. Because I have THOUGHTS!