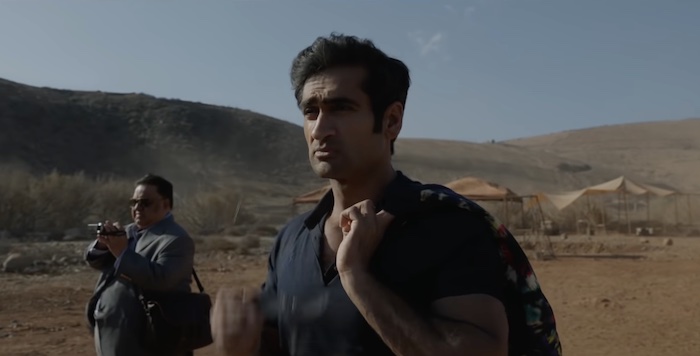 Marvel Drops New Footage for 'Black Widow,' 'Eternals' And 'Shang-Chi and the Legend of the Ten Rings', Plus The Next Phase

Do you remember the rush of being in a packed theater on opening night of a star-studded, action-packed blockbuster? I can still recall the roars from the crowd watching Avengers at the first-midnight showing. I remember the cheers when Cap lifted Thor’s hammer, and years later when he was backed up by all our heroes to take down Thanos. Marvel knows you remember these moments, and so is showcasing several to encourage us back to theaters for their Phase Four films.

The newly dropped promo “Marvel Studios Celebrates The Movies” begins with a highlights reel as a voiceover of the late and beloved Stan Lee talks about community and family. Then, unfurled is new footage from the MCU’s 2021 slate, which includes the prequel Black Widow, the highly anticipated, Shang-Chi and the Legend of the Ten Rings, and Eternals, A.K.A. the movie for which Kumail Nanjiani got buff. Finally, there comes a rush of new titles that will have you aching to return to the thrall of theaters.

Here’s the MCU slate announced in this trailer:

Shang-Chi and the Legend of the Ten Rings: September 3, 201

Doctor Strange In The Multiverse of Madness: March 25, 2022

← Watch the Trailer for 'Heels,' Which Is Like 'G.L.O.W.' But With Dudes | Box Office Report: 'Demon Slayer' Overtakes 'Mortal Kombat' →