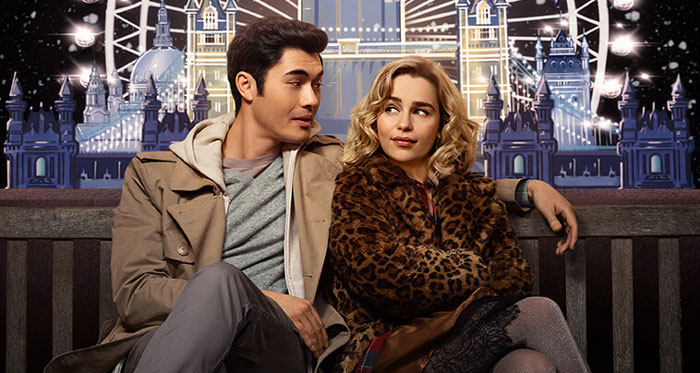 On its surface, Paul Feig’s Last Christmas appears to be a festive romantic-comedy about a vibrant but troubled young woman who receives a new lease on life when she finds love with a handsome stranger. However, this dashing beau is hiding a heart-stopping secret. Below we dig into this and all the questions you might have about Last Christmas’s big reveal.

BELOW ARE SPOILERS FOR LAST CHRISTMAS. BY SCROLLING DOWN YOU FORFEIT YOUR RIGHT TO COMPLAIN ABOUT SPOILER CONTENT. THAT’S THE LAW.

Last Christmas follows Kate (Clarke) an aspiring singer who is obsessed with pop icon George Michael and is in a downward spiral one year after undergoing heart transplant surgery. To run from the fear of her brush with death, she throws herself into booze, sex, shenanigans, and street meat. That is until she meets lovely Tom (Henry Golding), who inspires her not only to take better care of herself but also to think more of others. But Tom’s not just some manic pixie dreamboat here to rescue our hurting heroine from a life of loneliness. He’s also the dead guy whose heart is now beating in her chest.

Now let’s get into the particulars of the preposterous premise to figure out what is Tom’s deal.

Clues about the Tom reveal.

The first clue came in the film’s title. Last Christmas references the bittersweet holiday song of the same name in which George Michael sings:

Last Christmas, I gave you my heart.

The second is in how Tom walks down the street when he and Kate go for a stroll. People clear a path for the blonde and her rolling suitcase, but again and again Tom jumps out of the way of oncoming pedestrians. He does it with a dancer’s flourish, spinning and leaping like he’s about to burst into song. Kate notes this and calls it “weird,” but doesn’t realize the others don’t see him at all.

To that point, because others don’t see Tom, they also see through him. This is why Kate changing clothes in a doorway sparks catcalls from passersby, despite the fact that Tom is “covering” her with his body and coat. Dude’s a better window than a door.

You might also note that no one else is shown interacting with Tom. The closest we get is when the ice rink worker catches them trespassing. He yells, “You get out of here!” But that’s a tricky thing about the English language. “You” can be plural or singular. The man was only talking to Kate.

Then there’s the way Tom vanishes and reappears. She tries to track him to the homeless shelter where he said he works, but no one there knows him. She eventually goes back to his apartment but finds it empty, save for the realty broker who broke her by spilling the beans on Tom’s year-ago death.

It’s also in this sequence where she finds the cellphone Tom refused to carry. Remember what Kate said when he told her he’d abandoned it in a drawer? She compared not having her phone to “death.” Wink!

Each of these bits hinted that there was something unusual about Tom, beyond traditional rom-com quirkiness. But what is Tom? A ghost? A guardian angel? A figment of Kate’s imagination? Let’s consider it.

Is Tom A Figment of Kate’s Imagination?

Once Kate is told that Tom died the year before, she thinks back on their time together, sparking a montage that recalls Fight Club or Joker. Scenes that previously showed the two of them interacting now show one lonely, possibly mentally unwell person talking to thin air. So maybe Tom is all in her head?

In this scenario, Tom would be a delusion or an imaginary friend created by Kate’s brain to help her push through the trauma of her ordeal. However, there’s little evidence for this. The realtor proves Tom Webster was a real person. There’s no evidence that Kate heard of Tom outside of their interactions. So how would she know where he lived or where his phone was kept?

Is Tom A Guardian Angel?

He certainly behaves that way. Tom’s core goal seems to be getting Kate on a good path. It’s his urging that prompts her to return to her parents’ home, where she can be cared for. He cajoles her away from her “rank burger” meal and recommends she stop blazing her nights away in bars. He even takes her ice-skating to help her prepare for her Frozen icescapes audition.

Like Clarence in It’s a Wonderful Life, Tom seems an angel striving to get his wings by pushing a troubled living soul to better appreciate—and thereby better live—their life. A nod to the 1947 holiday classic is even present on Last Christmas’s poster. Note the tagline: 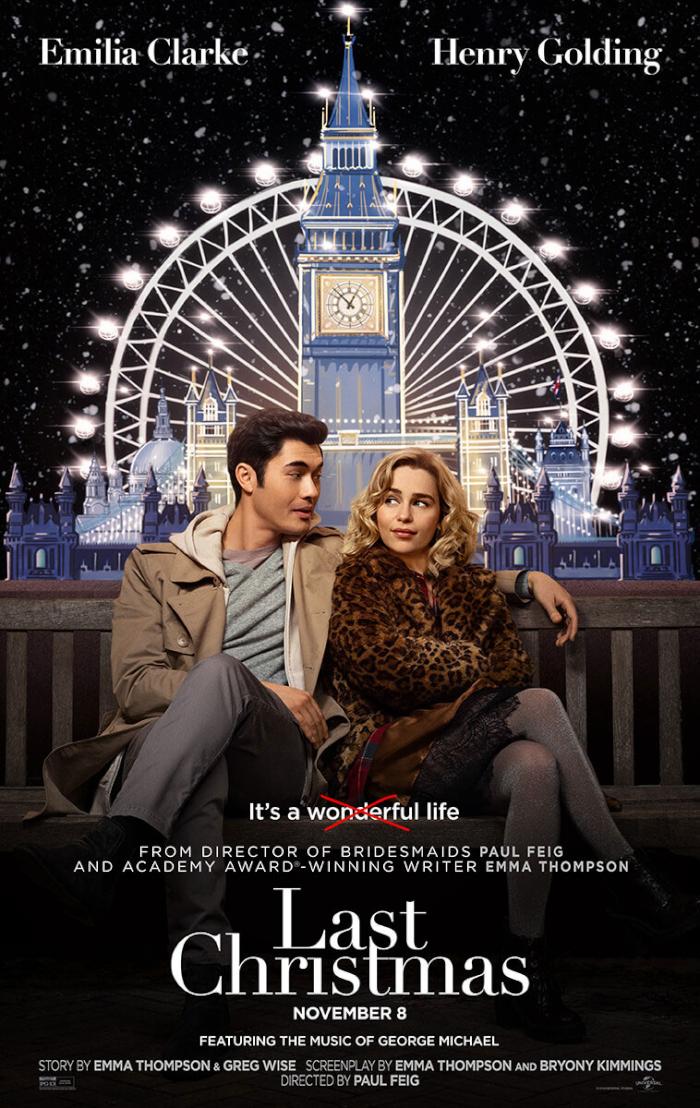 However, despite its Christmas setting, Last Christmas is not an overtly religious film. There’s an opening scene in a church, but its focus is a young Kate singing George Michael in a children’s choir, not Christian devotion. There is no memorable mention of God, and the chief mention of Jesus is in a comedic bit where Patti Lupone debates which nativity statuette she might buy from the Christmas decoration store where Kate works. Notably, most of the decorations therein are secular (Santas and nutcrackers) or flat-out strange (glittery gibbons and robo-ballerinas). All of which undercuts the idea that Tom’s identity is outright angelic.

Is Tom A Ghost?

It seems so! This would explain how Tom was able to vanish, why he could lead her to his empty apartment, and why others never see him. However, there are some complications to this thesis.

When it comes to rules of social interaction, Last Christmas follows Sixth Sense’s lead by never showing its secret ghost interacting with anyone but the haunted. However, Sixth Sense cleverly wove in clues into wardrobe by having their ghost in the same ensemble throughout the film. Last Christmas rejects this rule. Tom is often shown in a v-neck grey sweater, white hoodie and khaki trenchcoat he wore when he died (which is revealed in flashbacks). However, we also see him sporting a black sweater when he decorates the tree with Kate, and a round-neck grey sweater when they cuddle in his apartment. So it seems screenwriters Emma Thompson and Bryony Kimmings cheated a bit when it came to their clues, and not just here.

Throughout the film, Tom touches Kate, physically. He holds her hand, cradles her in his lap, and even kisses her. You could make the arguments that accounts of paranormal activity sometimes include physical sensations of touch. Regardless, he explains why she can feel him, telling her “Because I’m a part of you.” Literally.

This does not; however, explain why Tom can move objects. In their first meeting, She opens the shop door for him to exit, so he never has to move it. But later, Tom will open this door on his own. Later, he’ll tote boxes for her and hang ornaments. But how? Perhaps he’s a ghost who is growing in his power, like in Ghost. There, Sam was not initially able to make contact with the physical world, but through practice and focus he could, poltergeist-style. Still, this doesn’t explain the ice skates.

After they go skating, Tom and Kate part ways at the bus stop and she carries both her and his ice skates on the bus. Let’s assume her white skates were stolen from the broken-in rink. Are his also stolen then moved around by his ghost force? Or are they part of his ghostly wardrobe like the black sweater? Can OTHER people see her carrying the bulky black skates? Or does it seem her left hand is empty? It’s little details like these that might snag on the ghost explanation. Did Thompson and Kimmings not think through them through? Or did they include them as false clues meant to throw us off the scent of Tom’s truth? Of this, I’m not quite sure! Maybe it’s messy. Maybe it just doesn’t matter.

In the end, the ghost option also ties into a Christmas tradition, dating back to Charles Dickens’ A Christmas Carol. Rather than being pestered by the Ghosts of Christmas Past, Present, and Future, Kate’s haunted heart pulls its original owner into her life so he might do one more good deed. She is his unfinished business. Perhaps in another life they might have fallen in love and grown old together. Maybe that’s what he meant when he says his heart was always going to be hers. But in the end, Tom’s gift was not just his actual heart, but also his love, which inspired her to look up to Christmas present and ahead to her future instead of running from her past. 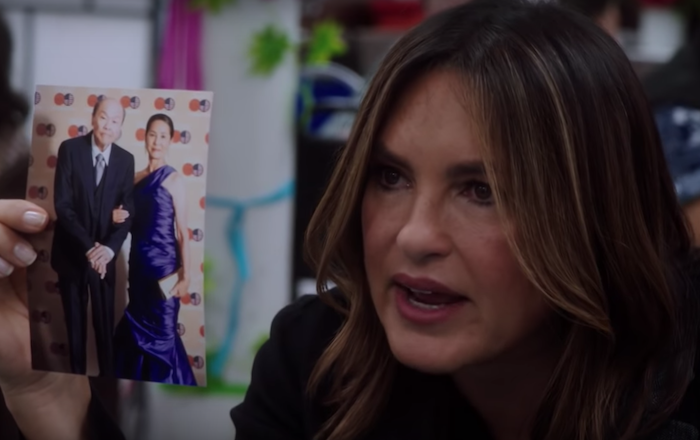