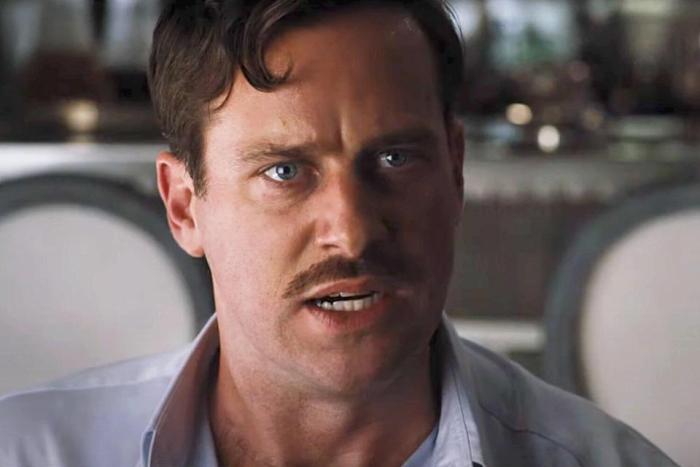 Kenneth Branagh follows up his Murder on the Orient Express, which featured the problematic Johnny Depp, with Death on the Nile, featuring the problematic Armie Hammer. Hammer was booted from basically every project he was working on earlier this year in the wake of … well, a lot of things. Death on the Nile, however, was already in the can, and I suppose Tig Notaro wasn’t available for reshoots. The thing about Hammer, however, is that at least he will overshadow the presence of anti-vaxxer Letitia Wright.

The trailer downplays Hammer’s presence (the back of his head plays a prominent role), although his name does appear in the credits. More exciting is the presence of the terrific Emma Mackey, the break-out star of Sex Education. She’s wonderful. Gal Gadot is also here, along with Sophie Okonedo, Rose Leslie, Tom Bateman, Annette Bening, and oh, uh, Russell Brand, who has been showing his ass this year, too. It’s gonna be hard to find the murderer here since everyone has already been canceled.