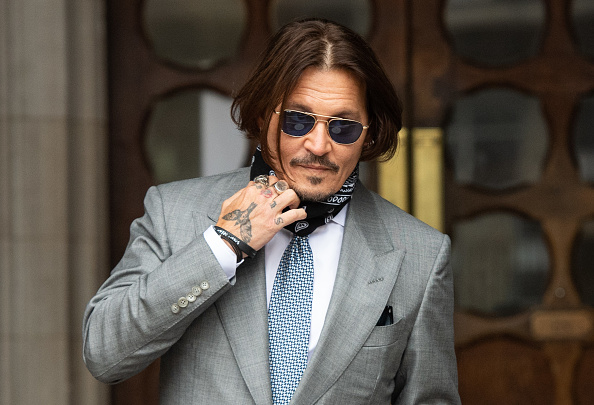 Johnny Depp Set to Direct a Film No One Will Watch

Johnny Depp is reteaming with his Donnie Brasco co-star Al Pacino to direct the world’s least interesting movie for the European arm of production company Infinitum Nihil. Pacino is producing, while Depp will be behind the camera for Modigliani, the first film Depp will direct since 1997’s The Brave with late-career Marlon Brando.

Depp did not show much deftness as a director in ‘97. In fact, The Brave was never formally released after critics shredded it on the festival circuit (“The direction has two fatal flaws,” Time Out wrote, “it’s both tediously slow and hugely narcissistic as the camera focuses repeatedly on Depp’s bandana’d head and rippling torso.”)

Modigliani might be of some interest to some French art history students, but to the rest of the world, not so much. It’s about Italian artist Amedeo Modigliani and is set in 1916 Paris. Modigliani was “long considered by himself a critical and commercial failure,” and the film will navigate “a turbulent and eventful 48 hours that will become a turning point in his life, ultimately solidifying his reputation as an artistic legend.”

Along with Modigliani, Depp will also star as King Louis XV in French filmmaker Maïwenn’s upcoming Jeanne du Barry. It’s unfortunate that Johnny Depp continues to find work, but there is some poetic justice to the fact that the only work he can seem to find sounds about as interesting as swamp ass. It is fitting because the other work Depp continues to find is for Dior, where he promotes a men’s fragrance that probably smells like swamp ass. I suspect that Modigliani will fare no better than Depp’s last film, Minamata, which was not released in the states and earned only $871,165 worldwide, and most of that was in … Russia.