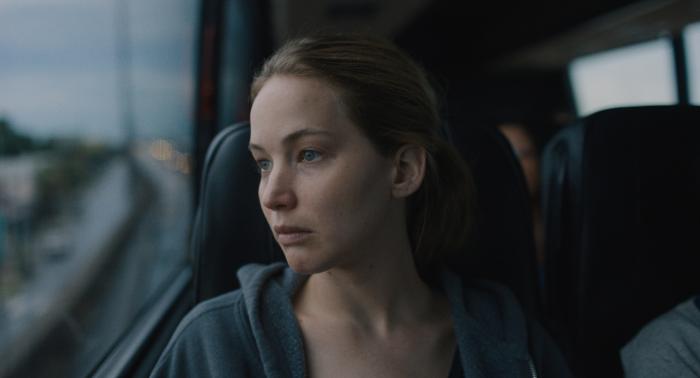 To be fair to Causeway, it did have an uphill struggle ahead of itself, trying to climb into my good graces. ‘A former soldier, suffering from a traumatic brain injury from serving in Afghanistan, struggles to adjust to civilian life back home’— it’s not exactly sweeping the bingo board when it comes to film pitches I’ll be thrilled to watch. I have my issues with Scottish comedian Frankie Boyle, but he did say something about the intertwining of America’s foreign policy and entertainment industry once that lodged itself firmly into my head: ‘Not only will America come to your country and kill all your people, but they’ll come back 20 years later and make a movie about how killing your people made their soldiers feel sad.’

That’s not to say there’s no room for nuance there, of course, as there’s a lot to be said about how the system exploits and destroys even those it uses to destroy others, but it’s the rare film indeed that either a) has an interest in telling that particular story, and b) is capable of doing so in a way that doesn’t fall prey to the insular, jingoistic instincts that run so deep in the American film industry. Causeway, directed by Lila Neugebauer and written by Ottessa Moshfegh (author of ‘My Year of Rest and Relaxation’) and Luke Goebel, feels like it might have its heart in the right place, but it doesn’t develop any of its ideas enough for the viewer to be able to tell.

To be fair—again—to the film, at least it doesn’t trade in any of the cringe-worthy and insulting establishing tropes that often open movies concerned with American aggression abroad. We don’t visit the country being invaded first in order to set things up, so there’s no racist camera colour filter here. No anonymous, foreign brown people either crying or getting shot. No framing of our protagonist as a ‘good’ part of an invading force. Thankfully, we’re spared all that.

Instead, we meet our Lynsey (Jennifer Lawrence) straight away, framed alone and vulnerable in a rehabilitation facility. Lynsey has been returned to the States after a deadly incident with an IED took out a convoy she was traveling in while in Afghanistan; she has been left unable to walk, or brush her teeth or go to the toilet without assistance, and she has trouble remembering people’s faces. The film mentions at one point that Lynsey was in Afghanistan as a member of the US Army Corps of Engineers, which has become a bit of a screenwriting ‘get out of jail free’ card when it comes to tales of American imperialism. ‘Yes, she was taking part in a bloody war of aggression, but don’t worry, she was there to build stuff!’ Apart from a (well-delivered by Lawrence in one unbroken shot) monologue describing how the IED incident went down, the film doesn’t spend much time on the actual conflict. This is meant to be a character study; the war that destroyed a region and affected millions is simply a backdrop.

Director Neugebauer has a background in theatre, and this shows. Causeway is her feature film debut, and unfortunately that shows too. This is a dialogue-heavy movie that seems indifferent to or incapable of taking advantage of the fact that film is a visual medium. Most scenes feature at most two speaking roles, and are shot in flat, uninteresting ways. I’d say it’s reminiscent of TV, but that would be an outdated and unfair comparison as television has become increasingly cinematic in its presentation. Apart from a few shots of the solitary Lynsey, isolated and alienated by her hometown, there is minimal communication of theme or interpersonal dynamics in the camerawork here. I couldn’t help but think of something like Richard Linklater’s transcendental Before Trilogy, which has a similar emphasis on dialogue (though immeasurably richer in content and thought) and a sparse cast, but which weaves that script into a rich cinematic tapestry of beauty, framing, and blocking. It might seem unfair to make comparisons against the very best, but, hey, this is a debut, and there’s nothing wrong with not getting everything right the first time. Artists grow. That’s how it works. Perhaps next time this team will get it right.

At least there are no lapses into maudlin saccharinity, but then again there are no real extremities at all to be found here. The whole endeavour is muted to a fault. Perhaps this is intentional and meant to echo Lynsey’s numb pain and dissociation from the life of her home town that she was so desperately trying to escape. If that is the case, however—and Lawrence’s similarly pitched performance suggests that it might be—then the film still comes up short by not making that reality at least compelling to watch. I searched and waited for something to emotionally invest myself in here, but to no avail. As predictably capable as Lawrence is in the role, the story only threatens to come to life in the moments that the titanically charismatic Brian Tyree Henry is onscreen. But it never really does, and the film’s drama ends up alongside its politics as something that isn’t the worst, all things considered, but also isn’t very good.


← Where 'The Walking Dead' Stands with Two Episodes Remaining | 'The Suspect,' a Murder Mystery with Hot People, Is Not Very Good →
Header Image Source: A24
Most Viewed