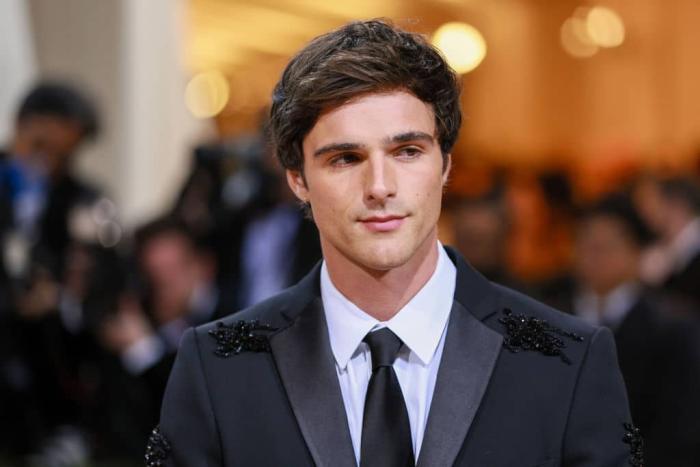 Sorry Jacob Elordi, But We Already Have Elvis at Home

Elvis was one of the big hits of Summer 2022, a flashy and bombastic fairytale-esque biopic of The King himself, delivered with all of the lack of subtlety that has made Baz Luhrmann a star. It’s a fascinating movie that isn’t entirely successful but remains extremely watchable and often thrilling. One of the aspects that works 100% is Austin Butler as Presley. It’s truly one of the best performances of the year, a display of skill and charisma that brings real humanity to an oft-parodied figure. It’s no surprise that he’s one of the frontrunners for the Best Actor Oscar. We don’t envy anyone who has to try and follow in Butler’s footsteps.
So, Jacob Elordi…


Elordi, best-known for his work on Euphoria and the inexplicably popular Kissing Booth saga, is now stepping into the swiveling hips of Presley for the film Priscilla. Written and directed by Sofia Coppola, this biopic will, as you can guess, focus more on Elvis’ wife, who will be played by Cailee Spaeny. It’s an interesting idea for a movie. One of the weakest aspects of Elvis is how little it does with the Priscilla stuff (and how it overlooks their, ahem, questionable age gap at the beginning of their relationship.) Priscilla Presley is an extremely fascinating woman who would later become an actress and essentially revive the Presley estate after his death. She’s the one that turned Graceland into one of the top tourist attractions in the United States. This seems like a great angle for Coppola to tackle, especially since her best films are focused on the melancholy of women of privilege who find themselves in positions of isolation.


So, even though he’s not really the star of the film, Elordi has a lot of pressure on his shoulders. After all, he’s playing one of the most instantly recognizable figures of the 20th century and doing so after another actor received immense acclaim for the same part. It’s the Philip Seymour Hoffman/Toby Jones as Truman Capote battle of our time!

Some people are confused by it all.

What you order What you get
online in the mail pic.twitter.com/y2L2lWIK1D

The more I see of Jacob Elordi as Elvis the more I wanna scoop my eyes out. pic.twitter.com/SfmUXdI783

So, yes, I don’t think he looks much like Elvis, and that might be a problem for some since Butler nailed his appearance in the Luhrmann film. Then again, I’m less concerned as a viewer with how identical an actor looks to the real person they’re playing. I often find that stuff super-distracting, and I find it detrimental to have the focus so heavily on aesthetics in this way. Sure, Rami Malek looked an awful lot like Freddie Mercury in Bohemian Rhapsody but it didn’t help the performance and all I could think about was how effing huge those fake teeth were in his mouth. Besides, even Austin Butler wasn’t as hot as Presley was in his prime (how could any mere mortal be?)

And this is all very Sofia Coppola: The contextualizing of Elvis Presley as his era’s teen heartthrob and how that would appeal to a naive young woman caught in the trap (heh) of celebrity. Consider how Marie Antoinette, which I think is her best film, took historical figures and utilized them to tell what was basically a coming-of-age drama about how much it sucks to be a teen girl. So, why not cast a modern-day teen idol in that role? When asked about his casting in Vogue, Coppola said, ‘I thought nobody was gonna look quite like Elvis, but Jacob has that same type of magnetism. He’s so charismatic, and girls go crazy around him, so I knew he could pull off playing this type of romantic icon.’

Let’s see how this one unfolds.