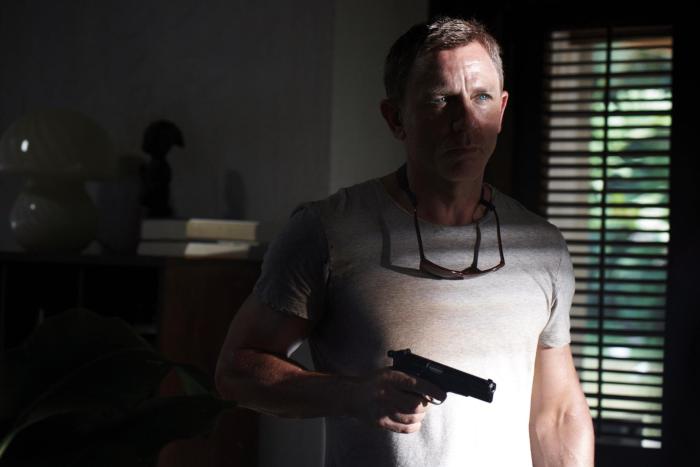 Bond Week: If You Want Great James Bond Stories, Find Them in the Comics by Dynamite

Welcome to Bond Week, in celebration of No Time to Die finally being released into theaters this week. Throughout the week, I’ll be posting James Bond themed-articles, mostly because I love that silly, hugely problematic, and identity-bereft franchise almost as much as Star Wars. And also because of that sweet SEO-money baby. Don’t expect many deconstructions and insights, they will be mostly scattered, just like the entire franchise. One thing you realize about Bond movies is that you have to love it by the parts, not the whole.

I have no intention of spoiling No Time to Die, more so if you are in the States or you’re waiting for the digital release. But you might be getting an idea by now, say, based on the reviews, that Craig’s final outing came up short. But that’s hardly surprising; mixed results are a feature of any version of Bond, whether the sample size is Timothy Dalton’s or Roger Moore’s. Even George Lazenby, who starred in a single outing that happens to be the best in the franchise, fell prey to this by virtue of … well, Lazenby not being the best performer out there.

I could devote an entire column trying to break down why we see the quality going up and down with every installment, but if I had to choose one factor, it would be the lack of a cohesive identity. Not in the ways each actor has portrayed 007, but in the ways EON Studios doesn’t know exactly what to do with him and what he represents as the world moves forward, that is, after Connery: Should they be pure entertainment or something more?

So far, that’s a question they haven’t had the need to answer because every single Bond film has been a huge hit. There’s not a single flop, not even those glorified legal bootlegs that were 1967’s Casino Royale and Never Say Never Again.

But if you want more from Bond, if you want a taste of what the franchise could be without having to trade on what makes up the idiosyncrasy of the character (and not because it celebrates him but because it puts him into question), then you must check the stories published from 2015 onwards by Dynamite Comics.

Dynamite Comics, publisher of The Boys, Vampirella and Red Sonja, also have the licenses for a vast collection of classic, pulpy characters, like the Lone Ranger, the Green Hornet or Zorro, publishing new takes on these by making the best out of the freedom of being published by an independent house, aimed at ages 16 and older. As Dynamite struck a licensing deal directly with Ian Fleming’s estate, they don’t have EON breathing down their necks, giving the authors a wide berth to explore and reappropriate the character. Also, let’s face it, as commercially successful as this series has been, these licensed comic franchises are not big enough to compete with EON and I doubt they’ve noticed them. On the other hand, EON should pick up the rights of these storylines (and actually pay the creators, don’t be a Disney).

The main series has had eight arcs in the regular storyline, a 12-issue adaptation of Goldfinger, one-shots, and spin-offs focusing on the people surrounding Bond. In addition, there is a miniseries narrating Bond’s teenage years, based on the character’s original, World War II timeline. But the core series is firmly planted in the present and does a great job of showing how 007 would deal with the scale of greys and generalized shitshow of our current era: the same amount of cold-blooded killing, the same amount of (now consensual) bedding, the same amount of dettached wit, the same amount of outrageous stunts, but with the realization now that those over-the-top, madman villains are mostly real, and they are the ultimate threat to whatever Bond is supposed to stand for.

The series has had a rotation of amazing artists and writers, but we need to get something out of the way: The originator was this motherfucker. Fortunately, he only wrote the first two arcs, and though there are some threads running through all the arcs, you can skip them. The following are much better … which in this case means remarkable, because … ugh!, the first two arcs are excellent.

The following arcs have been taken over by authors and artist that include Vita Ayala, Danny Lore, Ales Kot, Luca Casalanguida, Greg Pak, Eric Gapstur, Dave Johnson and Roshan Kurichiyanil, among many others. The styles and formats are all over the place in the best way: these creators love the character but work it from a place of experimentation and deconstruction. And as I mentioned before, this is a Bond that is not operating outside our current context, or as people that think they are nerds describe it: THEY MADE JAMES BOND WOKE. And yes. Well, perhaps more enlightened than even Craig’s version. Also, I love the fact that all of them have very James Bondian names.

In fact, several of the plotlines and, in particular, the one shot Service, addresses post-Brexit Britain and its nationalistic idiocy. But if there is one arc that encapsulates the amazing output of this series, it is The Body, written by Ales Kot and illustrated by a rotation of artists, in which the brutality and emptiness that is the life of a spy/glorified assassin is explored as an anatomical study of Bond’s multiple wounds and trauma. It dares to raise the question: What should an idea like James Bond stand for in this day and age? Well, issue number three answers that by having Bond gunning down a neonazi cell. Not because his cover was blown; he simply had had enough of their shit. Several of the villains in the main storyline are fascists, usually part of a bigger plot by SPECTRE, but the authors make it clear that the fantastical villain and the real threat are part of the same continuum. Is there much difference between a Steve Bannon, a Roger Mercer and a Blofeld?

The comic-book medium also gives Bond something that might never work in the movie adaptations: His inner dialogue, rounding up a character that has always been portrayed as someone who acts when others talk. An oft-repeated discussion among Bond fans is which iteration of the character is closer to what Fleming had in mind, in fact, this series was promoted in much the same way: “A Bond closer to the original (but updated)”. The thing is, the cold-blooded killer, suave-seductor is present in every single interpretation of 007, even in Roger Moore’s, they just respond to the trends of their time. The comic book run by Dynamite is the first that dares to actually characterize Bond, beyond his trademarks.

If you are interested, please do check the spin-offs, in particular, the one-shots dedicated to M and Moneypenny. The latter here is depicted as one of those hidden badasses with no time or patience to even flirt with James, probably what they had in store for Naomi Harris’ Moneypenny if EON had bothered to give her more screentime. My personal favorite is the one centered on M, who in this version is a Black British man. The issue has him returning to the place where his career as a field agent started: Northern Ireland. It depicts his moral dilemmas as a spymaster and as a defender of whatever the U.K. is supposed to stand for, by placing him in a war in which he, technically, should be a neutral party.

A commonplace regarding comic-books as a medium is that they have all the visual advantages of film, but without the constraints. This is mostly true, but with Dynamite’s Bond series the opposite is true: Bond movies have never been constrained in terms of visual spectacle, but the character and his world have, micromanaged into an empty vessel and an average baseline, but a hugely profitable one. The comics prove that this trade-off is not necessary.

← Review: 'The Many Saints of Newark' Reminds What a Good Show 'The Sopranos' Was | Spoilers: What Happens in the End Credit Scene in 'Venom: Let There Be Carnage' →