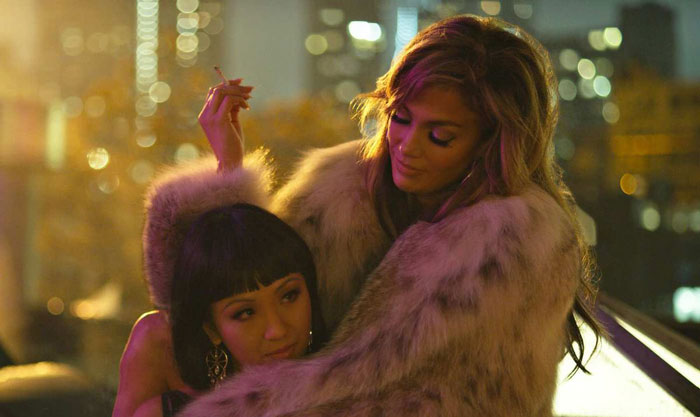 Ahead of the Academy Award nominations, Lorene Scafaria’s Hustlers is lining up award nods at the Golden Globes, the SAGs, The Spirit Awards, and a slew of critics guilds, including GALECA. However, this talented writer/director is looking beyond these red carpet events to the Great White Way.

Variety’s Senior Events & Lifestyle Editor Marc Malkin spoke with Scafaria about this bold ambition at the Golden Globes. He was inquiring about a possible Hustlers sequel, when she surprised him with, “Broadway.”

What kind of music will be in the #Hustlers Broadway musical? "It's going to depend what Usher lets us do," says director Lorene Scafaria https://t.co/SUepqREPNa #GoldenGlobes pic.twitter.com/8tO1sehEhR

Scafaria revealed she’s started adapting the true-crime film into a stage musical. Asked whether it’d be a jukebox musical (pulling from known pop songs) or feature original music, she said, “I think you can have a little bit of a mix.” She added, “It’s going to depend on what Usher lets us do, really,” referring to a sequence where the dancers at the strip club party with the singer while his own song blares.

Of course, the big get would be Fiona Apple’s “Criminal,” which plays iconically over the pivotal scene that serves as Jennifer Lopez’s jaw-dropping introduction, a sexy, acrobatic, and cinematically captivating pole dance that’s easily one of the best movie moments of the year.

While the music’s source is currently undetermined, Scafaria has a solid pitch for financiers. She wants to “bring the club to the theater.” And why not? It worked for The Full Monty. That stage musical adaptation of a stripper-centric movie ran for two years on Broadway, scoring 9 TONY nominations. Plus, an array of movies-turned-musicals have been popping up, including Mean Girls, Frozen, and Beetlejuice.

Another exciting possibility: What if Lopez deigned to reprise the role of Ramona for Hustlers’ Broadway debut? Imagine seeing some variation of THAT “Criminal” routine live! Tickets would become as hotly sought as Hamilton’s. She could stomp her way toward EGOT and blow us all away.

← How The Media Keeps Gaslighting Bernie Sanders | This Week on Podjiba: It's The Midseason Television Preview! →