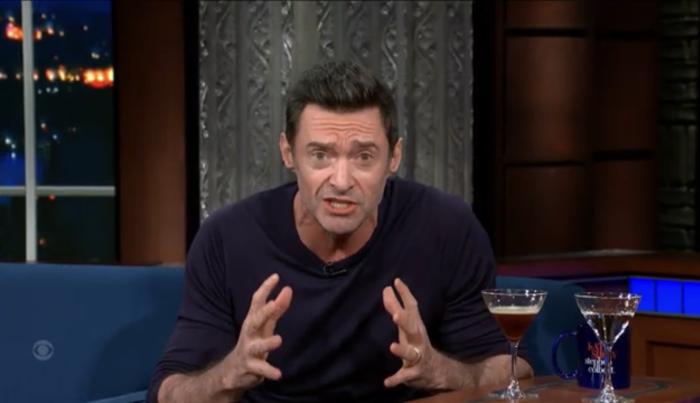 Hugh Jackman Pleads With The Oscars Not To Nominate Ryan Reynolds

A new Deadpool movie is on the way. Joining Ryan Reynolds for this go-round will be Wolverine extraordinaire Hugh Jackman. The two men are notorious for their friendship, and their playful feud. They won’t shy away from publicly taking shots at each other. That said, Hugh Jackman took their feud to a whole new level.

Jackman, having just finished a Broadway run as Henry Hill in The Music Man, stopped by The Late Show with Stephen Colbert. After an espresso martini, courtesy of the eponymous host, Jackman got to talking about Wolverine. He’s already getting into shape for the role, but he needs for something not to happen. He needs Ryan Reynolds to not be nominated for an Oscar.

A song Reynolds sings in his new Christmas movie Spirited was short-listed for an Oscar. That’s great news, but not for Hugh Jackman. According to ole Hugh, Reynolds would be insufferable if he were nominated for an award. We all know a person like that, friend or not.

This kind of playful ribbing is a joy to behold. Mainly because, being slightly tapped into the Broadway world, I can confirm that Hugh Jackman is a very nice man. Especially when it comes to front-of-house staff and crews. If that means he occasionally had to publicly sabotage his good friend, I’ll take it.