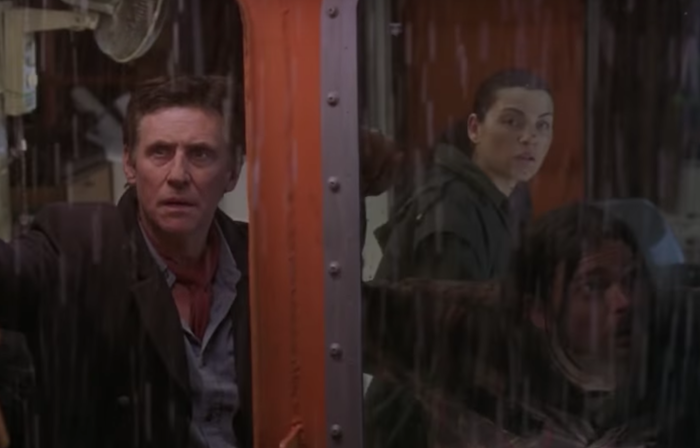 What is Ghost Ship? Well, if I recall correctly, it’s a 2002 movie about a haunted cruise liner in the middle of nowhere where Juliana Margulies, Gabriel Byrne, and Ron Eldard do some shit, but things don’t work in Ron Eldard’s favor. Other than that—I don’t remember a thing. However, it will NOT stop me from asking you to rent it on the streaming platform of your choice when you ask me “so what do you want to do?” when we either come home for the night, or never leave the house because we have no good ideas on where to go out.

Ghost Ship didn’t wow the critics in 2002, but you know what? I didn’t wow my high school teachers in 2002 and I turned out OK so maybe that’s something I have in common with Ghost Ship. What part of a ship with ghosts doesn’t speak to America?

Look—am I telling you to give up everything and go rent Ghost Ship on streaming on the off-chance it’s better than I remember?

Yes. I am absolutely saying that,

Ron Eldard was an underrated hot dude in 2002, and Gabriel Byrne could certainly get it. Let’s also not forget that Juliana Margulies is gorgeous. So go watch Ghost Ship on this fine Saturday and let the fates lead you where they may. I look forward to your Ghost Ship comments, in the comments. If not, I’ll see you in hell—or on a Ghost Ship, whichever comes first.

← Review: Does Netflix's 'All the Bright Places' Have a Happy Ending? [Spoilers] | Review: Season Two Of 'Altered Carbon' Is An Entirely Different Sleeve →