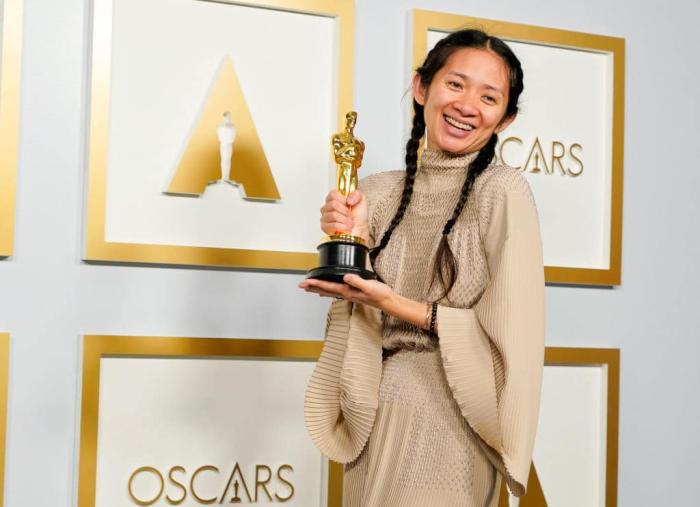 How to Actually Fix the Oscars

I regret to inform you that the Academy is at it again. As though introducing a fan vote award wasn’t messy enough, the folks behind the Oscars have announced further changes to the upcoming ceremony. Eight categories will not be awarded during the live ceremony, awards that include score, sound, and the short films. Those awards will be handed out earlier in the ceremony an hour before the broadcast, and clips of the speeches will be folded into the show. This is the same tactic the Tony Awards and BAFTAs use, something that has been widely criticized as rude and disrespectful towards the nominees in their respective fields. Academy President David Rubin wrote in a letter that went out to the group’s membership: ‘After carefully listening to feedback and suggestions from our film community, our network partner, and all those who love the Oscars, it was evident we needed to make some decisions about the broadcast that are in the best interest of the future of our show and our organization.’ The new plan will allow more time for comedy, film clips and musical numbers, Rubin explained. Because, you know, that’s what we all wanted: more James Corden improv.

The pushback was swift, as it was when the Oscars last tried to pull this crap. Yet it’s been, if nothing else, a helpful reminder of the ever-skewed priorities of the group who has earned the label of unbearable prestige almost entirely through default. The Oscars are the biggest name in town and yet they don’t seem to understand why people care (or don’t) about them. It’s a lacking of self-awareness that’s almost impressive. Every year, there are complaints that the ceremony is too long, but I cannot for the life of me imagine this phantom viewership the Academy is chasing who will excitedly tune in this year if the show is shorter and has less to do with cinema. It’s like watching the Labour Party try to pander to racists: they’re not going to be converted by your pandering and your abandonment of your roots will just piss off the loyalists.

The Oscars still pulls in big numbers for a live network TV broadcast. The demographic is smaller now but that’s because they’re all smaller these days. Audiences don’t have to choose between four networks and it’s bonkers that executives still make decisions based on this dated nostalgia. Maybe you won’t get all the viewers that night but I’m sure plenty of them will watch all the speeches on YouTube the next day (far more than any comedy monologue.)

All these changes make it seem as though the Academy doesn’t even care about film or their own industry. If they don’t want to celebrate their colleagues and they don’t want to entertain the people who are guaranteed to watch every year, then what do they want to achieve? This consistent degradation of a very basic ethos will not give them the benefits they seek. It fixes nothing, mostly because I’m not sure the ceremony was ever broken. If it’s in pieces, that’s because of these desperate gimmicks designed to pander to a mythical fence-sitting viewer who would care about the Oscars if it weren’t so dang focused on movies. But if they’re so insistent on ‘mending’ things then I have a few solutions, ideas from a person who, for better or worse, cares about this crap.

ONE: DON’T CUT ANY CATEGORIES

This one seems like a no-brainer. You want to celebrate film? Then you don’t get to pretend that your below-the-line workers are expendable. It doesn’t matter if you think it’s ‘boring’ to see someone win an Oscar for Best Animated Short, a category that’s existed for decades, long before we ever got a Best Animated Feature one. The labor deserves credit and so do the people who work all their lives to receive that award. Who’s the person thinking, ‘Oh I sure would love to watch the Oscars but only if they stop spending precious minutes awarding composers and documentary filmmakers’? Trying to pander to that chump is pointless.

People who care about the industry and artform have been crying out for some long-overdue new categories. Why is there no Oscar for casting? What about choreography? Hell, the Oscars are so pathetically eager to get superhero movies on the show but don’t consider awarding stunt work and coordination? If you can’t get people excited about that then you’re not good at hosting an awards ceremony.

And while I’m at it, bring back the honourary awards! Those winners get their own ceremony that is not televised and that sucks. This year, we won’t get to see legends like Elaine May, Liv Ullmann, and Samuel L. Jackson be awarded because we need more time for comedy skits. Some of the greatest Oscars moments of all time come from the honourary winners, like Stanley Donen and Blake Edwards.

THREE: DON’T PLAY OFF ANY SPEECHES

It’s always patronizing as all hell when someone is pouring their heart out on stage, only to be drowned out by the theme from Jaws. People work their whole lives to get on that stage and I’m fine with them getting more than 45 seconds (not that this rule is applied equally given that the big stars can ramble as they please.) If you don’t like the speech then just hit mute on your TV and tweet about it.

Who wants more awkward skits and monologues that don’t land?! Who asked for more cheap shots at the older nominees and Billy Crystal’s abysmal mind-reading bit? Sure, some moments do land when you have the right combination of talent and time but there’s a reason that nobody wants to host this event. Trying to make it consistently funny is one of the most thankless jobs in showbusiness. I think ABC wants the Oscars to be more like the Tonys, but that’s a theatre kid extravaganza and the film world doesn’t share that kind of energy. Focus on the film. Speaking of…

FIVE: ACTUALLY FOCUS ON FILMS AND THEIR MAKING

The Oscars often seem utterly uninterested in the medium they celebrate. They seem to think that it’s impossible to get viewers interested in, say, the mechanics of sound editing or details in costume design. Give your audience some credit. Let’s dive into the ins and outs of how films are actually made. Dedicate some time to exploring each category. At least pretend you care.

A couple of years ago, I made the case for moving the Oscars to Netflix. ABC won’t let go of the rights because, despite all the complaining, the ceremony is still a profitable venture for ad revenue. Still, it seems pretty clear that the drive for money is the biggest force behind all of these nonsensical changes. Capitalism, am I right?

I don’t foresee any of my clearly excellent ideas coming to fruition, not as long as ABC and the Academy continue to kill off the Oscars via death by a thousand cuts. Still, it seems worth reminding someone, anyone, that art of all kinds is worth celebrating and is far more valuable than a once-a-year ratings battle.


← Arun and Natalia are the Luckiest (and One of the Worst) 'Amazing Race' Teams Ever | 5 Shows After Dark: 'Law & Order' Season 21 Premiere, 'Grey's Anatomy' 18th Season Winter Premiere →