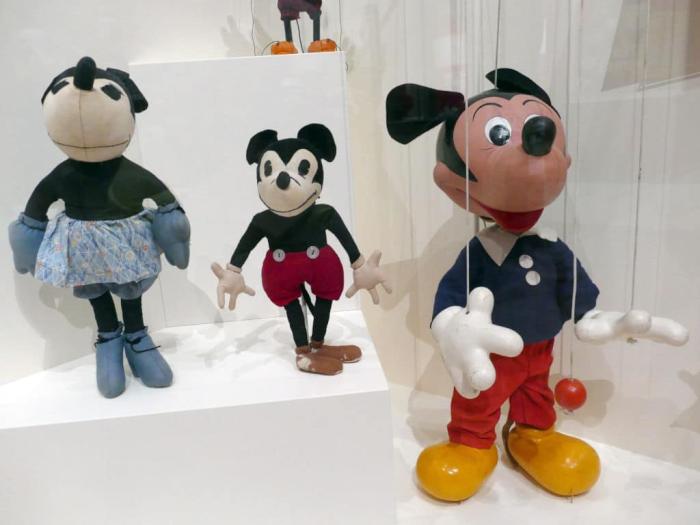 At the beginning of 2019, something happened that hadn’t occurred in 21 years: A significant portion of copyrighted works published in 1923 fell into the public domain. Copyrighted works that entered the public domain in the United States include The Murder on the Links by Agatha Christie, Cecil B. DeMille’s original 1923 silent version of The Ten Commandments, and Harold Lloyd’s Safety Last! In 1998, works published in 1922 or earlier were in the public domain, with 1923 works scheduled to expire at the beginning of 1999. Well, that was the plan before the Sonny Bono Copyright Term Extension Act passed Congress and added another 20 years to the terms of such works. Originally, under the Copyright Act of 1976, copyright would last for the life of the author plus 50 years (or 75 years for a work of corporate authorship). The 1998 act expanded these terms and thus effectively froze the advancement date of public domain for decades. This law is often referred to as the Mickey Mouse Protection Act. I’ll give you three guesses as to how it got that nickname.

The Walt Disney Company has been one of the most prominent lobbyists for copyright extension since the early 1990s, around the same time there was a vague risk of Mickey Mouse slipping into the public domain. Mickey, the undeniable icon of the brand, made his debut in 1928’s Steamboat Willie. Under the 1909 Copyright Act, the character was entitled to 56 years of copyright protection before it would enter the public domain. By the time that date drew near in 1984, the company was desperate to cling to one of their guaranteed money-makers, especially since the past decade had proven financially tough for them and their legendary animation studio was even at risk of being shut down. Walt Disney himself knew the value of having a recognizable symbol, an unforgettable bastion of iconography, at the center of his business, and cuddly Mickey Mouse figures proved to be a guaranteed source of revenue for decades, even as the company’s creative output lessened.

It didn’t take long for the company’s very well-paid lawyers and lobbyists to get to work on Congress. The end result was the security of knowing Mickey would now be protected for 75 years in total. In 1997, the extension act increased protections to 95 years. As noted by Lucentem Sports & Entertainment Lawyers, the company’s Disney Political Action Committee spent a total of $149,612 contributing to campaigns of politicians who would later vote on the bill. Records show the vast majority of the bill’s sponsors — 19 out of 25 — received money directly from then-CEO Michael Eisner. And thus the Mickey Mouse Protection Act was born.

Congress has reversed public domain status several times in the past. The most prominent example is the iconic Frank Capra movie It’s a Wonderful Life. The Jimmy Stewart movie was a box office failure in its day, and while it did receive several Oscar nominations, at the time it wasn’t immediately revered as the classic it would become. Liberty Films, the independent production company co-founded by Capra, was dissolved in 1951 and its scant filmography incorporated into Paramount’s library. However, due to a clerical error, its copyright was not renewed properly in 1974 and it fell into the public domain. This was part of the reason it became such a TV staple during the Christmas season. While TV stations still had to pay royalties to screen it (the images were in the public domain but the story wasn’t), it was still cheaper to do so than for other titles. In 1993, the film was successfully argued at the Supreme Court as still being subject to copyright, and since then, Paramount has retained rights to the movie. Some supporters of copyright extension praised this decision because it allowed for better prints of the movie to be shown since the various versions used for TV Christmas screenings were in horrible condition. Proponents of the bill also claim that the public domain does not necessarily allow for more widely available or strong quality art.

As Ars Technica pointed out in an article from this year, many people expected another bout of Congress lobbying and corporate battles for copyright extension in 2018. It’s not as if the Trump administration would have been unsympathetic to the struggles of the scrappy underdogs at Disney, after all. However, it didn’t happen, and there haven’t been any political rumblings to suggest such a thing is a pressing priority for the current Congress. 2023 is set to be the date when Mickey Mouse’s copyright protections finally expire. However, the chances are you, the average artist, still won’t get a chance to use the character for your own artistic purposes. Even if the copyright expires, Disney still has multiple trademarks on Mickey Mouse and assorted terms. This may be because Disney is comfortable with the protections of trademark over copyright, or because even the mighty House of Mouse knows that to repeat their lobbying attempts would incite an online furor that they couldn’t muster their most devoted fans to fight against. Mickey as a character has changed multiple times over the decades but his status as a brand is what has endured, and Disney has always done very well in that business.

In this example, they would be following in the vine-swinging footsteps of Edgar Rice Burroughs’s Tarzan. Even when the copyright on Tarzan of the Apes expired in the USA and elsewhere, Burroughs had been savvy enough to trademark the name and ensure that no other entity could use the character without the permission of the creator or his subsidiaries. This may also explain why Tarzan, which was one of the true icons of 20th-century literature, has had less of an impact on modern pop culture in comparison to, say, Sherlock Holmes, a character who has appeared in endless adaptations and re-imaginings that keep him relevant and up-to-date with modern tastes.

What remains striking — and highly depressing — about these bills and their attempts to endlessly extend copyright are how their power applies to so few people and companies. The biggest benefactors of this expanded revenue are Disney (of course), and the grandkids of people like the Gershwins and Oscar Hammerstein. When every British football team breaks out into a sing-along of ‘You’ll Never Walk Alone’, you know there’s a distant family member wanting to claim what they see as theirs. So much of this supposed protection of artistic property decades beyond their death really has little impact on working artists and the like. Sure, families will still benefit, but the bill wasn’t created for their sakes and everyone knows it.

Given how much power Disney alone has accrued over the past decade, it should be a much bigger deal to the general public that their endlessly successful lobbying to change copyright law in their favor has completely rewritten the rules of democracy. The public domain is not a place where art goes to die and the institutional protections of copyright for mega-corporations aren’t a benefit to all. Proponents of the bill tried to argue that without close to a century of copyright protection, artists would not want to create. Alas, this is how capitalism rears its ugly head into the beauty of art, but the very least we can do is understand who the real winners and losers are of a world where the Mickey Mouse Protection Act is king.