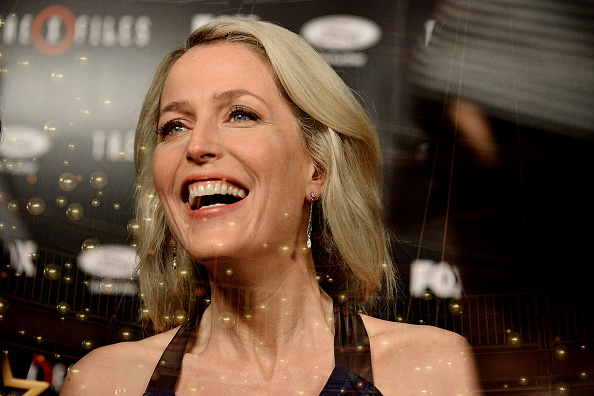 Gillian Anderson Has Retired Her Bra

I’ve never worn a bra in my life because I have never had a reason to, so I have never known the pain of wearing them. But I do see those creases they leave behind when they come off at the end of the day — indents left because of the pressure of wires and clasps on the skin — and I can only imagine how uncomfortable it is to do that to one’s self every single day. I mean, hell: I don’t even like to wear glasses because gravity leaves my nose and ears in a state of constant discomfort and because men are weak.

Well, Gillian Anderson, for one, has had it. Anderson added to her list of Emmy nominations yesterday (her sixth, with one win among them) with her performance as Margaret Thatcher in The Crown. Meanwhile, during an Instagram Live session, Anderson also admitted that — after a year in lockdown — she’s done with bras. Done.

“I don’t wear a bra anymore. I can’t wear a bra. I’m sorry,” Anderson said. “I don’t care if my breasts reach my belly button. I’m not wearing a bra, it’s just too f***ing uncomfortable.”

Bra-wearers of the Internet united behind the star of Sex Education. Some guy somewhere, meanwhile, has also probably vowed not to wear pants, which is not quite the same thing and could get him arrested in certain parts of the city. But whatever: Live your truth, y’all.

← Tennessee Sides with Tetanus, Polio, and HPV in the Fight Against Vaccines | Coffee Time with Korg & Deadpool →