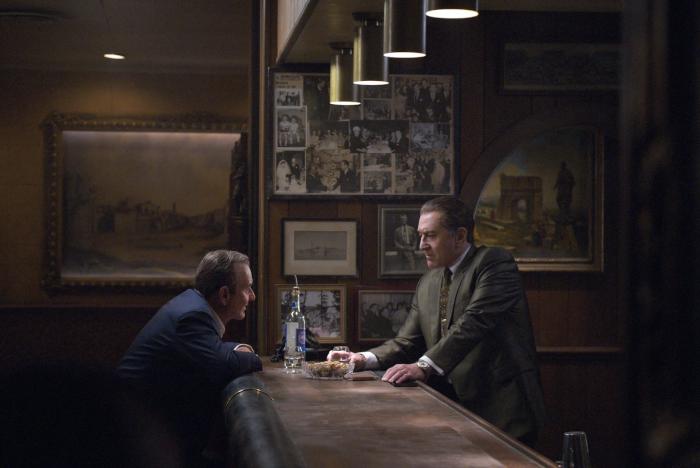 Martin Scorsese’s jump to Netflix was one of the first real signs the movie world had that the streaming service was not screwing around with its plans to compete with Hollywood. The director has wanted to make a movie out of the story of Frank Sheeran, a labor union leader and former hitman who was linked to Jimmy Hoffa, for many years. After Silence under-performed, he jumped ship from Paramount and landed at Netflix. The Irishman is rumored to be his most expensive movie ever, with an alleged budget of around $200 million, in large part thanks to the use of de-aging technology to allow the actors to cover a greater period of history. Well, now we can see the first trailer for this passion project.

The film will have its world premiere at the New York Film Festival on September 27, 2019, and will receive an Oscars qualifying theatrical release, although it’s unknown how long that will last. Netflix’s unwillingness to give their original movies a wide theatrical run has remained a topic of contention, and there was talk that Scorsese had requested one for this movie. Whether or not that happens remains to be seen, but Netflix will push this thing hard for awards success. Between this and Noah Baumbach’s much-hyped Marriage Story, which is playing at Venice, Toronto, and New York, the service has a lot to brag about.

← Kelly McGillis Won't Be in the 'Top Gun' Sequel Because She's 'Old and Fat' And She's Just Fine with That | Fantastic Fest 2019 Announces Its First Wave, Including 'Jojo Rabbit' →